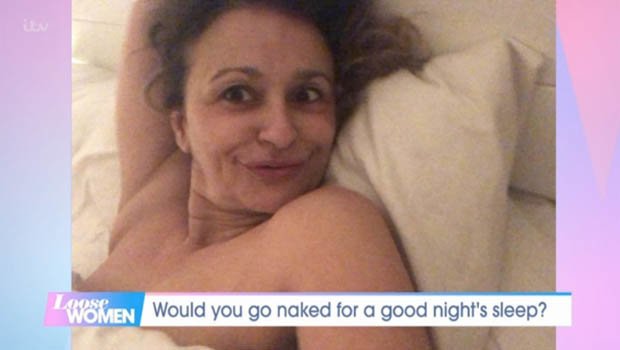 The ITV Loose Women cast member stripped off for some naked photos for the panel’s latest discussion.

Nadia Sawalha, 54, posed nude and herself, Andrea McLean, Jane Moore and Brenda Edwards talking about whether they like to sleep naked.

The women were talking about sleeping in the nude as it has been claimed that those who do get a better night’s sleep.

Apparently, being too hot when you sleep can reduce your melatonin production (the hormone that regulates your sleep).

“I felt vulnerable and ridiculous”

It has also been claimed that wearing bedclothes that aren’t conducive to breathing can heat up your body temperature fast.

However, Nadia wasn’t convinced at all.

The TV star said she slept naked to try out the theory and “hated it”. 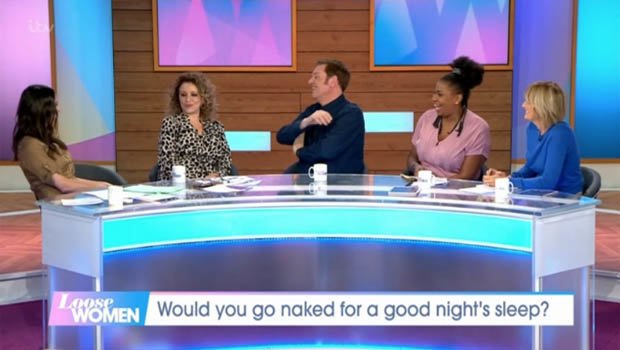 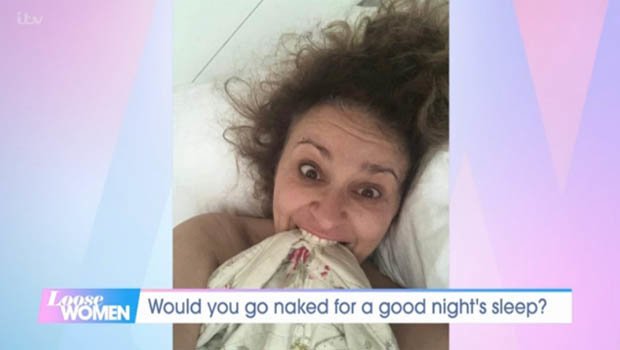 Too prove she carried out the experience, Nadia shared some naked selfie from her bed.

However, she made sure she kept things PG as she covered her intimates with her duvet. 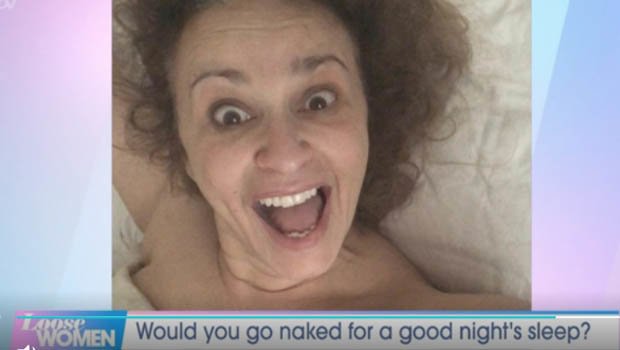 Nadia is known for being controversial on the show.

Last Friday she told her fellow cast members that she would support it if something wanted to kill a healthy dog so that they were buried with their owner.