Joe, 22, was seen suggesting to Lucie, 21, before the recoupling on Sunday night’s instalment of Love Island she should spend more time with the female contestants after the girls raised concerns they hadn’t seen much of the islander.

Lucie has stated on several occasions she gets on better with boys and has spent some of her time in the villa joking around with Tommy Fury, 20.

After making his suggestion to Lucie she should stop spending time with Tommy, Joe left her in floods of tears as she began to doubt her romance with the catering company owner.

Since then, Joe decided to recouple with Lucie on the ITV dating reality show, but his suggestions towards the surfer left fans unsettled with more than 300 complaints made to broadcasting watchdog Ofcom.

After Lucie was seen in tears, former islander Malin Andersson, 26, took to Twitter and wrote: “Can the producers make sure Lucie is OK please?”

A second posted: “Joe is sooooo controlling!!!! Lucie, get out girl,” with a third adding: “Joe seems unbelievably insecure and controlling. Feel for #Lucie #loveisland.”

Whilst a fourth opined: “Its actually becoming uncomfortable to watch how everyone is treating Lucie. I’d genuinely worry for her mental health.”

This Morning presenter Holly Willoughby, 38, also offered her opinions on the situation on yesterday’s show, saying: “There’s no way he should be telling her who she should be hanging out with. I didn’t like it.”

An ITV spokesperson told Express.co.uk: “We take the emotional well-being of all the Islanders extremely seriously.

“We have dedicated welfare producers and psychological support on hand at all times who monitor and regularly speak to all of the Islanders in private and off camera, especially if someone appears to be upset.” 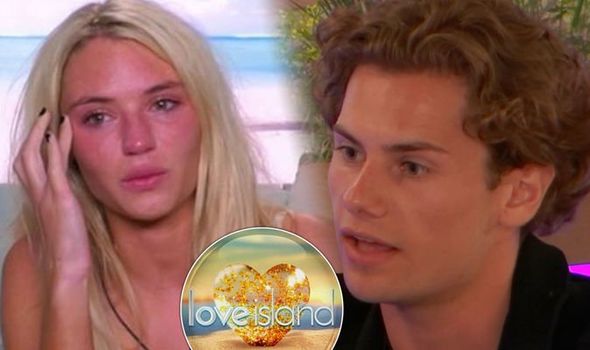 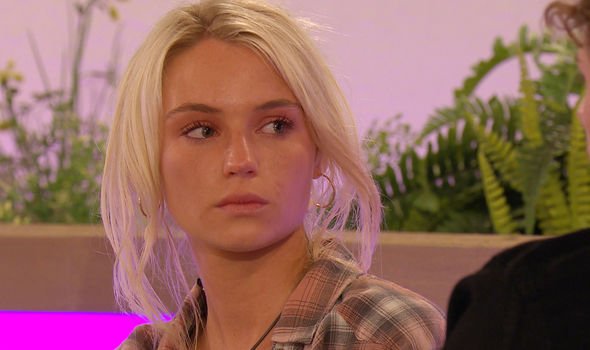 The statement continued: “All the Islanders are therefore fully supported by the professionals on site and by their friends in the villa.

“This means Islanders are always able to reach out and talk to someone if they feel the need. We will of course continue to monitor all of our Islanders in line with our robust protocols.

“Love Island holds a mirror up to relationships and all the different dynamics that go with them.”

A source close to Joe said: “Joe is a great guy and you can tell how much he genuinely likes Lucie.

“Any suggestion online that he has been ‘gaslighting’ is unfair, you can see he only wants the best for Lucie and their time together in Love Island.”

Joe and Lucie are both in danger of being dumped from the island tonight after their fellow islanders decided they were one of the two couples who are least compatible in the villa. 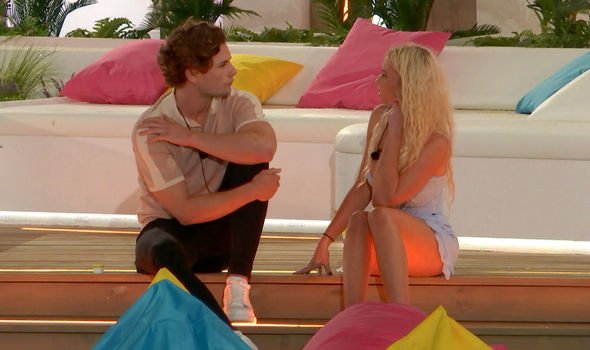 As well as Anton Danyluk, 24, and Elma Pazar, 26, also in the firing line, one member of each couple will be packing their bags tonight.

With the decision in the hands of the viewers, will Joe be bidding goodbye to Lucie after fans took to Twitter after last night’s episode to put their support behind the young surfer?

Having been one of the frontrunners earlier this series, Joe and Lucie have dropped considerably to become champions in the latest odds from Coral bookmakers.

Previously sitting in third position, the couple chances are now standing at 12-1 to win the show, putting them in fifth place.

Curtis Pritchard, 23, and Amy Hart, 27, have been knocked off the top spot with fans now backing Amber Gill, 21, and Michael Griffiths, 27, to become champions.