This year’s edition of the sunny romance Love Island has ramped up the drama and some characters have already created fireworks in their Spanish location.

As ever, one of the favourite things for fans to do is spot the various blunders and hidden clues to the secrets that take place off-camera.

And now some eagle-eyed viewers have spotted something very strange in the latest episode.

In the background of the villa, they could clearly see a window being opened, but it was too difficult to make out who had done it.

The moment occurred when the new girls entered the villa after the original girls had already gone to Casa Amor.

The six bombshells were seen sitting on the garden sofa as they chatted about the boys on offer and who they fancied most.

This prompted a query from one viewer on Twitter who had spotted the unexpected blunder, which was most certainly not meant to be within shot.

The windows behind the sofas are blacked out, which already suggests production crew and producers are hiding behind them so as not to be spotted on the show.

It could also be to assist the islanders in feeling as natural as possible in such an intense environment.

It’s already known the group are constantly watched by the show’s crew members and various cameras, but it slightly spoils the magic when strangers suddenly pop in view. 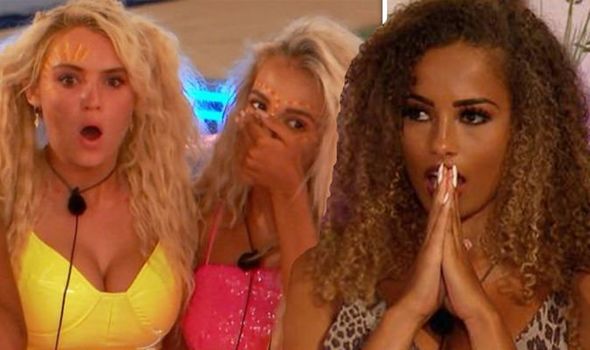 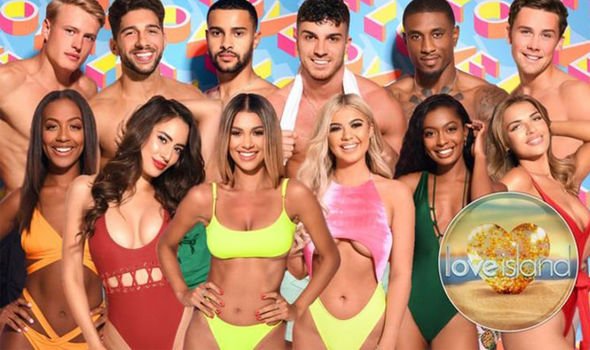 Anyone else notice the man in the window or just me? #LoveIsland

The fan noticed a shadowy figure moving around behind the windows as the girls continued to talk about their arrival.

Scrutinising the stills it clearly looks as though a production member is going about their business on the show.

And at one point, it even seems like the mystery person is attempting to slide one of the windows open.

Another person – potentially the same one – is spotted at a separate window on the other side of the garden.

A hand suddenly raises into view before the figure mysteriously disappears again. 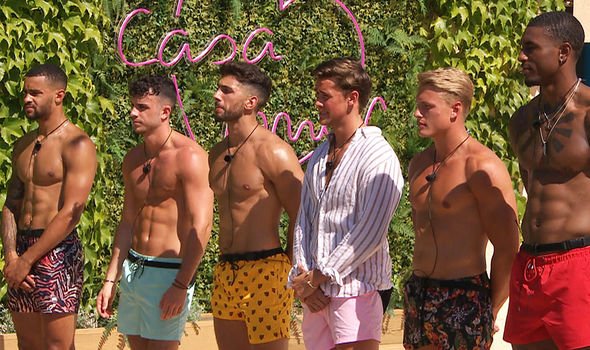 It’s unclear exactly what was going on, or if the shadows are simply a trick of the light or camera, but the fan took to Twitter to ask.

“Anyone else notice the man in the window or just me? #LoveIsland,” the viewer wondered.

Tonight’s instalment will see the aftermath of the show’s major shake-up splitting up well-established couples such as Curtis Pritchard and Amy Hart, and Michael Griffiths and Amber Gill.

Whose heads will be turned by the new arrivals? A preview for the latest episode sees Anna Vakili seemingly already betraying Jordan Ames and snogging basketball player Ovie Soko, and Michael gets very close to another newcomer.