It will debut Jan. 8, one week ahead of the “WandaVision” premiere 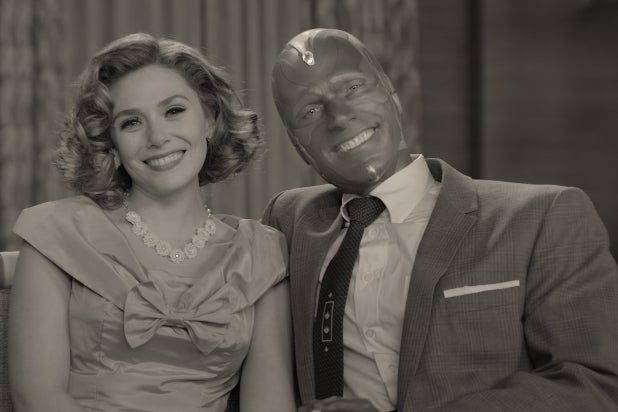 Ahead of the premiere of Disney+’s first Marvel Studios series, “WandaVision,” the streaming service has a set a retrospective series called “Legends.”

According to Marvel, “Legends is a new series that revisits some of the most iconic moments from the MCU, one character at a time.” Fittingly, it will begin by highlighting the two stars of “WandaVision”: Elizabeth Olsen’s Wanda Maximoff and Paul Bettany’s Vision, who will each get their own episode beginning Jan. 8.

“WandaVision” reteams Olsen and Bettany, the latter of which died in “Avengers: Infinity War” and was not among the many MCU characters revived in the follow-up, “Avengers: Endgame.” Along with Bettany and Olsen, “WandaVision” will feature the debut of Teyonah Parris as the adult version of Monica Rambeau. Kat Dennings, Randall Park and Kathryn Hahn will also be part of the series’ cast.

Following “WandaVision” will be “Falcon and the Winter Soldier” on March 19 and “Loki” in May. Other MCU series for Disney+ include “Hawkeye,” “Ms. Marvel,” “Moon Knight,” “She-Hulk,” “Secret Invasion,” “Ironheart,” “Armor Wars” and the animated “What If…” All told, that makes 11 series, and that’s not even including a “Guardians of the Galaxy” holiday special and an “I Am Groot” short-form series