John Torode and Gregg Wallace judged the last group of six hopefuls in the MasterChef heats this evening. Following this year’s pattern, the cooks were tasked with three challenges to find out who would be making it through to the quarter-finals. However, fans of the competition weren’t impressed when one contestant revealed which ingredients they would be dishing up.

In the final heat, six contenders had to whip up a signature dish and the judges then decided which two hopefuls would sail into the next round.

The remaining four battled it out in the Three Ingredients Challenge where another two were sent through and the others were sent home.

The contestants were then tasked with cooking two course for three former contestants but one cook’s choice of starter angered some viewers. 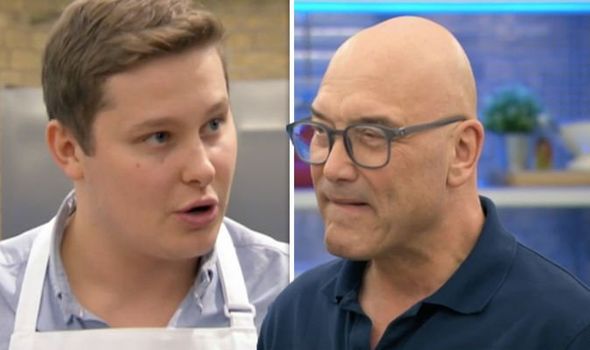 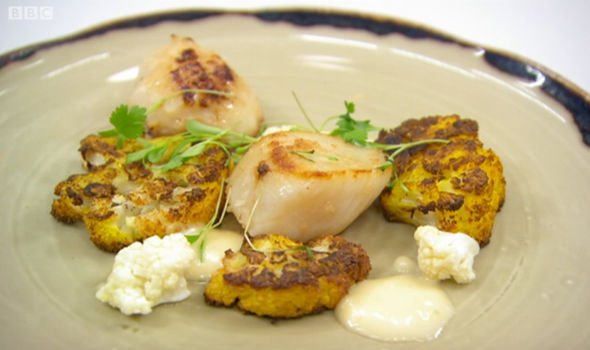 Discussing the final round of the heat, Jack explained: “This challenge is going to be really tough, the guys we’re cooking for add a whole heap of pressure. I’m nervous but feeling good.”

Revealing his dish of choice, he began: “For the starter, pan seared scallops with spiced roasted cauliflower.”

Jack finished this off with “pickled cauliflower and a lime mayonnaise.”

“For the main, it’s pan seared duck breast with butternut squash puree and a crispy fried quail’s egg and a red wine sauce,” he concluded. 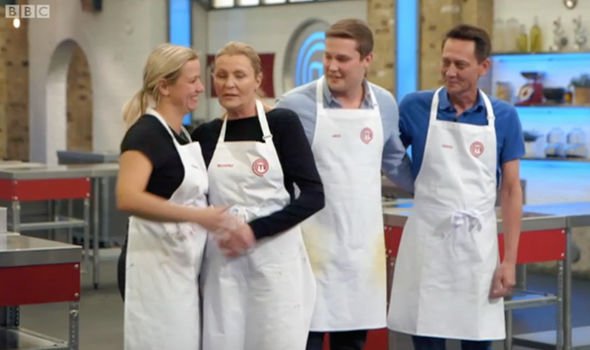 “Scallops with spiced cauliflower and a lime mayonnaise,” Gregg commented. “That’s very very different. I quite like the sound of that.”

However, MasterChef weren’t pleased with Jack’s decision to serve scallops and felt the ingredient had popped up to many times on the show.

One said: “#masterchef I want scallops banned for the rest of the series. I reckon they been in at least three-quarters of the starters in this round.”

A second added: “Irritations: too many scallops and John always says Greg and I. Is he afraid of the me word? #masterchef.”

Another day, another scallop … #masterchef,” someone else shared.

“In the great scheme of things it shouldn’t really matter but why does nearly everyone on #Masterchef do scallops as a starter?!” another vented.

“Lol EVERYONE on @MasterChefUK does scallops as a starter! Literally every episode #masterchef,” a fifth exclaimed.

Another viewer remarked: “Me and my other half love watching @MasterChefUK but how many scallops and duck will we see this series needs to be banned #Masterchef.”

Jack impressed the judges throughout the competition and earned his spot in the second round alongside Steve following the Three Ingredient Challenge.

Both Beverly and Renata were the stars of the Signature Dish challenge and went sent straight through to the next round.

However, after a tough final round Jack, Renata and Beverly secured spots in the quarter-finals.

MasterChef returns Monday on BBC One at 9pm.