MAURA Higgins has shown off her incredible abs in a VERY daring dress on the National Television Awards red carpet.

Arriving at the 02 Arena in London for the celebrity-packed ceremony, the Love Island star revealed her toned midriff in the two-piece outfit.

Read our National Television Awards 2021 blog for the latest updates 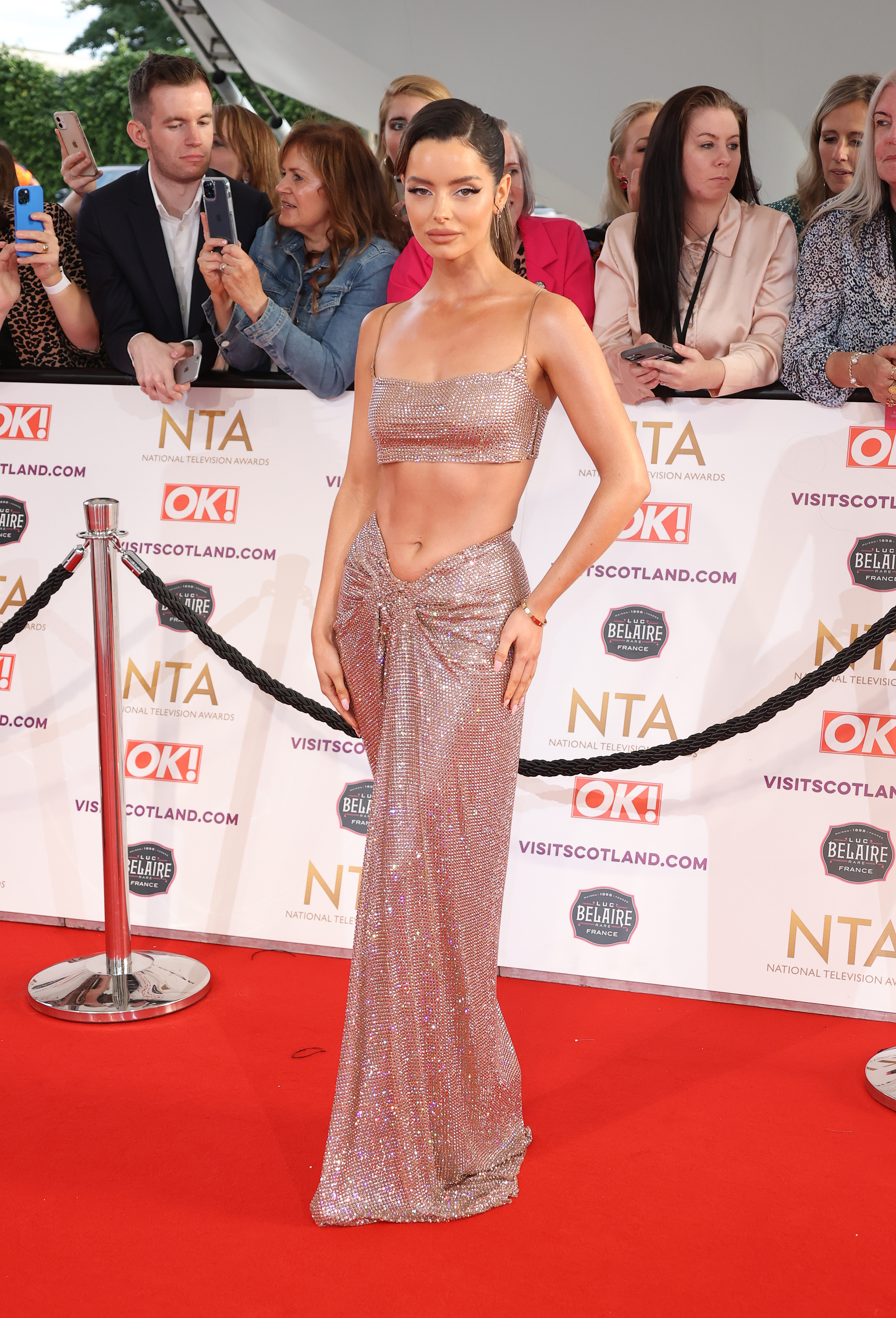 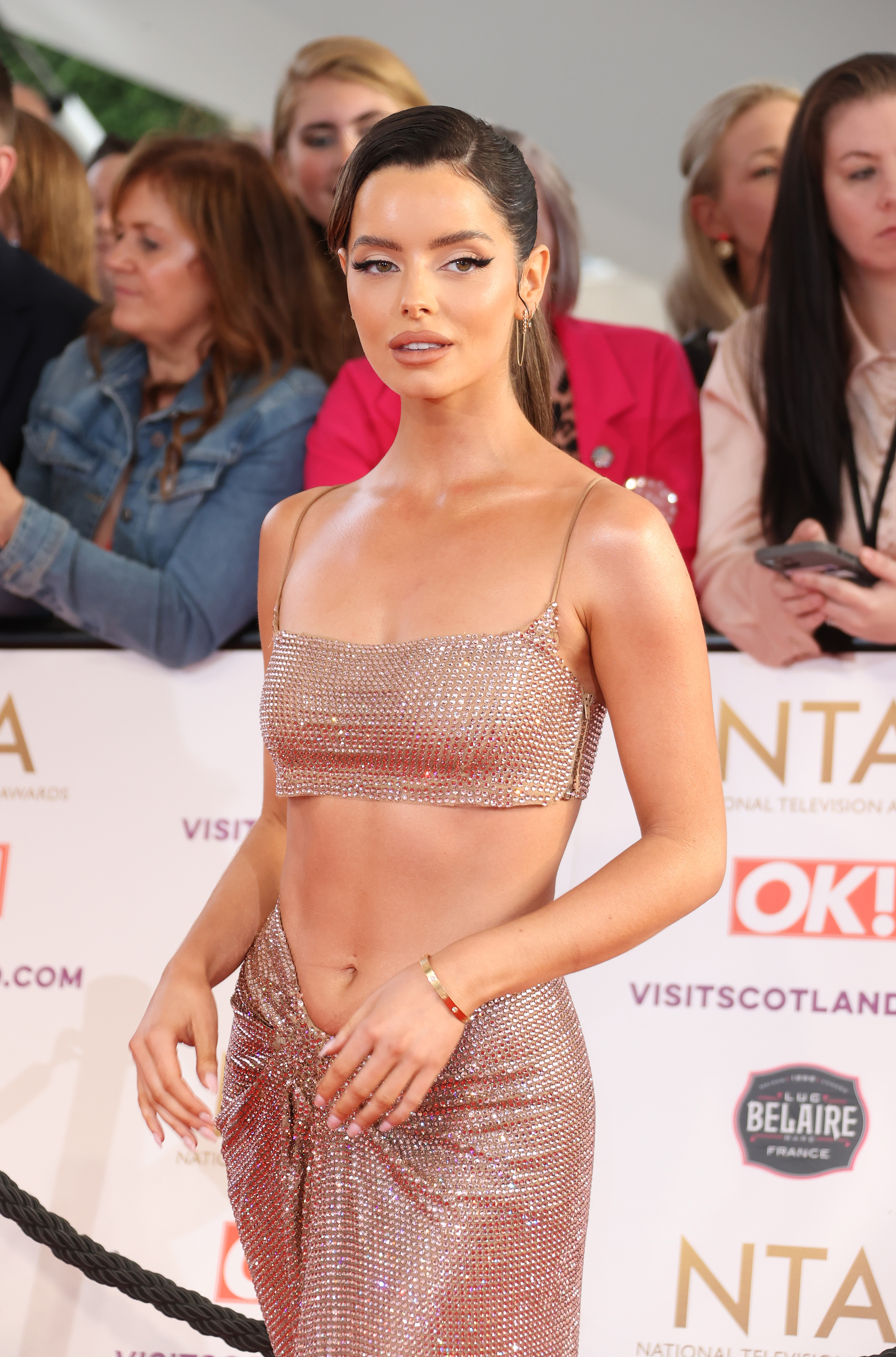 Maura, 30, had her jaw-dropping figure on full show as she donned the matching crop top and shimmering floor-length skirt.

The incredible ensemble, which caught the light and sparkled with her every move, revealed her toned abs and cinched waistline.

Maura's outfit featured a wrap-detailed skirt as well as high heeled shoes and a stunning pair of gold hoop earrings.

The reality TV favourite finished off her look with a simple gold bracelet and black winged eyeliner, opting for a nude lipstick.

The Irish star styled her brunette locks into a sleek updo, tied into a bun behind the back of her head and sweeping behind her ear.

Maura, who is currently in a relationship with Strictly Come Dancing professional dancer Giovanni Pernice, arrived at the event alone.

She was one of many of the Love Island stars to show their faces at the coveted TV event after hours of behind-the-scenes glam.

Stars like Liberty Poole put themselves through hours of pampering, bringing in the glam squad to sort hair and makeup.

She looked set to turn heads thanks to her sleek smoky eye, the work of make-up artist Melissa Sophia.

Chloe Burrows was also seen getting ready for the big night, starting the party early by sipping on champagne and wearing a fruity face mask.

This year sees Ant and Dec nominated  for the National Television Awards’ TV Presenter gong for the 20th year in a row, but it remains to be seen whether the duo will take home the crown.

Three of their shows are up for silverware too: Saturday Night Takeaway, I’m A Celebrity and Britain’s Got Talent, which they front alongside judge Alesha Dixon.

Also in the running for accolades are This Morning’s Holly Willoughby and Alison Hammond, though co-host Phillip Schofield misses out.

Piers Morgan is also shortlisted despite storming off Good Morning Britain in an on-air row over Meghan Markle's interview with Oprah Winfrey.

Joel Dommett will make his debut hosting the bash at London’s O2 Arena. 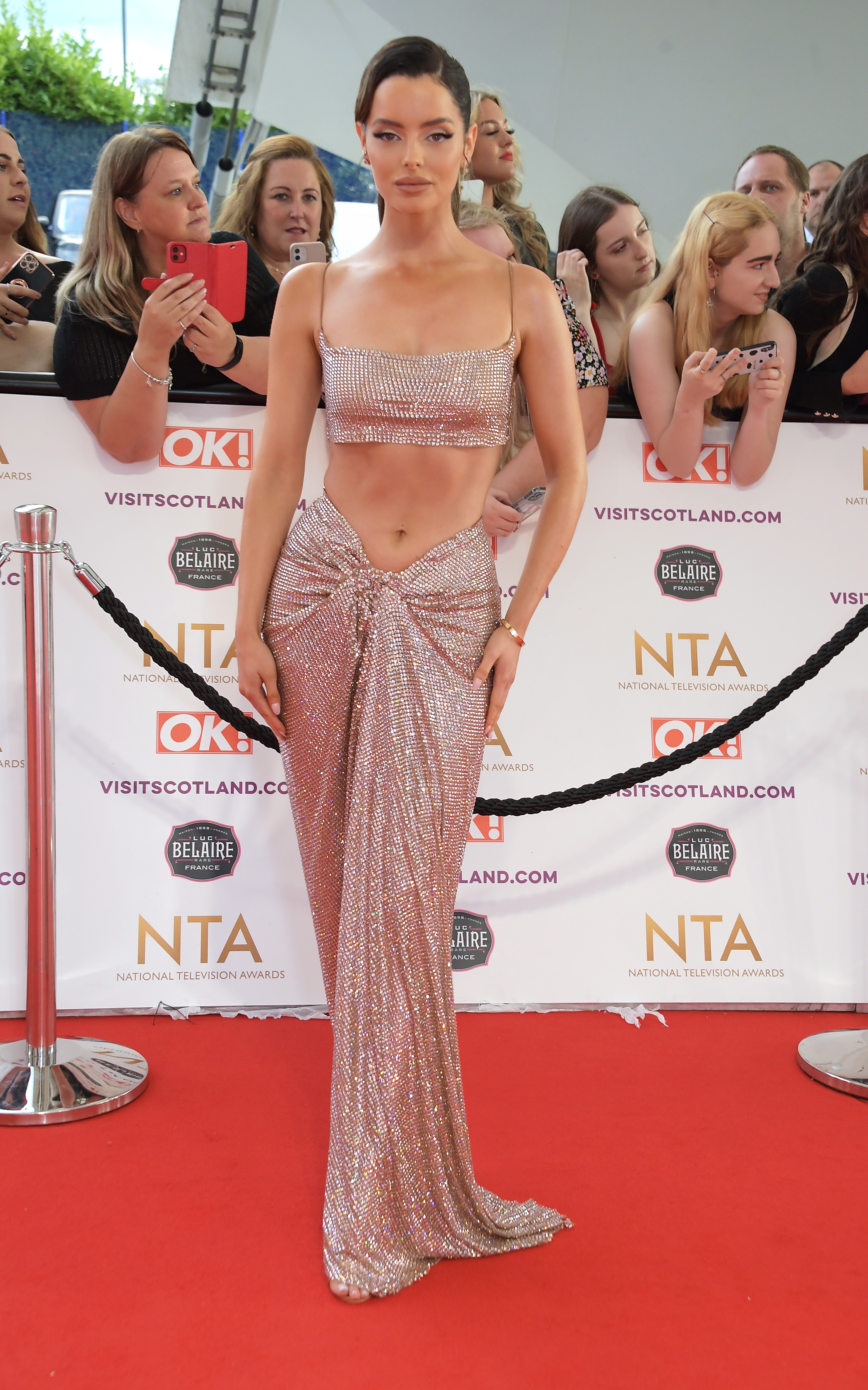