The trailer for Netflix’s highly-anticipated documentary Harry & Meghan has officially been released, and it’s packed with plenty of emotional moments. Due to land on the streaming platform on December 8, the six-part series follows the Duke and Duchess of Sussex as they share the other side of their high-profile love story.

Offering an extremely intimate look at Harry and Meghan’s early courtship and the challenges they’ve faced since, the trailer features a number of the couple’s private photos, including one of Meghan crying with her head in her hand, presumably while on a phone call.

Layered over the poignant moment is a voice-over of Prince Harry, as he explains why he’s taken part in the documentary: “No one sees what’s going on behind closed doors,” he says, as the trailer pans onto Meghan in tears.

Just one of a few moments in which we see the Duchess struggling, there’s also a brief clip of the couple sitting on a sofa together, with Harry looking up at the ceiling and Meghan wiping tears from her face.

Meghan could be seen crying in the trailer

Concluding the dramatic trailer, Meghan can be heard saying: “When the stakes are this high, does it make more sense to hear our story from us?”

From the critically-acclaimed, two-time Academy Award-nominated and Emmy-winning director Liz Garbus, the documentary will also include commentary from friends and family, most of whom have never spoken publicly before about what they witnessed. 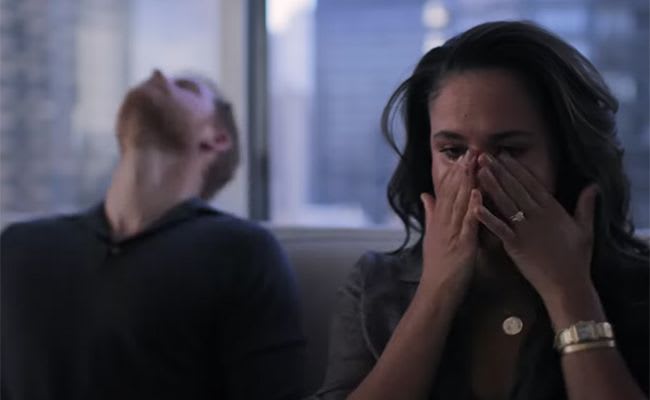 Viewers can expect to see plenty of emotional moments

Viewers can even expect to see historians in the series, as they discuss the state of the British Commonwealth today and the royal family’s relationship with the press.

The documentary will include commentary from friends and family

Since sharing the trailer on Instagram, Netflix has received a number of comments from followers.