MICHELLE KEEGAN has taken a well earned day off from filming Sky comedy Brassic and enjoyed a walk in the park with her dogs.

The Our Girl star, 33, was spotted on the stroll with her pooches, rugged up in a chic padded coat which she wore over a matching cream tracksuit set. 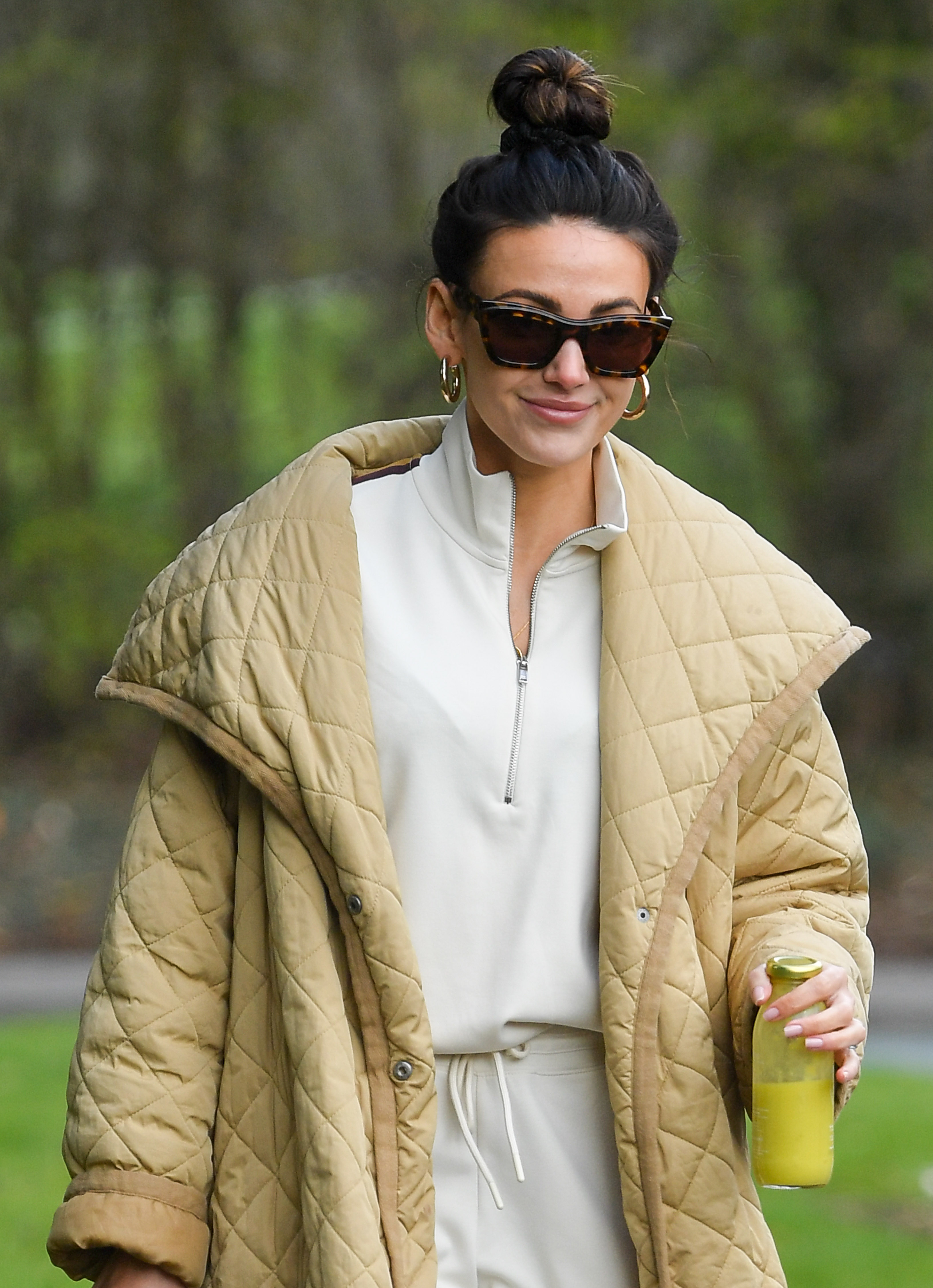 She wore her brunette hair in a high bun on her head and sipped on a healthy smoothie as she walked her beloved puppers.

Michelle smiled as she strolled with chihuahua Pip and dachshund Phoebe, who she shares with her husband Mark Wright.

The Heart radio host and Michelle are building their luxury home from scratch, with work first getting underway last summer. 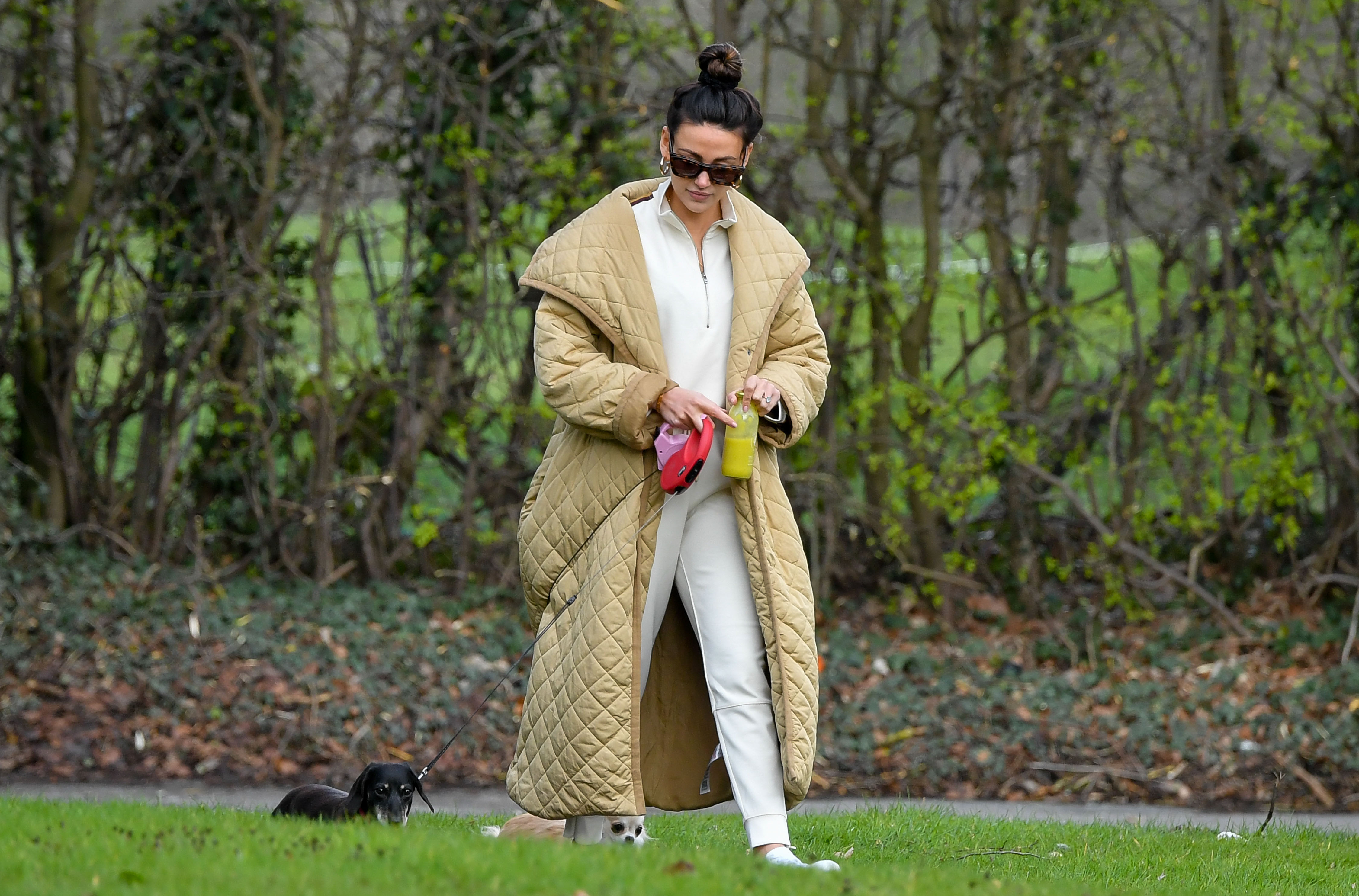 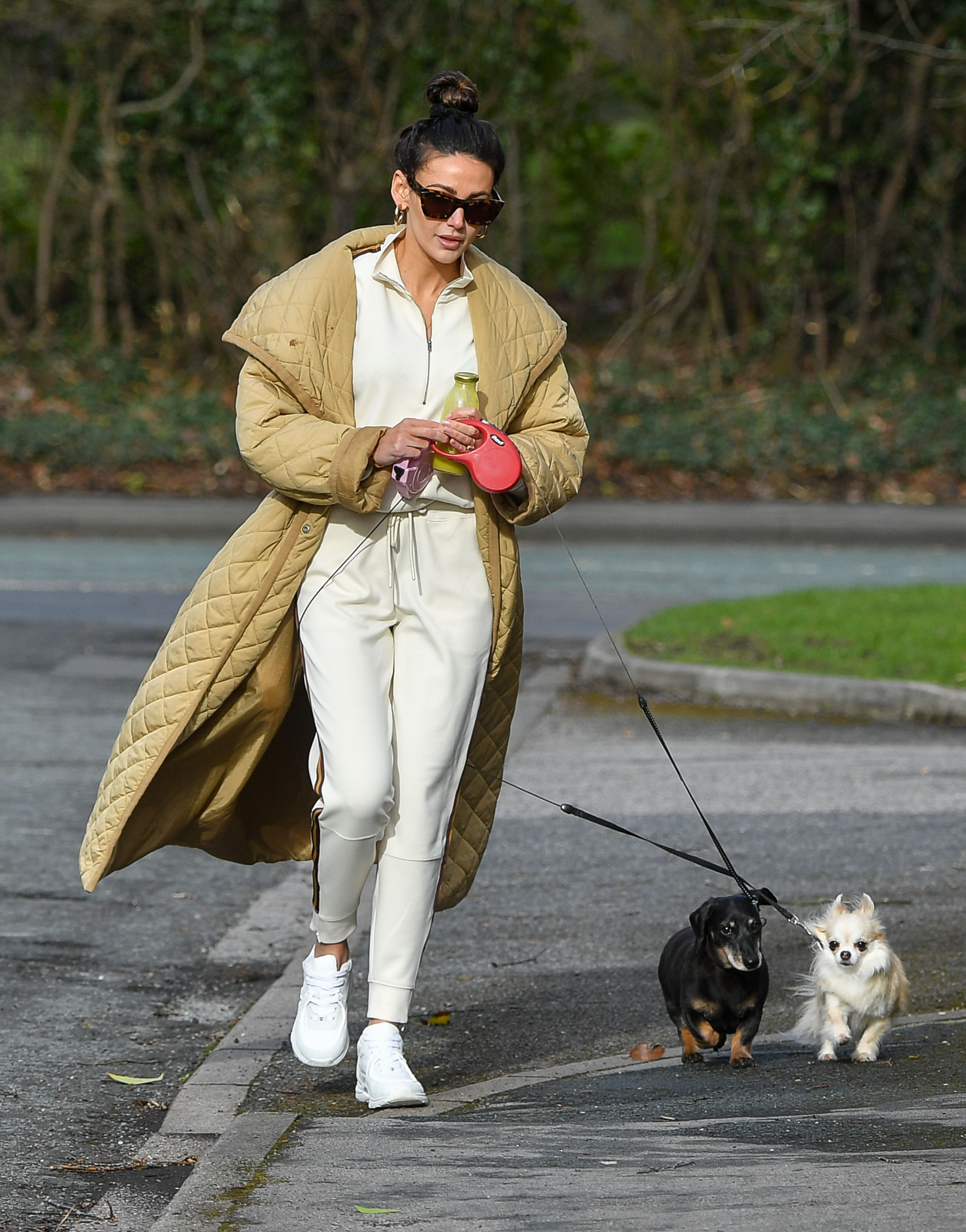 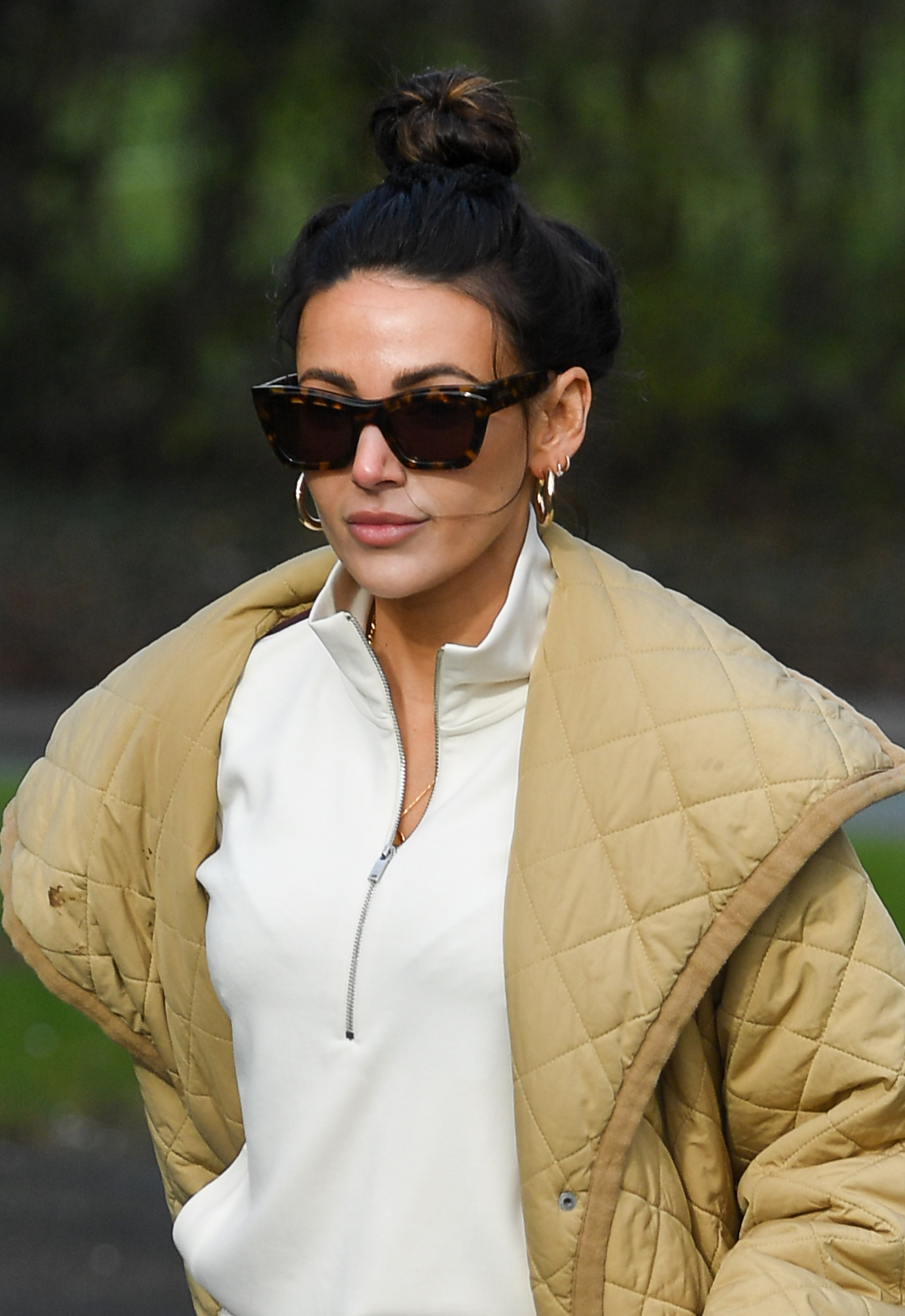 Sharing a video recorded after the foundations were laid, Mark has told his fans that it was "nerve-wracking" choosing the final layout and shape.

He wrote alongside the footage on Instagram: "Back in August, seeing the shape of the house.

"Was a nerve wracking moment, hoping we chose the right shape etc.

"All of that land there, never to be seen again…. well until somebody one day in many many years knocks it down to create their dream once we are gone. 100 years at least I hope." 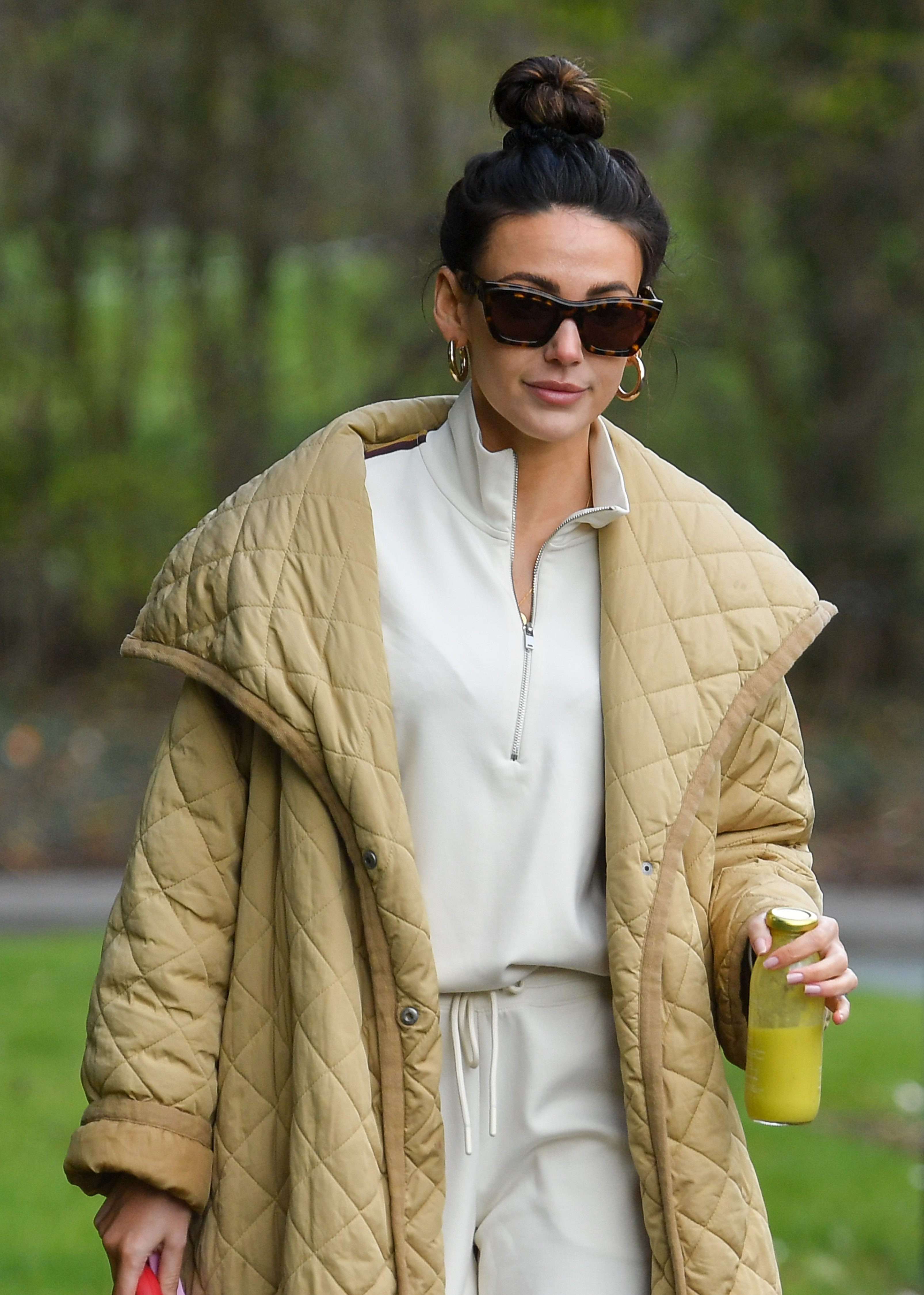 Meanwhile, Michelle was seen filming some wild chase scenes for the third season of Sky's Brassic.

In the scenes, Michelle as her character Erin was running dramatically out of the pub as co-star and Brassic creator Joe Gilgun – who plays Vinne O'Neil – desperately sprinting behind her.

Brassic, which first hit our screens back in August 2019, follows the mischief that the student and her group of male pals get up to in a made up town called Hawley. 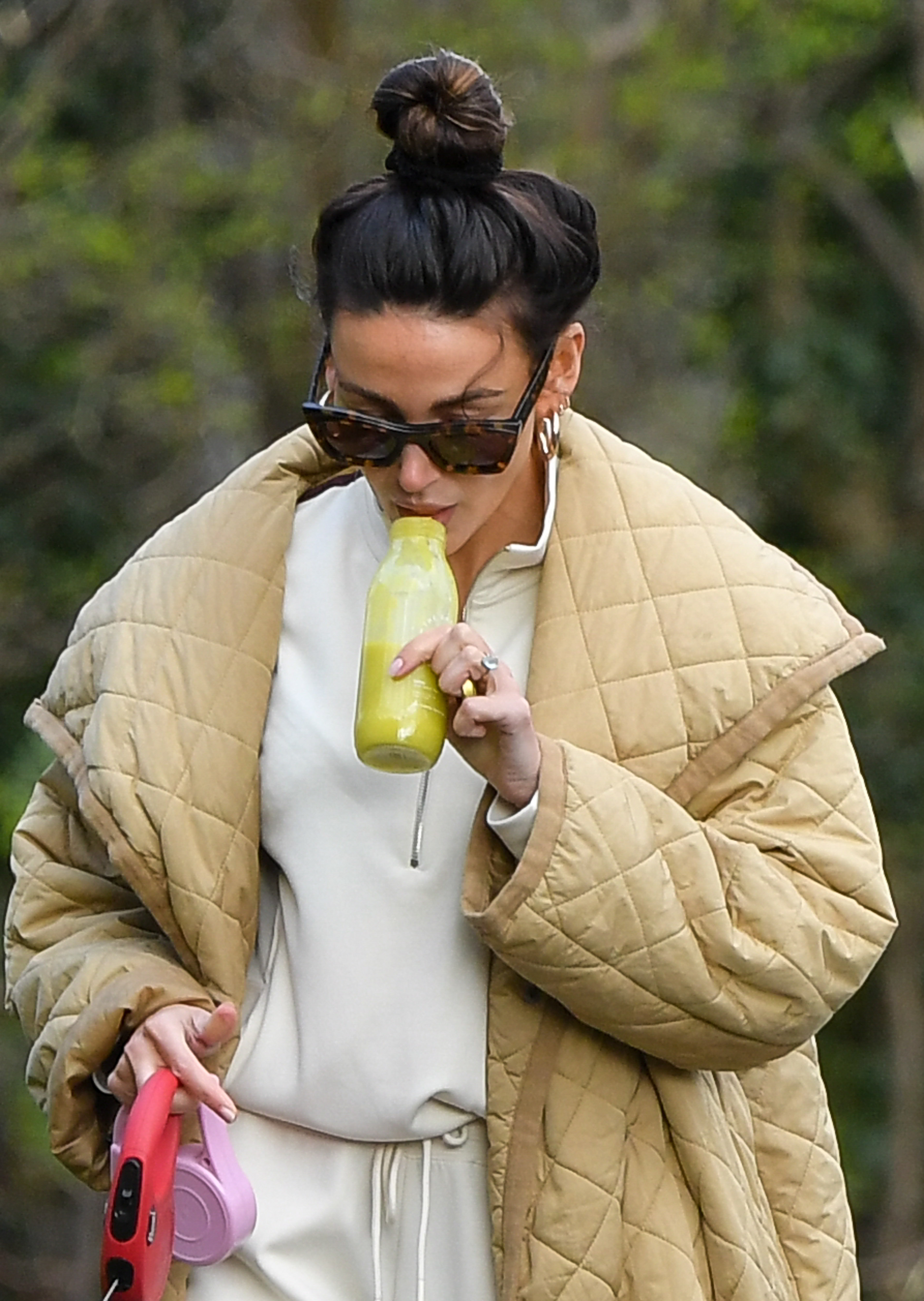 The first season was a huge success and was shortly followed by a second which premiered in May 2020.

Since the new year the former Tina McIntyre actress has filmed a number of things including a dramatic car accident after a boozy night out and Cardi and Carol's wedding.