There’s a new ish on the block. Premiering Tuesday, Sept. 24, mixed-ish tells the story of Rainbow Johnson before she was Dr. ‘Bow Johnson. The series, narrated and produced by black-ish star Tracee Ellis Ross, is set in the 1980s and fits right in with its predecessor.

“Like black-ish, we’re going to hit on some tough subjects for some people, and for other people I think when they see an episode, they’re going to breathe a sigh of relief and say, ‘I’m so glad they finally talked about it,'” Christina Anthony, Aunt Denise on the series, says in the exclusive preview above.

“I hope when audiences watch the show, they see that no matter what you look like, no matter who you are, your identity is unique, and it matters to the world,” Himmel says. 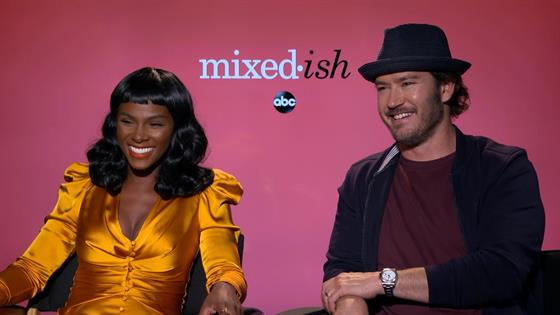 In an interview at the 2019 Television Critics Association, Sumpter and Gosselaar opened up about their time traveling back to the 1980s for the series.

Click play on the video above to hear how Sumpter geeked out over Gosselaar’s time on Saved By the Bell and whether they’d do well in commune life.