Filmmaker Nancy Meyers knows you’re talking about her kitchens (and her bedrooms, her offices, even her backyards), but that doesn’t mean she’s excited about it. Over three decades into her career — which has included half a dozen directorial outings, screenplays for bonafide modern classics like “Private Benjamin” and “Father of the Bride,” and over $600 million in domestic box office receipts alone — Meyers’ films have persistently been called out for one particular element: dazzling sets and lavish production design.

During a Saturday afternoon conversation with Mindy Kaling at the PGA’s Produced By conference, Variety reports that Meyers was “asked how she feels about the attention paid to material objects in her women-centered films,” especially in films like “Something’s Gotta Give” and “It’s Complicated,” which feature dreamy kitchen sets.

“I don’t love when a journalist or critic will pick up on that aspect, because they’re missing why it works,” Meyers said. “It’s never done to male directors who make gorgeous movies, or where the leads live in a gorgeous house.” She added to applause, “But I’m not going to change it.”

Over the years, Meyers has worked with a number of production designers, including Kristi Zea and Jon Hutman, and set decorators like Beth Rubino, but her own aesthetic has carried through each of her films, from “The Parent Trap” to her most recent feature, “The Intern.”

Kaling rightly pointed to other (typically male) filmmakers — most notably, Wes Anderson — who are hailed for their beautifully designed films without the “pejorative” treatment that Meyers and her films are subjected to. But while Meyers and Kaling are both right to point out the division between how such films are perceived, Meyers also hit upon another key truth: obsessing over the production design does indeed overlook “why it works.” 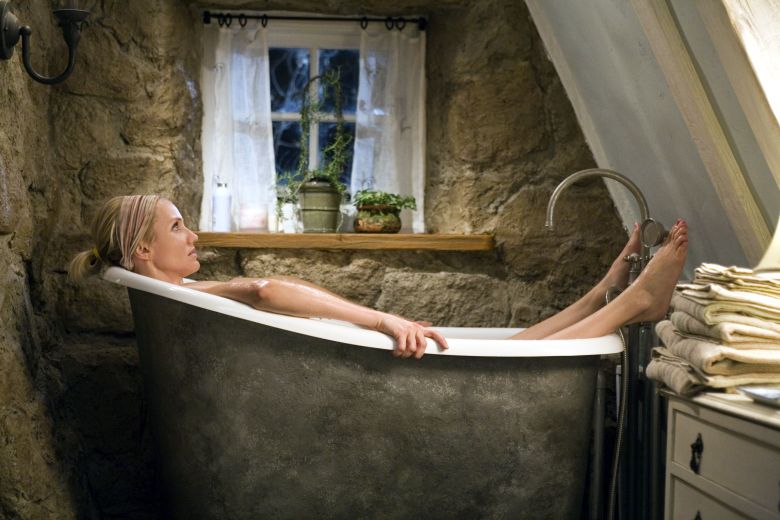 Meyers’ films traditionally follow well-off characters struggling with concerns that go beyond their economic station in life (typically romantic, as money really can’t buy you love). In short, Meyers makes films about rich people who still have problems, no matter how wealthy or well-connected they may be. (Having a nice kitchen helps, but a stainless steel fridge isn’t going to heal anyone’s broken heart.)

Even when Meyers is making films about people who aren’t uber-wealthy — like Kate Winslet’s character in “The Holiday,” a middling newspaper writer who still manages to own a very cute country cottage (all the better to inspire Cameron Diaz’s character to swap homes with her, the basic bedrock of the film’s story), or Robert De Niro’s plucky retiree in “The Intern,” who no longer works but is still in possession of a stunning brownstone — her features follow privileged people who have discovered that money, cozy accommodations, and great clothes can’t cure what ails them on a deeper level.

Her characters occupy a rarefied spot in society, but Meyers’ decision to follow characters who are able to afford luxe kitchens and sumptuous bedrooms taps directly into the angst that still plagues them. Meryl Streep’s character in “It’s Complicated” might be in the middle of a bank account-busting kitchen renovation (in this case, the set design is literally baked into the narrative of the story, again proof that Meyers knows exactly what she’s doing), but that doesn’t keep her from falling into a terribly messy romantic entanglement with her ex-husband (Alec Baldwin) and her kindly architect (Steve Martin).

The majority of Meyers’ films are set within characters’ home environments, and even the ones that don’t use the home sets as important narrative guide posts. In Meyers’ most recent feature, “The Intern,” most of the action is set inside a (predictably sleek) office set, but the filmmaker does occasionally venture into the homes of her key characters, and with good reason. Anne Hathaway’s Jules is a workaholic, so the few moments set inside her glitzy brownstone are expected to give both the audience and co-star Robert De Niro (as her eponymous intern, Ben) a peek inside her personal life. Conversely, when Jules ventures to Ben’s own apartment, it provides both her and us with a revealing look at what he’s got going on outside of work (including a girlfriend, a roommate, and a space filled with memories of his late wife).

The spaces are crisp, stunning, and pleasing to the eye, but they are also in place to add to Meyers’ stories. In her own words, they are part of why it “works.”

In 2015, Meyers explained to IndieWire her philosophy behind movie-making. Discussing “The Intern,” she said, “I make movies about people, not events. Mine are people and relationship movies. It has to have a problem or we don’t have a movie, it’s that simple. There has to be something going on that’s dramatic, even in a comedy. I have to create what the thing is.” That includes the environments they exist inside, no matter what they look like.