Tuesday night was a win for both the Milwaukee Bucks and ABC as the clinching Game 6 of the NBA Finals dominated ratings and viewers. Per Nielsen Live + Same Day fast affiliate data, the game drew 8.78 million viewers and a 2.8 rating in the 18-49 demographic during primetime.

The Bucks’ 105-98 victory over the Phoenix Suns, which marked Milwaukee’s first NBA championship in 50 years, improved  from last year’s comparable NBA Finals Game 6 between the Los Angeles Lakers and Miami Heat, which drew a 2.1 rating an 5.60M viewers who watched the game played in the league’s Orlando bubble. 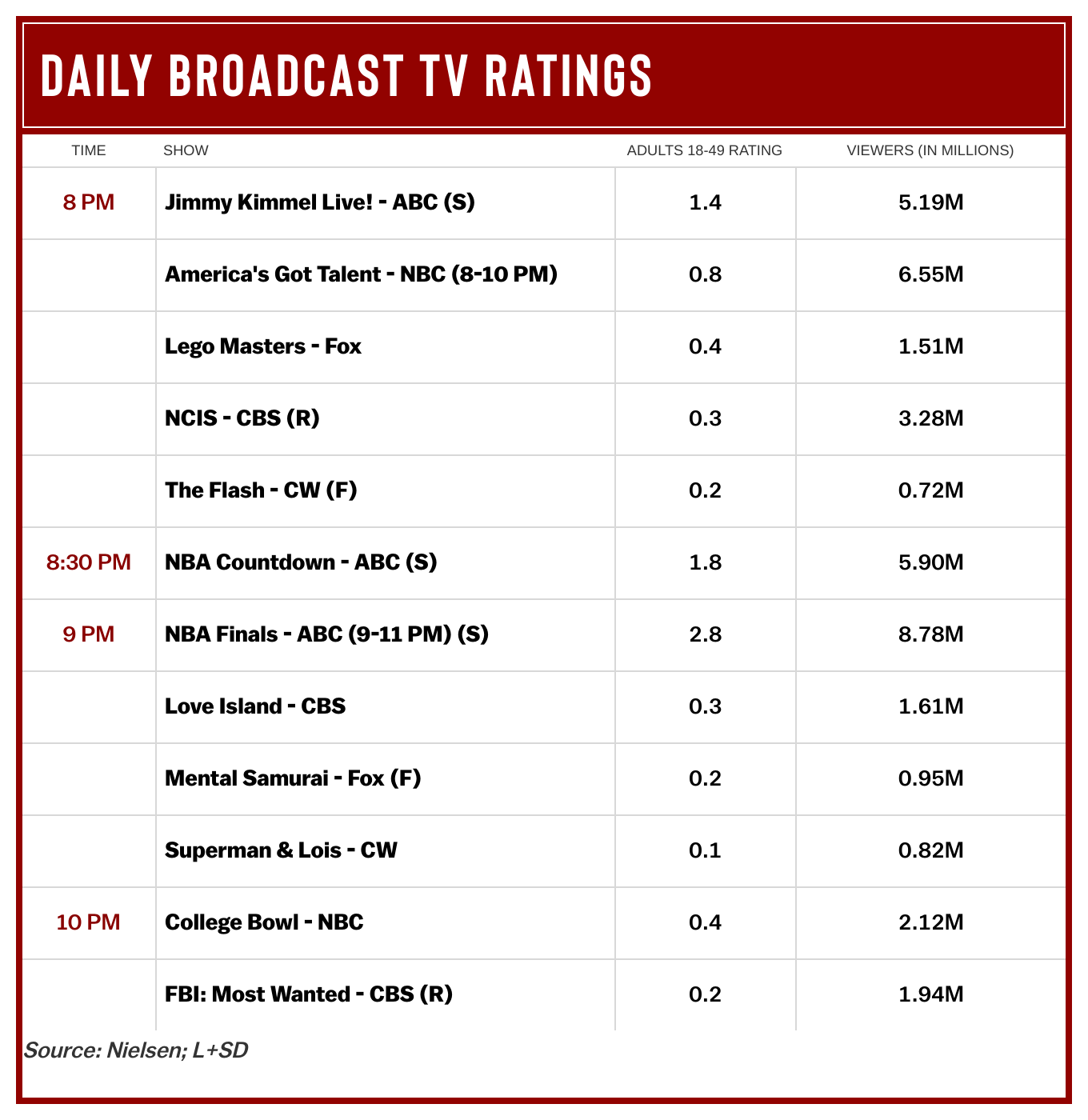