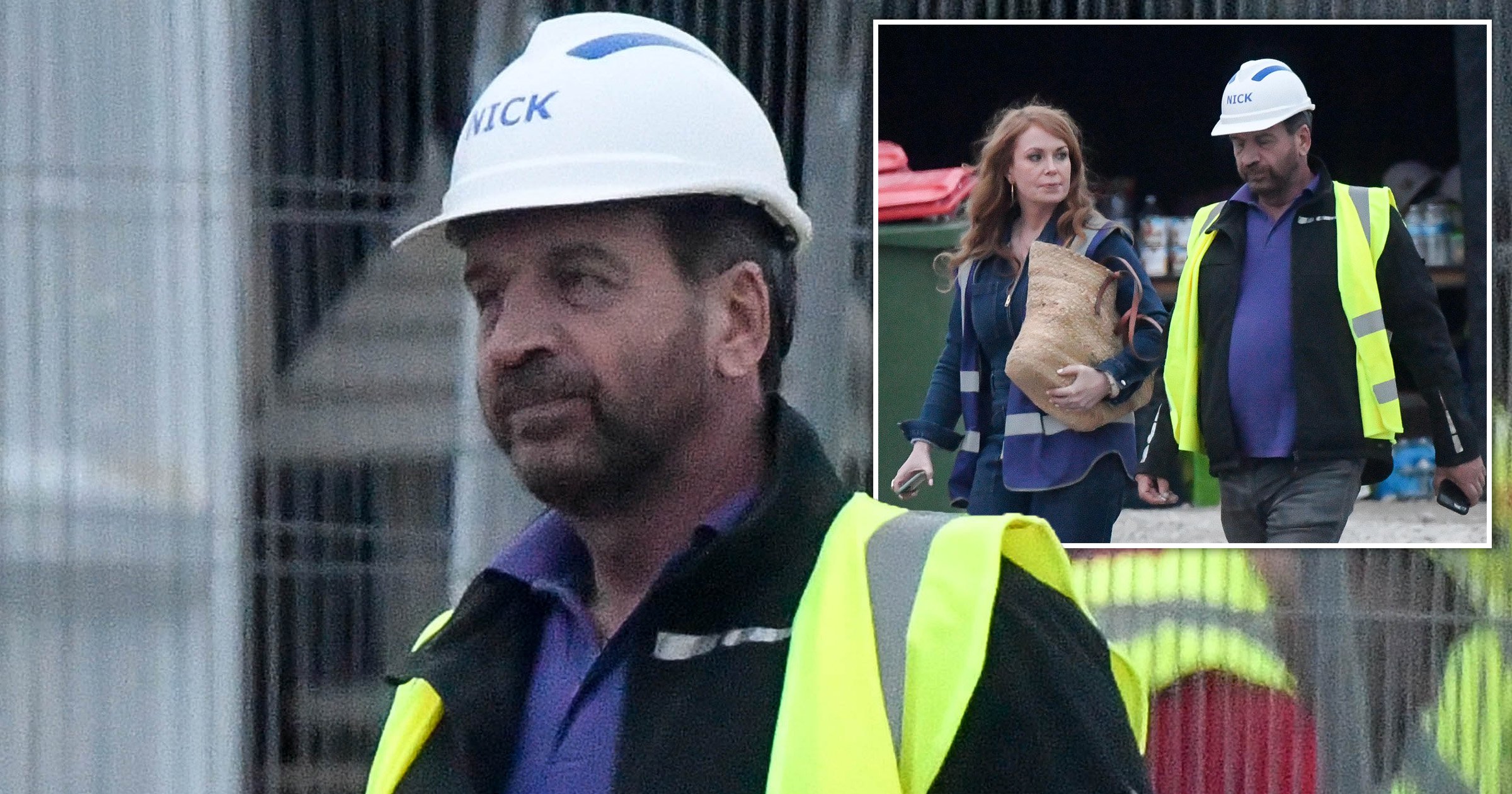 Nick Knowles was spotted celebrating his 60th birthday… while on a building site, in true DIY SOS style.

The presenter, who has hosted the series since 1999 and is set to return with a new series this year, was seen in Yorkshire working on a site on Wednesday.

He sported a high-vis jacket and a hard hat, as he strolled through the site with his co-stars including Gabby Blackman.

The presenter, who has also appeared on The National Lottery: Who Dares Wins and Real Rescues, has transformed hundreds of homes from viewers with his team of builders.

DIY SOS originally looked to help viewers’ DIY projects that had gone wrong and not been finished, but the Big Build spin-off has seen the team enlists the help of local tradesmen, suppliers and the larger community to help deserving families.

Nick also took to Twitter to thank actress Vicki Michelle for her well-wishes, penning: ‘Ah thank you – that’s lovely of you – I think I wore that jacket for a bet but what a lovely day it was,’ after she reminisced: ‘Happy Birthday Fabulous Nick Knowles. Love all his shows and he is a Gorgeous bloke. Wonderful memory at a Duke of Essex Polo Match, was great fun. Have a Fab Day.’

Nick grinned behind a chocolate cake which featured a mini-Nick in a high-viz jacket as decoration.

‘Birthday on site with all my lovely team whilst working on an SOS. Also thanks to @zoetheball for the extra cakes.’

While Nick looked busy hard-at-work on the site, he recently revealed that DIY SOS has a pretty uncertain future after a social media user asked him to help out someone in need.

When one fan got in touch with Nick on social media to highlight someone she felt was a deserving recipient of the Big Build treatment, he hinted the future of DIY SOS may be in trouble itself.

Discussing Angel Lynn, 21, who was paralysed after being kidnapped and falling out of a van, one fan tweeted: ‘@MrNickKnowles can’t DIY SOS help this worthy family?’

Nick replied, ‘ Sadly we are only commissioned by @BBCOne for one build this year for Children in Need and as yet not commissioned for any builds for next year.

‘But we know there is great need and we can help many more people and communities so we are hopeful of getting news soon.’

Fans quickly flooded to the comments to plead with the BBC to commission more of the beloved programme, with one writing: ‘That’s so sad to hear Nick. A wonderful programme and exceptional service to communities around the country. I hope @BBCOne commission more soon!!’

Another commented: ‘🤞🤞 for next year, work the show and the whole team does to help people in difficult times is inspiring,’ while someone else wrote: ‘I worked 3 days on Little Miracles and will be a travesty if they get rid of DIY SOS. Was amazing to be part of the show.’

DIY SOS is available to watch on BBCiPlayer.