Sam Heughan has given fans a taste of what it’s like behind-the-scenes on Outlander when he appeared on the latest episode of the Outcasts podcast. During the chat, the Scottish actor revealed there’s a particular thing he does on the set of the Starz series which he’s constantly made fun for.

The Highland warrior has seen plenty of action since the Battle of Culloden in the show’s first season, and there are undoubtedly many more thrilling set pieces on the way in season six.

The star also admitted his tendency to mimic the impact of Jamie’s powerful punches is often called out by his co-star, Caitriona Balfe.

Hueghan revealed: “I get teased quite a bit on Outlander by Caitriona because during fight scenes I make a lot of noises.” 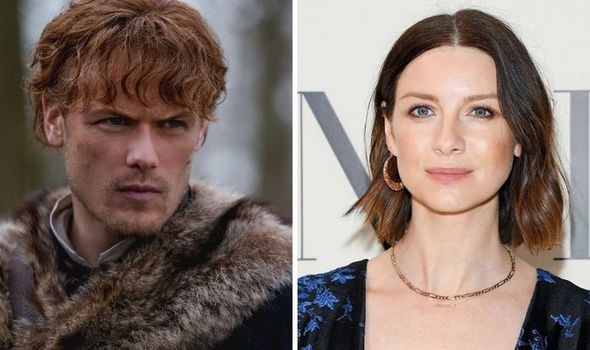 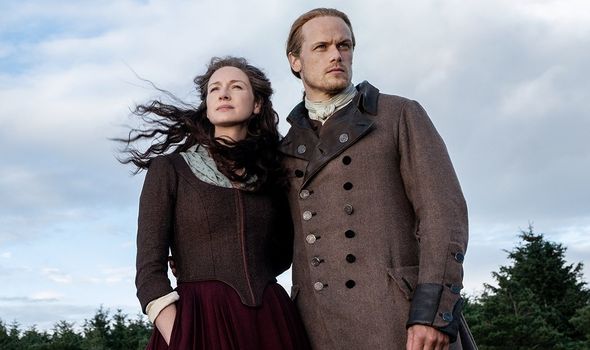 He detailed their behind-the-scenes banter during his recent appearance on the unofficial Outlander podcast, Outcasts, hosted by recurring stars of the series Tim Downie and David Berry.

Downie is expected to return to the series next year as the real life general Governor Tryon, while Berry appears as the fictional Lord John Grey.

The two actors meet every week to discuss their experiences on the show with a range of guests from the world of Outlander.

While discussing podcast sound effects, Sam Heughan got a little ahead of himself and confessed he had a tendency to make noises during filming. 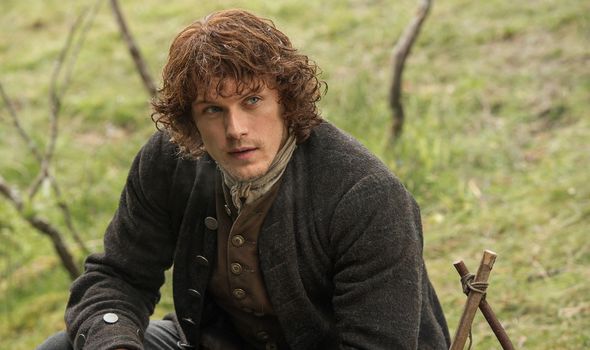 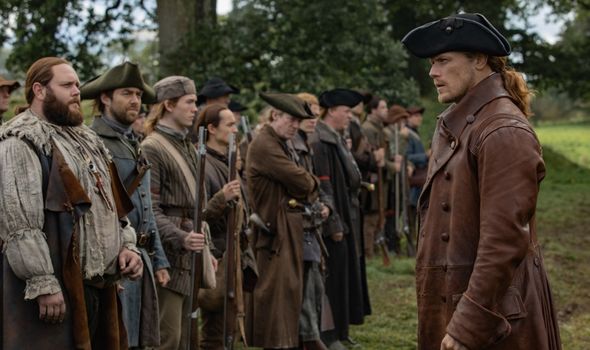 However, the actor also detailed how it can often be useful for performers when filming one of their many potentially dangerous fake fights.

He went on: “It’s actually necessary, it’s a part of the fight. It helps the other actor know when you’re about to hit them.

“But it is a problem, because you do start to go too far with it. And I do tend to do everything.”

Recalling a similar confession from Star Wars star Ewan McGregor, Hueghan insisted he hadn’t gone as far as attempting the sound of a lightsaber during filming.

The podcast team then continued by revealing some of the best sound effects in their own repertoire after David Berry’s surprisingly accurate lightsaber impression.

Heughan surprised the hosts with his uncanny impersonation of a drink being poured.

He joked: “I can do pouring a bottle, obviously always alcohol related!”

Fans were thrilled to learn the Scottish star had a number of talents, though his proficiency in sound effects probably won’t be featured in a future episode of Outlander.

The time-travelling romantic drama is confirmed to be returning for a sixth season next year, though a release date still hasn’t been announced.

Jamie and Claire Fraser were last seen defending their home at Fraser’s Ridge from the tumultuous American Revolution when season five wrapped up in May.

It’s hoped the series will return near the start of 2021, though Outlander is already infamous for taking lengthy breaks between episodes, and the coronavirus pandemic could have fans waiting even longer.

Outlander season 5 is available to stream on Amazon Prime Video.

This article contains affiliate links, we may receive a commission on any sales we generate from it. Learn more