Marsali Fraser (played by Lauren Lyle) was first introduced to Outlander back in season three as one of Jamie Fraser’s (Sam Heughan) step-daughters from his marriage to Laoghaire MacKenzie (Nell Hudson). She fell in love with Fergus Fraser (César Domboy) with the pair eventually getting married, despite the age-gap between the two of them. Here’s everything you need to know about Marsali and her age in the Starz drama series.

How old is Marsali Fraser in Outlander?

Marsali was born in 1751 and in the third novel Voyager, she is 15 years old with Jamie and her mother Laoghaire tying the knot the year before in 1765.

In comparison, her husband Fergus is double her age at 30 years old with Jamie unsure about the union between them.

In season six is set in 1773 which means Marsali is now 22 and Fergus is 37 in comparison.

However, their marriage continues to go strong despite the obstacles they face including having many children and his alcoholism. 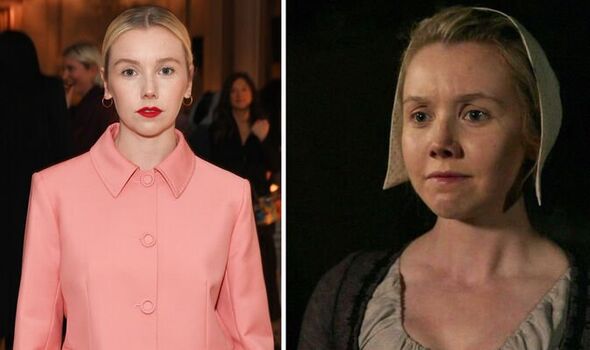 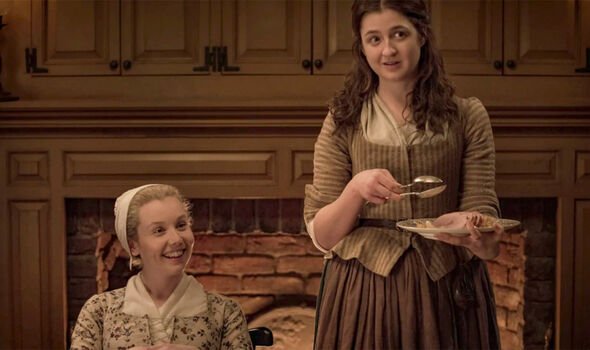 Scottish actress Lyle is much older than her onscreen counter-part with the actress born in 1993 and currently 29.

Season three was made in 2016 when Lyle would have been 22 and still quite a bit older than the teenage Marsali.

Interestingly, Lyle’s onscreen mother Hudson is only three years older than her but portrayed a much older character who was born in 1726 and in season three was 47-years-old.

Lyle and Domboy recently addressed the transition for Marsali and Fergus from teen lovers to their adult relationship in season six. 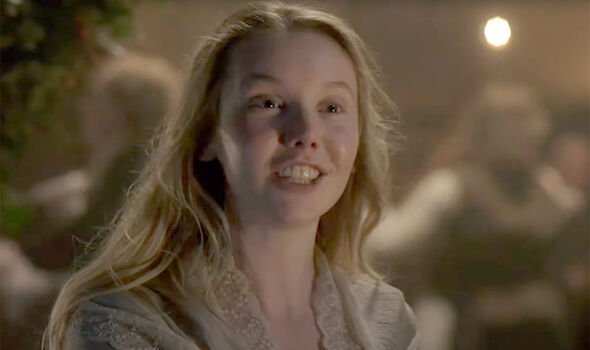 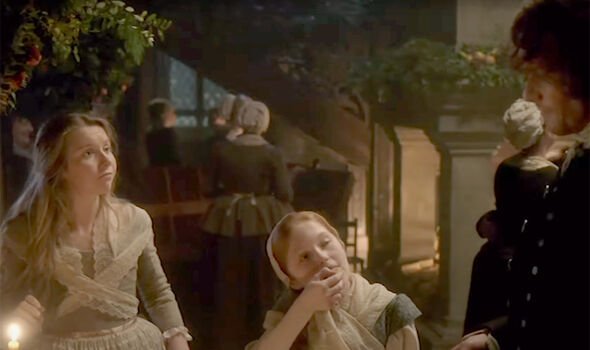 Domboy said: “I think it’s well-written in the show, if you think about it. It was pretty much all there at the end of the season five. You have the abduction of Marsali and all this. Their life changes at this point.

“There’s also a scene that sadly we don’t see. I wish we saw in the TV show, which is the fire at Fergus’ mill Their life is always changing. I think it was there, they [the writers] are putting little clues here and there that it was fragile.”

Lyle went on to say: “I think we were craving it as well, the cool, young couple that don’t fight was great and so fun to do. We had great chemistry from when we met, we became good friends quickly, and so that was really fun.

“But there comes a point as actors where you really, really want to be challenged and feel like and go somewhere different.”

She added in the Instagram Live from earlier this year: “We know these characters so well, and so deeply that I think the writers noticed that we wanted to do something more with it.”

The actress previously revealed she thought she’d messed up her audition for Marsali when she said the wrong lines.

The actress said: “And the morning after my recall they called and asked me to play Marsali.”

Lyle added to Wonderland Magazine: “It’s been an incredible journey getting to become a part of such a loved and successful show, stepping onto those sets each day really is a special experience.”

Viewers first encountered Marsali in season three when viewers got a flashback to the Hogmanay where Jamie first met Laoghaire’s daughters, which gave him hope and a glimpse of happiness after losing his beloved wife Claire Fraser (Caitriona Balfe).

Explaining his marriage to Laoghaire, Jamie told Claire after their reunion: “After a few moments, my heart felt lighter. The music wrapped around me and I was laughing. I realised I hadn’t truly laughed since that last time, well, the last time I was with you.”

He went on to say: “So, there she was, twice-widowed and two bairns aching for a father. It was plain enough I found something to fill the hole I had in me. Jenny kent it as well, urged me to make the match.

“I wanted to be a father, a husband, now. All the things I thought the future held when I was with you. All the things I had to forget when I said goodbye to you at the stones, to care for Willie or Brianna, watch them grow up, to show them how to be in the world.”

He concluded: “I thought if I married Laoghaire, I could have all those things.”