Actress Penelope Wilton appeared in the Channel 5 documentary, Judi Dench: Our National Treasure to speak about their time acting alongside one another in the 2001 movie Iris. The true story shows the lifelong romance between novelist Irish Murdoch and her husband John Bayle before she’s diagnosed with Alzheimer’s.

During the film, the two women share a shower together and although no nudity is shown, that very nearly wasn’t the case.

Speaking in the Channel 5 documentary about the scene, Penelope revealed the height difference between her and Judi meant she was nearly shown naked.

She said: “Richard Eyre, the director, said, ‘Judi, don’t worry, we won’t see anything because we’ll cut just onto your chest here (just below her collarbone)’. 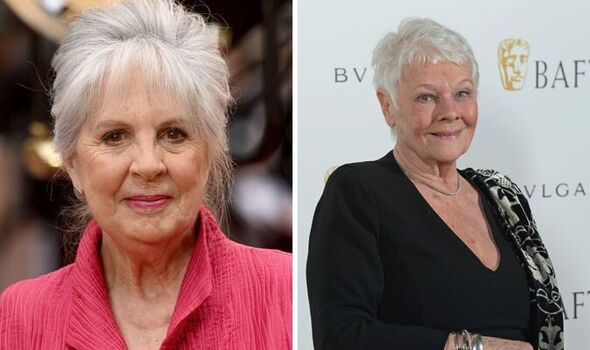 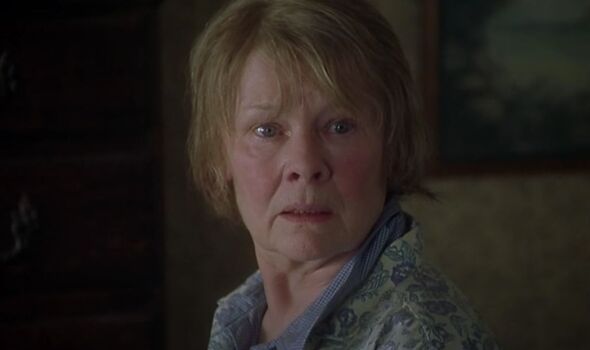 Penelope continued: “I said, ‘Well, that’s fine for her, but she comes up to my neck!

“There she’ll be and then I’ll be nude.

“I think they got round it from cutting over my shoulder.”

“Well, we laughed quite a lot doing that scene, I have to say, although we were supposed to be serious, but we did laugh a lot.” 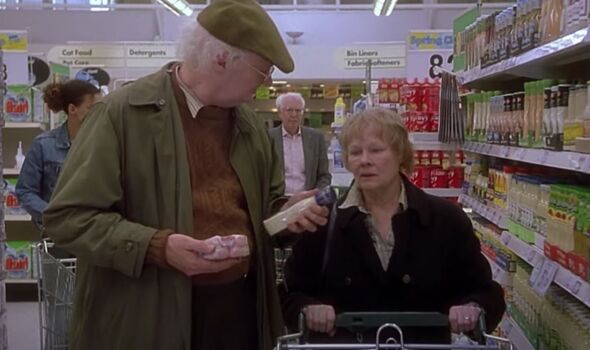 In the documentary, it was revealed that Judi threw herself into work after her husband Michael Williams died in 200, the same year Iris was released.

Speaking about Judi acting in the film at the time, director Richard Eyre said: “When we are doing Iris, she was in a state of terrible grief.

“She exemplified one of the qualities that a great actor needs which is sort of resilience and fortitude.

“You have to be able to act with strength when your heart is breaking.”

Elsewhere in the documentary, fans of the acting legend discovered more about Judi’s life and her career which spans nearly 70 years.

One of her most iconic roles to date is playing M, the boss of James Bond.

The 87-year-old first appeared in the franchise back in 1995 alongside Pierce Brosnan in the film GoldenEye.

Samantha Bond, who played Miss Moneypenny in the film, revealed the 007 actor was initially intimidated to meet her.

She said: “We got in this lift and Pierce was saying, ‘I’ve got my next scene with Judi, what’s she like?’

“He was so frightened and so nervous! I went, ‘You’re going to love her, she’s lovely.’

“He was very daunted at the prospect of Judi Dench, he isn’t anymore.”

Judi Dench: Our National Treasure is available to stream on My5.