A pensioner admitted she has “nothing” without her TV, in an emotional plea to the BBC. Maureen Sales explained that TV has become her “life” and “family” after her husband passed away 22 years ago. Speaking on Good Morning Britain, the pensioner said: “I lost my husband in an accident 22 years ago on our wedding anniversary, couldn’t have been a worse day at all, if at all. What’s happened to his pension? That’s what I’m asking. All his life he’d worked.”

On how important television is to her life, Ms Sales commented: “Well it is my life, it’s my family. I plan my day by my magazine every week and I sit and ring off everything I want to see and am going to see.

“Without that, I’ve got nothing. I live in the country very much so, very beautiful side of Sussex.”

Remarking on what her friends think of the decision to axe free TV licences for over 75s, she said: “Disgusting really, to put it briefly.”

Piers Morgan asked: “The least this country can do Maureen frankly, you’re here to fight for those who aren’t getting pension credit and the vast majority of the 3.7million pensioners over 75 in this country will not get a free licence. 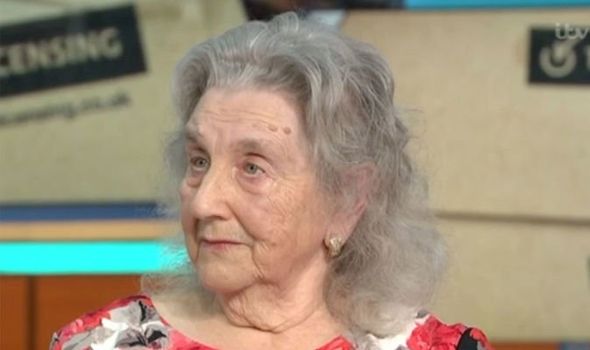 Do you think the BBC should do a u-turn?

“They will have to pay and many of them don’t have the means. Do you think the BBC should do a u-turn?”

Ms Sales replied: “I think so, they need to definitely do that.”

The BBC has come under fire after announcing that, from June 2020, the concession will be available only to households where someone receives Pension Credit.

Only around 1.5 million households will be eligible for a free TV licence under the new scheme.

As part of the charter agreement which came into effect in 2017, the BBC would take on the burden of paying for free licences by June 2020.

From that date, following a review by the broadcaster, only households with someone over the age of 75 who receives Pension Credit will be eligible for a free TV licence funded by the BBC.

It is thought that around 3.7 million pensioners will lose out.

Ex-Commons leader Andrea Leadsom told the Press Association: “I think that’s unacceptable. It’s a commitment in the Conservatives’ manifesto and we need to find a way to reverse that.”

Former Work and Pensions Secretary Esther McVey said she will back a campaign by ITV’s Good Morning Britain asking the BBC to reverse its decision.

She wrote on Twitter: “As someone who used to work for the BBC I am ashamed of them for this decision.

“Our ‘public service broadcaster’ who has forgotten the public they are supposed to serve. Agree with @RuthDavidsonMSP & @GMB campaign.”

Labour has launched a campaign to restore free TV licences for all over-75s, describing the move as “an act of cruelty”.

Leader Jeremy Corbyn wrote on Twitter: “Pensioners have spent their lives contributing to our society. Providing over-75s with free TV licences is not too much to ask. Sign the petition if you agree.”

The free licence fee was first paid for by a Labour government in 2000. Under the Conservatives in 2015, ministers announced that an agreement had been reached between the Government and the BBC, and the broadcaster would shoulder the cost.