Piers Morgan screamed down a megaphone telling the “stop Brexit man” to “start Brexit” when Remainer, Mr Bray, appeared on the show on Wednesday morning. The anti-Brexit activist has become known for interrupting live news broadcast interviews from Westminster by screaming “stop Brexit” at Parliament. The Good Morning Britain presenter turned the cards on Mr Bray as he unexpectedly pulled out a megaphone to demand MPs continue to take the UK out of the European Union.

The coin trader turned anti-Brexit activist has been protesting in front of Parliament nearly every day since 2017. In addition to often being heard during live broadcasts screaming “stop Brexit”, he can also be spotted with his trademark European blue jacket and a matching top hat with a yellow hat-band. 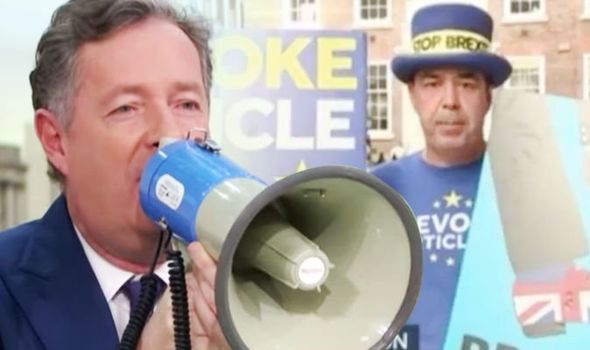 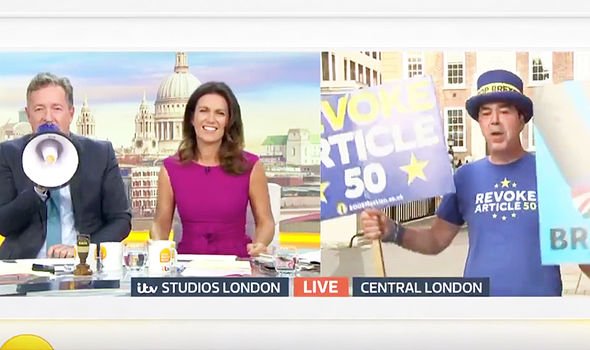 Tory leadership contender Boris Johnson has pledged to pull Britain out of the European Union by October 31, a move which would effectively put an end to Mr Bray’s campaigning.

Mr Johnson has insisted further delays to the withdrawal process would threaten “trust in our democracy” as he confirmed he would ensure the UK left “with or without a deal.”

Meanwhile, his rival for the Prime Minister’s job Jeremy Hunt says he would consider delaying Brexit beyond that date if the chances of getting a deal with the EU over the line are close.

Both candidates, however, appeared to pivot closer towards a no deal Brexit during their last husting before the results of the contest are revealed as Mr Johnson and Mr Hunt confirmed they would not support any withdrawal agreement which included the controversial Irish backstop.

The backstop, an insurance clause to avoid the return of a hard border between Northern Ireland and the Republic, has become a major point of contention between the British Government and Brussels. 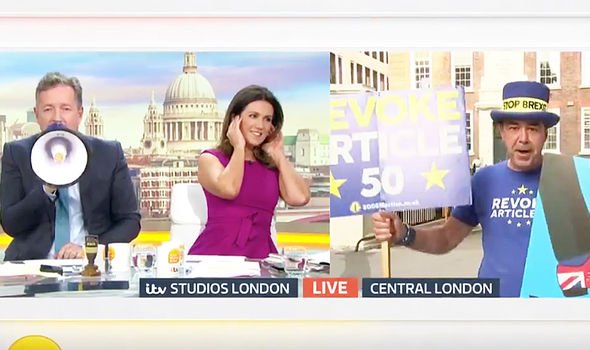 Brussels diplomats have revealed the bloc could offer Britain a package of new measures to help either Mr Johnson or Mr Hunt get their Brexit deal through the Commons in a desperate bid to avoid a no deal scenario.

Two EU officials, speaking on condition of anonymity to Bloomberg, claimed the UK now appeared to be trying to bully the European Union into concessions.

According to the officials, there are early talks that would aim to make the agreement more palatable in the UK so either candidate has a chance of getting it ratified by a divided Parliament.

These could include further commitments to look at technological solutions for the Irish border, making a formal link between achieving a post-Brexit trade deal and the UK divorce settlement of £39billion, offering to make the backstop apply only to Northern Ireland rather than the whole of the UK, and rewriting the political declaration on future relations. 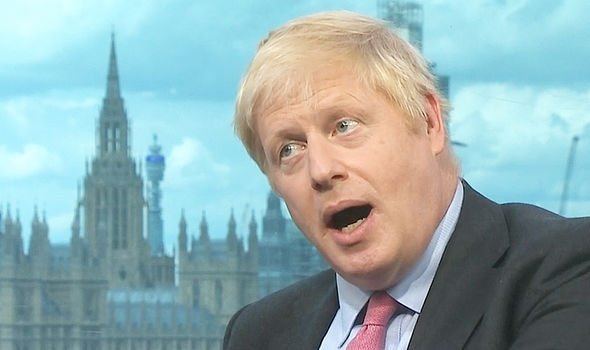 European Commission president-elect Ursula von der Leyen on Tuesday confirmed she would be willing to concede a new extension to the withdrawal process if extra time were needed.

Addressing MEPs in Strasbourg, Ms von der Leyen said: “In 2016 a member state decided to leave the European Union. This is a serious decision – we regret it but we respect it.

“In preserving the rights of citizens and in preserving peace and stability on the island of Ireland, these two priorities are mine too.

“However, I stand ready for a further extension of the withdrawal date should more time be required for a good reason.”