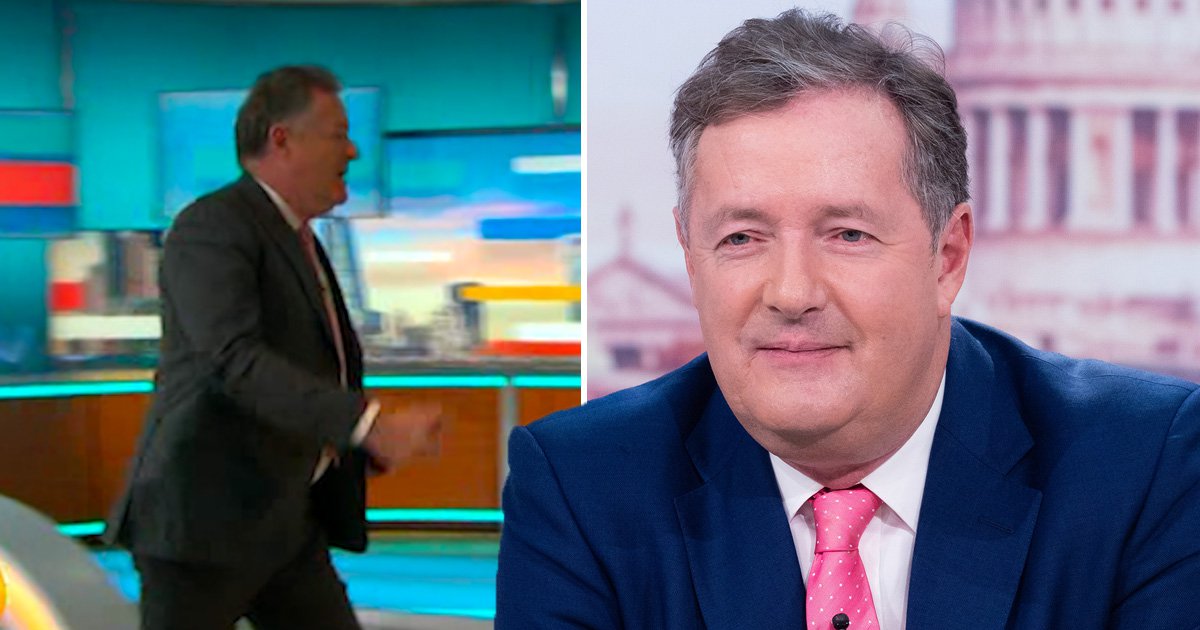 Piers Morgan has claimed he showed ‘mental resilience’ by returning to Good Morning Britain after he stormed off set.

The presenter, who quit the show shortly after the incident in March this year, famously clashed with Alex Beresford over his comments on Meghan Markle.

However, he’s argued that him returning to set following the clash showed him ‘overcoming temporary moments of weakness.’

Speaking on Twitter about tennis player Emma Raducanu, 18, who has retired from Wimbledon, Piers defended American pro John McEnroe who said: ‘It appears it got a bit too much’ for her, comparing her to fellow player Naomi Osaka.

‘McEnroe told the truth. Ms Raducuna’s [sic] a talented player but couldn’t handle the pressure & quit when she was losing badly,’ Piers wrote.

‘Not “brave”, just a shame. If I were her, I’d tell my fans to stop abusing McEnroe, & seek his advice on how to toughen up & become a champion like he was.’

A follower told him in response: ‘She’s 18 you muppet,’ with Piers, 56, replying: ‘Boris Becker won Wimbledon at 17….. by showing incredible mental strength & resilience in early rounds. It’s what you need to be a sporting champion.’

Raducanu’s Wimbledon run was brought to an end in the fourth round as she retired from her match with Australia’s Ajla Tomljanovic.

The player required treatment in the second set after struggling physically and didn’t return to the court after leaving for a medical timeout as Tomjlanovic advanced to the quarter-finals.

After appearing to tire physically, she was left shaking on court after falling 3-0 down in the second set. Minutes later, Tomljanovic was informed she had won by default.

He claimed he didn’t believe the Duchess of Sussex, including when she said she was suicidal, with Alex accusing Piers of ‘trashing’ her.

Piers then stepped down from the programme, with presenters like Adil Ray and Richard Madeley stepping in to replace him since.