On today’s Good Morning Britain, host Piers Morgan was in a great mood after England won the Cricket World Cup.

But that didn’t stop him from acting up slightly – though he probably didn’t expect the consequences that followed.

The 54-year-old lashed out at returning producer Erron Gordon, after taking offence to some of his tweets.

Piers said: “We’ve got our director back today, Erron, last week he directed the Big Debate and then he tweeted it was his career highlight.

“So his career highlight doesn’t involve the people he works with every day, it’s alright, we’re not taking it personally.

“I got you on Air Force One, I got you in the Churchill War rooms.

“I was going to take you to the White House for my next interview with Trump but… That’s showbiz, you’re gone.”

Moments later, the screen was taken over by a card which read “technical difficulties”. 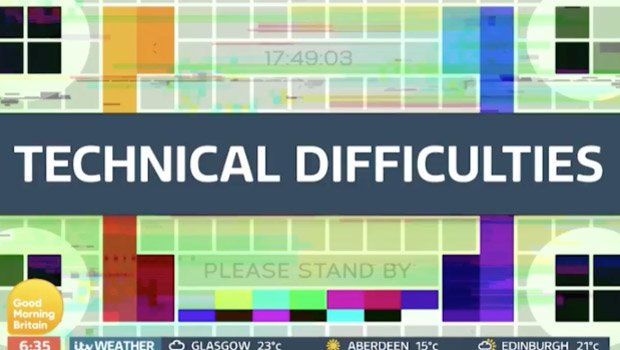 Earlier this year, Piers dared GMB producers to take him off air for 20 seconds.

But he called them “pathetic and gutless” when they only kept up with the dare for 12 seconds. 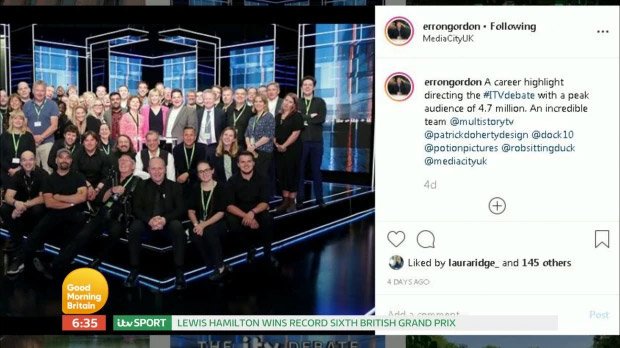 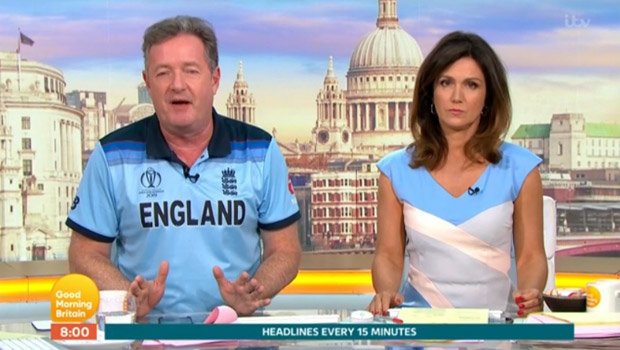 Piers told them that Good Morning Britain would lose viewers if they removed him from the show.

Elsewhere in today’s show, Piers suggested the BBC should scrap BBC Breakfast in order to save money to keep TV licences free for over-75s.

He has an ongoing feud with the BBC morning series and its host Dan Walker, and it doesn’t look to be ending any time soon.