Alexander, 49, and his Pointless co-host Richard Osman, 48, got the game under way this afternoon after welcoming the new quizzing hopefuls to the show.

The four couples consisted of some new faces as well as a number of contestants who had already had a chance at getting their hands on the jackpot prize on Friday’s edition of the BBC quiz show.

Beginning the first round, Richard explained: “On the board, we’re gong to show you seven sets of three codes and they’re all the airport codes for airports in the same country,” before going on to ask the contestants to tell the presenters which countries were represented on the board.

After the first round, Alexander had to send one couple home and much to his dismay, it was contestants Joe and Jack.

Let’s do another game

The pair were also knocked out in the first round on Friday’s show and Alexander was devastated the pair had met the same fate.

Announcing who would be going home, Alexander began: “So, at the end of our first round, we have to say…Aw, Jack and Joe!”

Shocked by who was being knocked out, the host remarked: “Should we just re-do? Let’s do another game,” wanting the pair to have another chance.

He continued: “That has been two Round Ones, guys. I’m sorry. You haven’t done badly in either of them.

“You’ve just been up against people who really know their stuff, I’m afraid. And…We have to say goodbye.

“I’m sorry. Back you go to Leeds. It’s been great having you here. Far too short on both occasions. But thank you so much,” the host continued, before the pair were taken away. 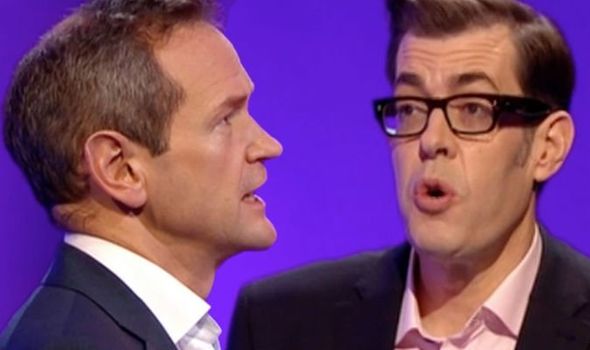 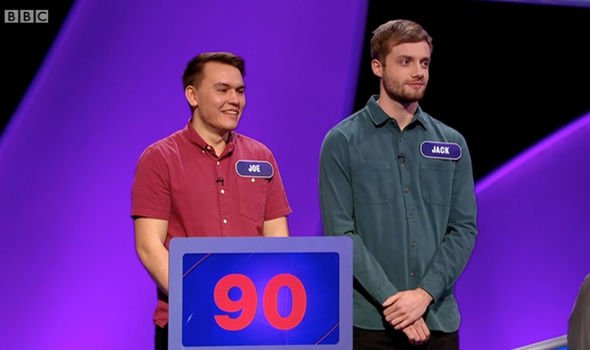 After Jack and Joe’s exit, the game continued with couple Pip and Stu going on to make it to the jackpot round, hoping to get their hands on £3,000.

Unfortunately for the pair, it wasn’t their day as they failed to win the jackpot, meaning the prize would rollover to tomorrow’s show.

On this weekend’s celebrity version of the BBC quiz programme, Richard and Alexander were joined by a number of sporting stars.

One such sporting enthusiast included former Strictly Come Dancing star Greg Rutherford, 32, and Richard made a cheeky remark about the long-jumper’s time on the dance show.

Beginning the programme, Richard said: “This is going to be brilliant I love it when we have sport specials they are so competitive… in a good way because they all want to win and they can’t hide it.” 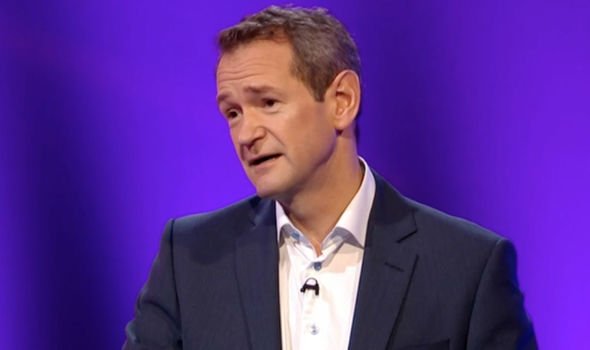 He continued: “They’re even competitive over who’s the most competitive!”

Referring directly to Greg, Richard remarked: “Sorry I didn’t know Greg Rutherford used to do sport before he was a dancer.”

However, last week, Richard was left apologising to Alexander when the host made a joke about fantasy drama, Game Of Thrones.

Richard didn’t understand the remark as he had never watched the television adaption of the novels, with Alexander replying: “Ah I see, a lot of twists and turns there. I think one of my best gags ever actually, that one.”

Pointless airs weekdays at 5.15pm on BBC One.