Throughout the episode, the jackpot increased to a sum of £7,000 as the Alex’s managed to get two pointless answers in the second round.

With a successful run, the two contestants were sure to win the jackpot but faced a hurdle when they discovered which categories they were having to decide from in the final round.

Didn’t think you were going for farm animals

Alexander commented on the contestants’ success, telling them of the jackpot: “It would be fitting for you to take it home.

“What do you think would be the kind of topic that would help you get that jackpot home?” the presenter inquired.

Alex G said: “Think we’ve got to go with sport, geography, either of those two are our strength probably,” but unfortunately, their specialist subjects were not in the running.

Instead, the players had to choose between Scottish politics, farm animals, royal weddings and Superman films.

As the two men deliberated, Alex G asked: “Is there a pointless farm animal?” as they considered the second option before deciding it would be their best bet at a win.

Giving Alexander their final decision, the host replied: “Ey eye ey eye oh,” to which Richard commented: “I didn’t think you were going to go for farm animals gents, it’s been on the board a long time.” 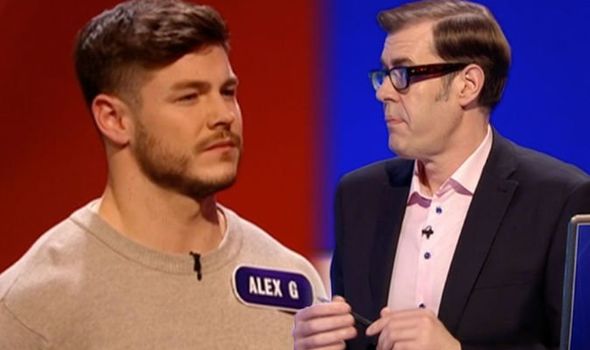 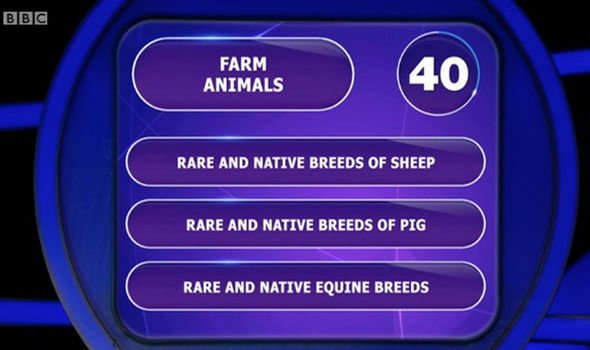 Defining their category further, the contestants were then told they had to name rare and native breeds of either sheep, pigs or equine breeds.

After choosing three answers, the contestants played their round but failed to knock even a mark off the 100 boundary.

Disappointed by their efforts, Alexander told the contestants: “Listen, you did very well. You came up with three answers which a lot of people would’ve struggled to have done.

“Double Pointless in our second round. That is a very, very impressive stat to take home with you,” Alexander continued. 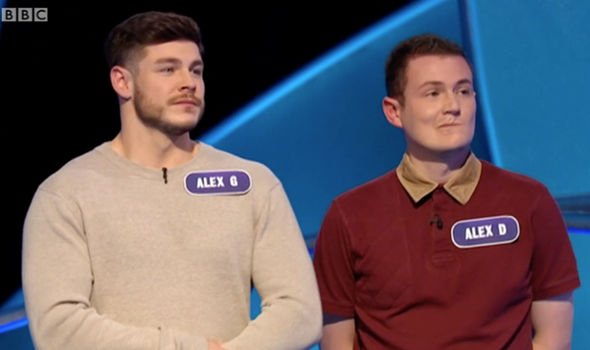 Richard added: “Well done for going for it as well, it was very fun,” and after giving the answers, he said: “Gents, congratulations for suggesting it as a subject.”

Viewers watching at home were a little disappointed by the contestants’ choice too and took to Twitter to comment.

One wrote on the micro-blogging site: “Why did they choose farm animals? #pointless.”

Another added: “Watching today’s #Pointless highly unlikely they’ll win it with Farm Animals. Wish they would though. Good lads. But serious question do contestants get a trophy each?.”

On last week’s show, Alexander was caught off guard by a celebrity contestant after they made an observation about their dressing room that could be “misconstrued”, eventually admitting “that sounds so wrong”.

Pointless airs weekdays at 5pm on BBC One.