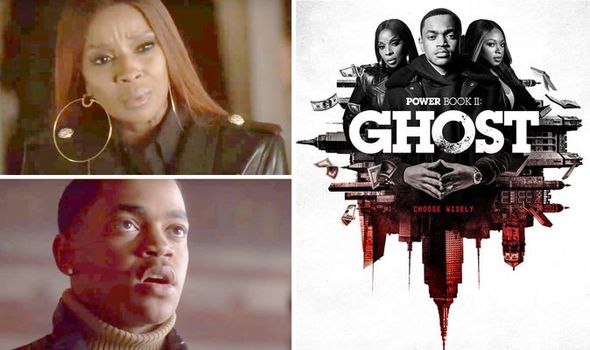 When will Power Book II Ghost be released?

The show will be airing on a weekly basis in the UK and the US and across the rest of the world.

There will be a total of 10 episodes in Power: Book II, which introduces the characters of Mary J. Blige as Monet, Clifford “Method Man” Smith as Davis McLean and LaToya Tonodoe as Diana.

Previously, Power was available to watch on Netflix UK, but it looks like there could be shift now to Starzplay.

You can access Starzplay via Amazon Prime but you will have to pay another subscription for access to this additional streaming service.

There were fears the show could be delayed after production was shut down earlier this year due to coronavirus.

However, it appears filming was completed in the end and fans will finally be rewarded with the next instalment.

Book II was originally supposed to be coming out in the summer, taking the slot occupied by its predecessor but this was delayed.

Speaking about the new series, showrunner and Power creator Courtney A. Kemp said: “We are thrilled to bring the fans the next chapter in the Power universe with Power Book II: Ghost.

“We know they have been waiting too long to rejoin Tasha and Tariq as he navigates the criminal world and the academic world without ever taking his eyes off the prize: his mother’s freedom.

“Along with reconnecting with some old favourites, we are excited for the audience to meet a host of new characters, including powerful allies like Method Man’s Davis MacLean and potential foes like Mary J. Blige’s Monet Tejada.

“Power Book II: Ghost, hits the ground running, throwing fans right back into the action just 72 hours after the events of Power 615.

“I won’t say too much more but what I can promise is that once the ride begins, we don’t slow down.”