ABC’s steady “The Bachelorette” led Monday in TV ratings, but NBC averaged more total viewers throughout primetime. Following “The Bachelorette,” the Zooey Deschanel and Michael Bolton-hosted “Celebrity Dating Game” ticked up a hair among adults 18-49, per the earliest available Nielsen numbers. (It did decline a bit in terms of total viewers, but last week was the series premiere, so last night was a win.)

NBC aired more U.S. Olympic Trials from 8 to 10 p.m. The broadcaster upgraded 10 o’clock with an “American Ninja Warrior,” which outperformed last week’s “Small Fortune” in the time slot. Sticking with our theme of fairness, which works in both directions, let’s just it wasn’t exactly as hard as scaling the salmon ladder to best “Small Fortune.” 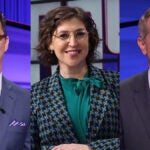 NBC and Fox tied for second in ratings, both with a 0.5. NBC was first in total viewers with 3.1 million, Fox was fourth with 1.7 million. 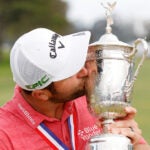 CBS was fourth in ratings with a 0.5 rating and third in total viewers with 2.8 million, airing all reruns.

We do not have initial Nielsen numbers for Spanish-language networks Univision and Telemundo.