Ray Lewis, the former state champion wrestler-turned Hall of Fame linebacker of the Baltimore Ravens, will become the face and inspirational voice of the upstart Professional Fighters League as it begins its season April 23 on ESPN 2, ESPN Deportes and ESPN+. Lewis has narrated a 60-second calling card promotional film, More Than A Fight, and it sounds like he might do everything but get in the ring. Not that he couldn’t do that, also.

Lewis, who’ll do more spots during a season that runs through August, got involved in PFL because he sparked to the league’s sell of giving 50% of revenues to its combatants, who will compete in season long matches, accruing points and leading to a playoff and championship and $1 million prize, in a season expected to run through August. It is the closest

Last week, Lewis was appointed to the newly formed PFL Athlete Advisory Board, which will be responsible for advancing the sport of MMA globally, identifying and recruiting new talent as well as further evolving the PFL’s fighter-first culture and mission. MMA legend and PFL broadcast team member Randy Couture joins him on the board. There certainly is promise; the top MMA entity, UFC, is the linchpin for Endeavor’s IPO play on Wall Street.

“The “MMA’s League Is Back” creative embodies the PFL brand, previewing the star-studded roster and what fans around the globe can expect this year,” said PFL CEO, Peter Murray. “This will undoubtedly be our biggest season yet, as we have elite fighters from more than 25 countries around the world, the best broadcast team in the sport, and a primetime platform when we return to action April 23 on ESPN.”

In a chat with Deadline, Lewis explained how the sport and its inventive season structure dovetailed with his own ascension in sports. A Hall of Fame football career began on the mat for Kathleen High School in Lakeland, Florida. He wrestled at 188 pounds, and no one in the state could beat him.

“Almost every fighter who fights started from some sort of a wrestling background,” Lewis said. “Which was my number one love, when I was state champ, Greco Roman, freestyle national champ, I just fell in love with it.
The only real scholarships I had were in wrestling, so when MMA came about, well I just found myself a die hard fan of the sport of combat. I studied Tae Kwon Do, karate, all those things. I’ve always been into these kinds of world, the idea of a master against a master.

‘A partner of mine told me about the PFL, and when he explained it to me a little more, I was like, wait, it’s different than other MMA where you put the fighters first, and they make 50% of the revenue? Any sporting arena, and definitely in the MMA world, they don’t get that. You hear arguments about what they’re not getting paid, and then PFL, when Peter and I started talking, the first thing that appealed to me was the format.

Just like the National Football League, leading to the playoffs and the first, second and third rounds, it’s more intriguing than us just sitting here watching MMA fights and you go, they’re going to give us four sometimes not so good undercards, and then one great fight. And it’s over. The PFL changed that. First step, second step. You grow with the journey and not just in the ring, but the journey of life. A lot of these fighters have such incredible stories and when you start to listen to what they turned away from, and what they gave up, that got me excited.

I said Peter, I really like this concept and would really love the opportunity to work with you guys. He said, your leadership and mentorship is what we need. Leadership at any level is so important, it doesn’t matter what sport it is. So my role will be pure leadership, get into these young warriors’ lives, the ups and downs and ins and outs. I spent time with Randy Couture, and I was a huge fan of his, and it was so exciting to brainstorm.

There is a giveback opportunity here also. These fighters get in that ring and give everything they have. Now, they have a real opportunity to change their paths, and help their families out. And now the money will be relevant enough that our PFL members have a chance to thrive after their fighting days are over, when too often they are banged up and no longer being paid anything. These were angles that appealed to me. I’m excited to jump from an advisory board side, to really thrown my ideas.

I’ve told Peter, I want to be the voice of this. And you’ll hear the voiceovers in the promotional things I’ve done. It’s a natural energy. Because I know what it takes when you walk into that ring. I lived that exact life. Speaking to it and being able to commentate on it in the future, it’s something will come up and I would love to move in that direction, for sure.

You think about the college football playoff system. For so many years, we had it one way. These guys are number one, but these others are undefeated, these guys lost one game but they played a stronger schedule. Really? None of that means anything. Now, this playoff system changes all that and for the PFL to create this model, in a sport like MMA, it’s a game changer.” 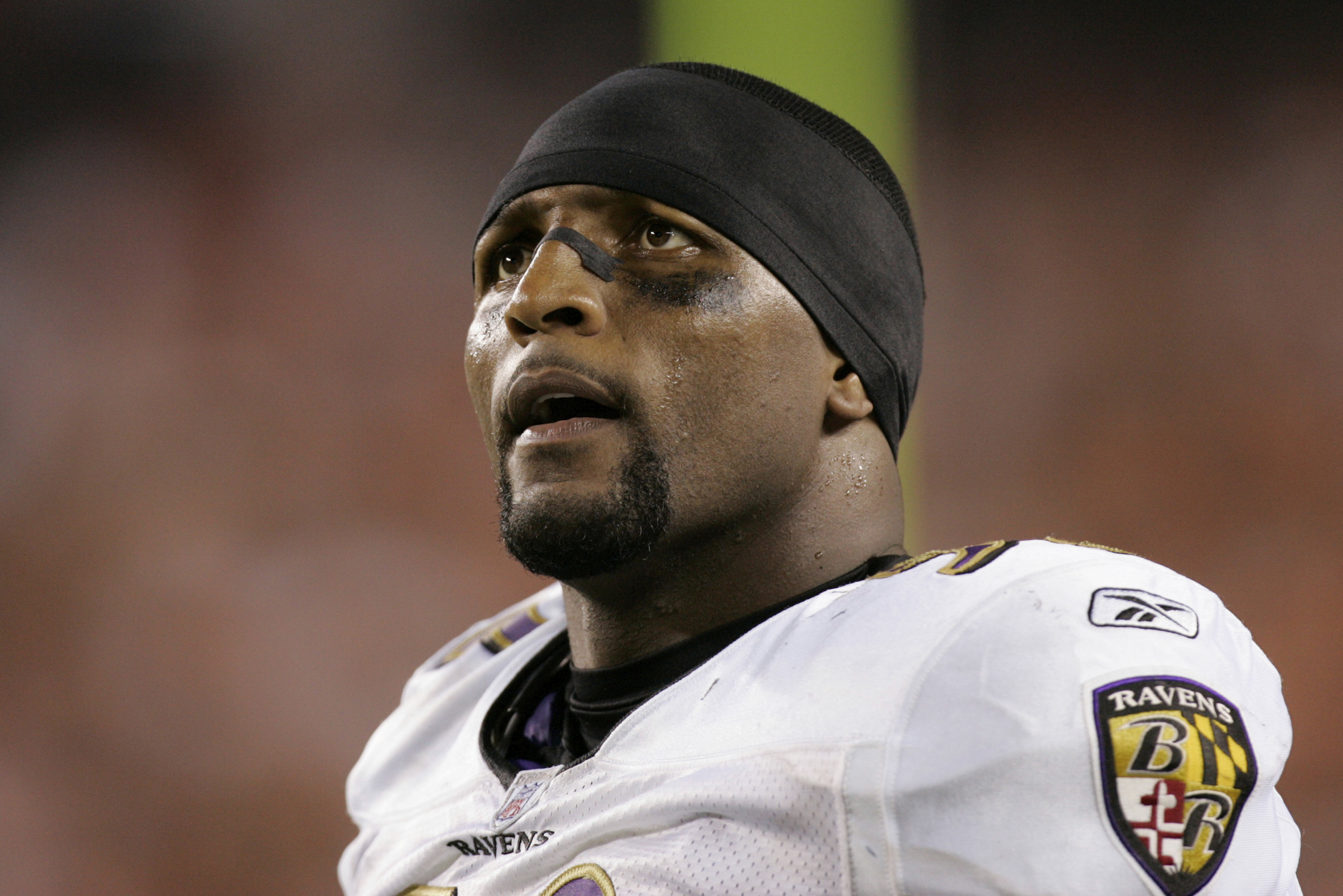 Lewis said his grappling training helped make him such an unstoppable force on the football field.

“In high school, I was more a dominant wrestler. I was probably the best football player in my state, but the wrestling is where I got notice. I was the first state champ at my high school, I own every record in the books there. That was my way out at one time, but the travel…I had to say, well, we’re broke. I don’t have the money to leave the state. That’s why wrestling fell behind. I wound up in Florida, the University of Miami, and Florida doesn’t have anything in wrestling schools. But it forever changed my career. When you talk about a football player who understands wrestling and leverage, you watch any fight. If I can get up under you, I win. It’s all about hips, people would say how are you shooting into those holes and attacking the running back like that. I’m like, that’s nothing but a single leg takedown, on the mat. That’s why I used to roll over so quickly, when I played. That was how you did it in wrestling. Roll over, get right back up and ready to go again. It was a big confidence booster.”