Is ‘Return to Amish’ real? 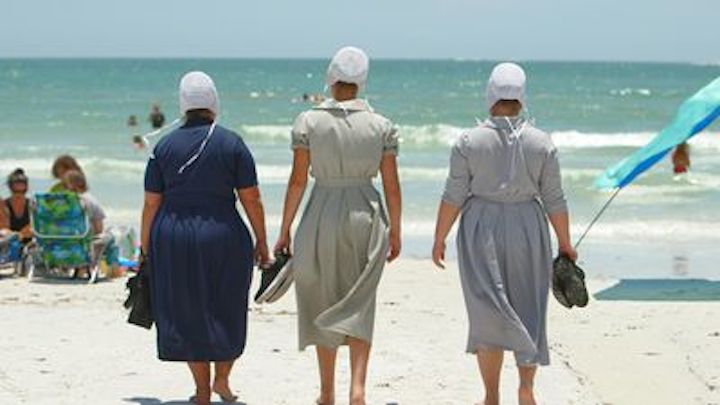 Return to Amish began in 2014 after Breaking Amish ended, and it immediately attained a close following. So far, fans have seen five seasons of the show. And the 2021 season began in March 2021.

Season 6 features Jeremiah Raber and his wife, Carmela, Life & Style notes. Jeremiah and Carmela were featured heavily in season 4 due to their marriage troubles, and they’ve come a long way. Sabrina Burkholder and her boyfriend, Jethro Not, are also featured this season. And friends Rosanna and Maureen are newcomers to the series who want out of the Amish way of life.

So, is Return to Amish real? Many had their doubts about Breaking Amish “[E]very single person on Breaking Amish is pretending to be something they aren’t,” a writer from Jezebel noted. “The entire concept of the show — people breaking away from their Amish communities for the first time to experience the outside world — is fraudulent.” On the contrary, a producer for the show argued it was all authentic.

Is the cast paid?

It’s likely certain aspects of Return to Amish and Breaking Amish are fabricated for reality TV entertainment, but there’s still likely a lot of truth to the stories being told on the show. With that said, are Return to Amish cast members paid?

According to Sabrina, she is compensated for her time on the show. “I get paid to do the show,” she told a fan, according to Starcasm in 2016. “I also work a regular job between seasons! Now that we are winding down shooting for this season, I am looking for a job again! I have two interviews this morning so wish me luck!”

So, how much is she paid? While Sabrina didn’t divulge her paycheck, MoneyWise notes the stars of 90 Day Fiancé make around $1,000 each per episode. It would make sense for the Return to Amish stars to make around the same amount.

Is ‘Breaking Amish’ coming back?

With Return to Amish on currently, could Breaking Amish ever come back? It doesn’t look like there’s any plan for the original series to return. Breaking Amish ended in 2014 while the cast members who wish to continue with reality TV are on the newer series.

Those who want to watch Return to Amish can tune in to TLC for episode 3 of season 6 on Monday, April 5, 8 p.m. EST. And it looks like Sabrina will have to head to the hospital for her baby, Jeremiah and Carmela discuss having a child, and fans will get more of a feel for newcomers Maureen and Rosanna. A clip from TLC shows the young women trying sushi for the first time, which proves to be a shocking experience.

We’re looking forward to hearing more about the Return to Amish crew only on TLC!