The singer, 30, showed off her legs slender legs in the cute outfit in a collection of behind-the-scenes snaps. 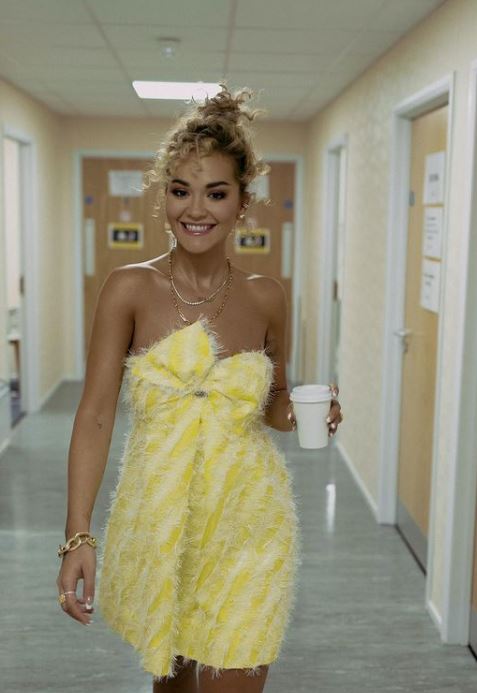 She wrote: "Week 3 of @maskedsingeruk tonight!! ✨🎭 💕 It’s getting so tough! I can’t wait to unravel the next masked singer! Have you all had any more guesses? 🔮✨."

Sitting in hair and makeup, Rita touched her face up with a metallic pencil.

She beamed as she walked TV studio corridors holding a hot drink and looked raring to go. 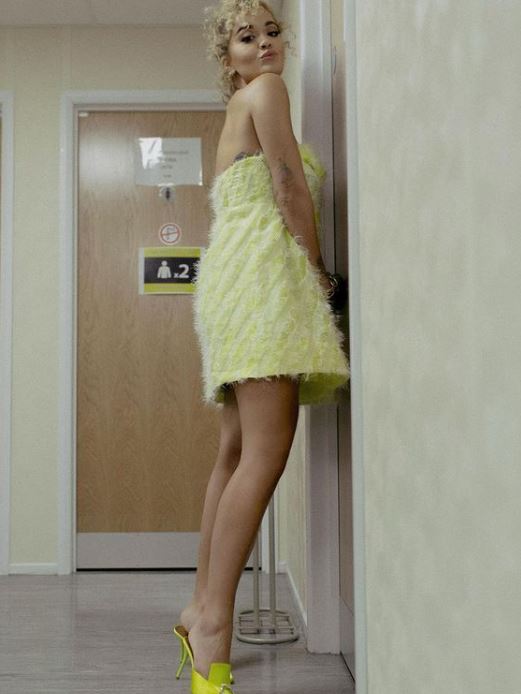 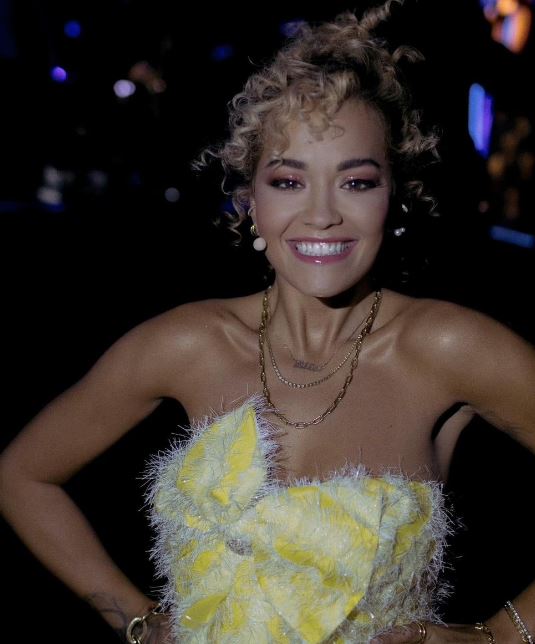 Rita hasn't had the best couple of months, with a string of controversial coronavirus rule breaks under her belt that have impacted on one of her commercial partnerships.

She has been 'quietly shleved' from EE mobile adverts after angering fans by breaching lockdown rules, it has been reported.

The star sparked outrage when she invited pals to celebrate her birthday with her at a private restaurant in November, during the UK's second national lockdown. 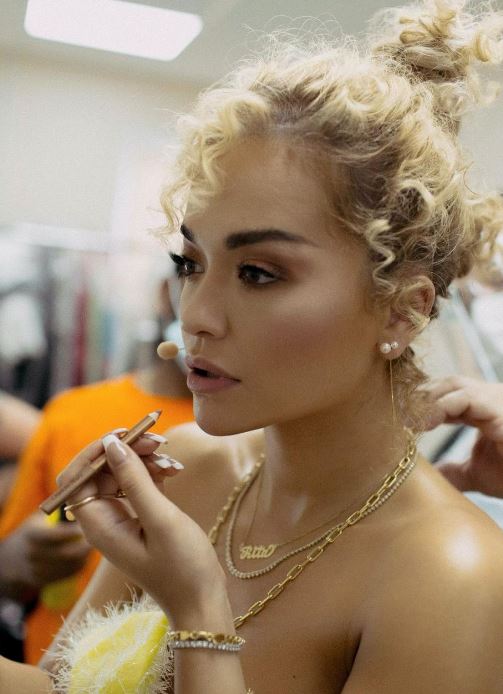 It was later revealed she'd broken rules for a second time when she failed to quarantine after returning from a trip to Egypt.

The backlash was so severe that EE bosses are said to have pulled the plug on her Apple 12 pro launch campaign early.

A source told The Mirror: "EE took the lockdown breach very seriously and didn’t want to be seen to be endorsing her actions by having her as the face of their brand."

The campaign saw a giant Rita performing her song Let You Love Me against the backdrop of London's skyline. 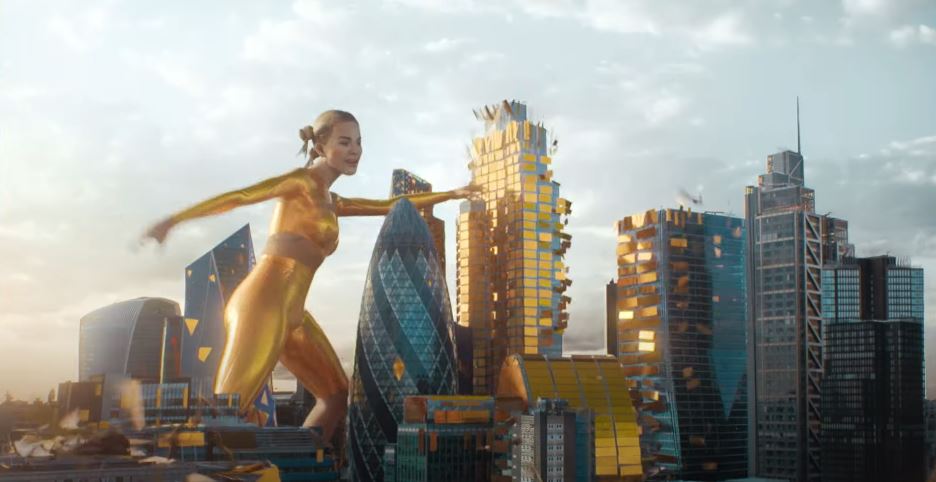 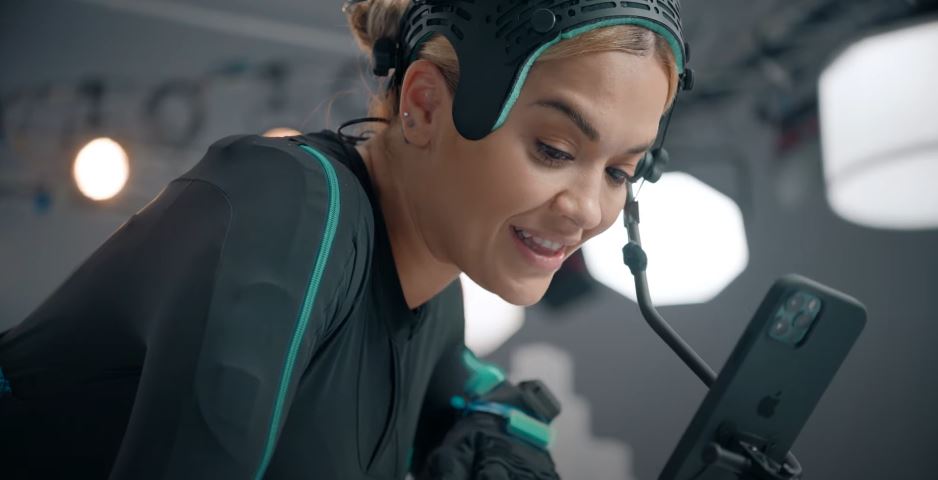 According to the publication, EE held "urgent talks" with the star's management before it was decided they'd "quietly end" the campaign.

Although they pulled the plug, Unicef – for which Rita is an ambassador – and The Voice Australia, where she's a coach, are standing by the star.

The insider shared: "They appreciate she has held up her hands to this at the first opportunity and accepts she made a mistake. She is incredibly sorry." 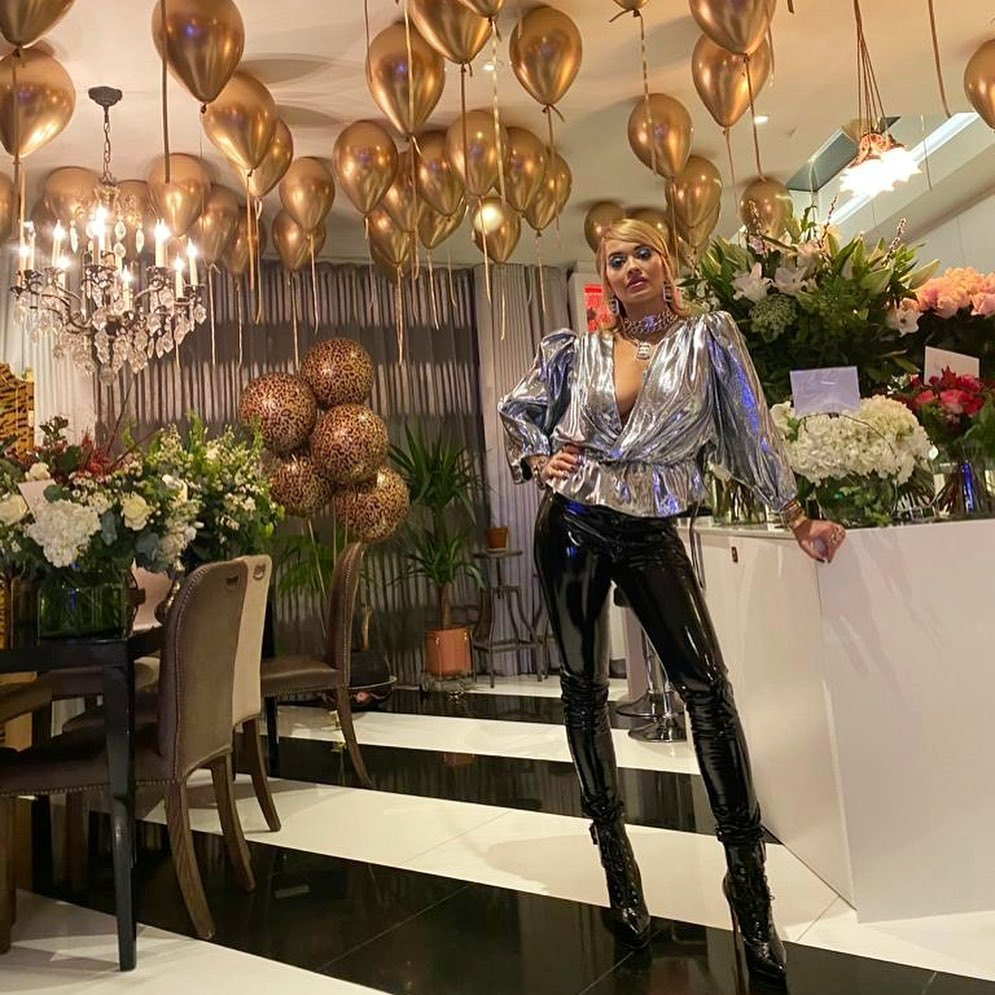