ROSANNA Davison has revealed how she tells her identical twin boys apart when she's tired.

The former Miss World and her hubby Wes Quirke were delighted to welcome miracle twins Oscar and Hugo in November. 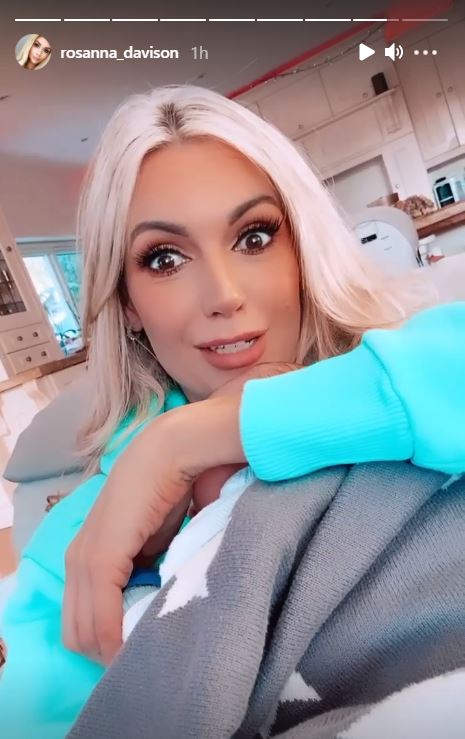 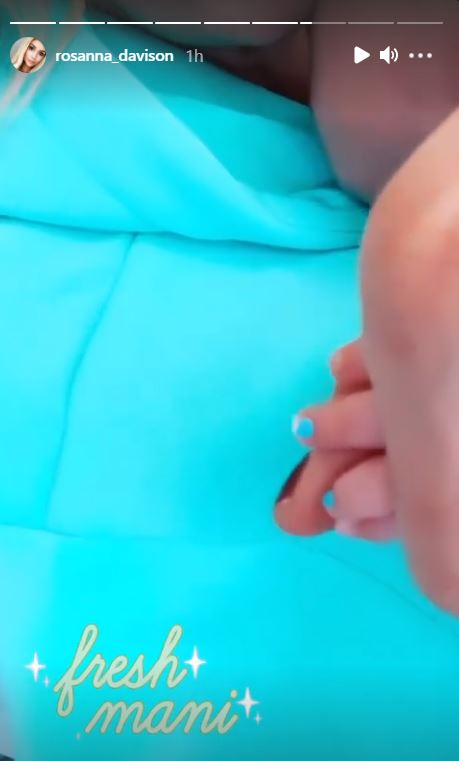 Rosanna has been open about her fertility struggle in the past and in 2019, she and Wes decided to have daughter Sophia through gestational surrogacy.

Taking to Instagram today, the now mum-of-three admitted that she can get confused between the boys particularly if it's dark or if she's tired.

But she adds a little bit of child friendly nail polish to determine who's who.

She said: "I have a little bit of a confession to make. When we're tired or it's dark in a room it can be difficult to tell the boys apart.

"They are absolutely identical apart from the fact that Hugo here is slightly smaller than his brother Oscar.

"So I came up with a way to tell them apart as recommended by other twin mums.

"He'll probably be pretty pissed off with me when he's older but I bought some special toxic-free child friendly nail polish to paint on a couple of Hugo's fingers in this very fetching turquoise colour.

"Just in case if there's any confusion, we can tell our sons apart."

Rosanna also shared a snap cuddled up with her boys.

This comes after Rosanna recently admitted that it's a "challenging time" being a new parent and that she has felt "really anxious" lately.

Rosanna shared a cute snap of one of the twins foot and in the post she said that the seven weeks have been a "blur".

The post started off saying: "Seven weeks of Hugo and Oscar.

"It’s flown by in a bit of a blur of sleepless nights, nappy changes, endlessly soothing colicky babies and constant feeds, while also keeping on top of Sophia’s routine.

"She’s still not too pleased about their arrival!" 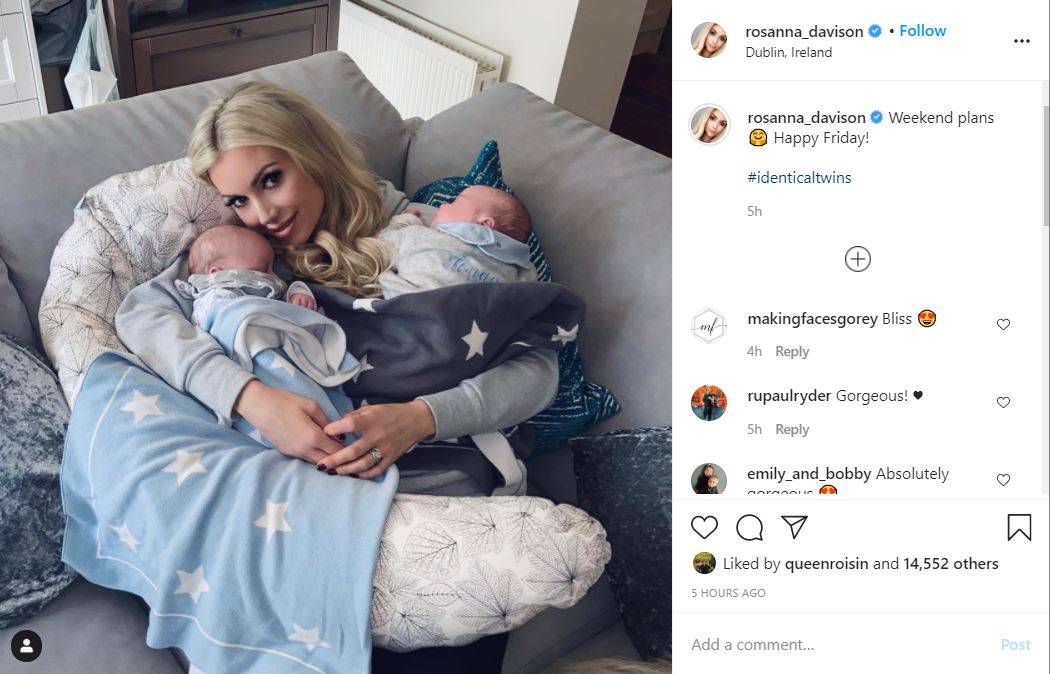