The arrival of the ship Empire Windrush in June 1948 is largely considered a landmark of post-war mass migration of Caribbean people to Britain, but that multi-decade history — which lasted through the 1970s — has been largely ignored by popular culture. Steve McQueen is aiming to rectify that oversight with “Small Axe,” an ambitious new anthology series comprised five original films, set from the 1960s to the 1980s, which collectively tell the story of Britain’s West Indian community.

McQueen has been trying to make “Small Axe” for 11 years, and the complicated nature of the project may explain the unique path it has followed to release. Three entries — “Lovers Rock,” “Mangrove,” and “Red, White and Blue” — premiere at the New York Film Festival this week, and were included in the official Cannes 2020 selection earlier this year. However, the BBC-produced project airs in North America via Amazon later in the fall, as a single collection, when “Alex Wheatle” and “Education” will be unveiled.

On the surface, “Small Axe” may look like the latest example of a revered auteur making his foray into the television realm. But McQueen, whose only prior work in that medium was an unproduced HBO pilot several years ago, insisted on characterizing each installment of the series as a discrete film tied to a larger theme. “It started as a TV series,” he said in an interview this week, recalling BBC’s preferences at the start. “But as I developed it, I came to realize that these stories needed to be standalone films. For me, they became individual stories. But obviously they’re linked, and the connective tissue is the Black British experience, the Black Indian experience. These are historical pieces that we need to come to light.” 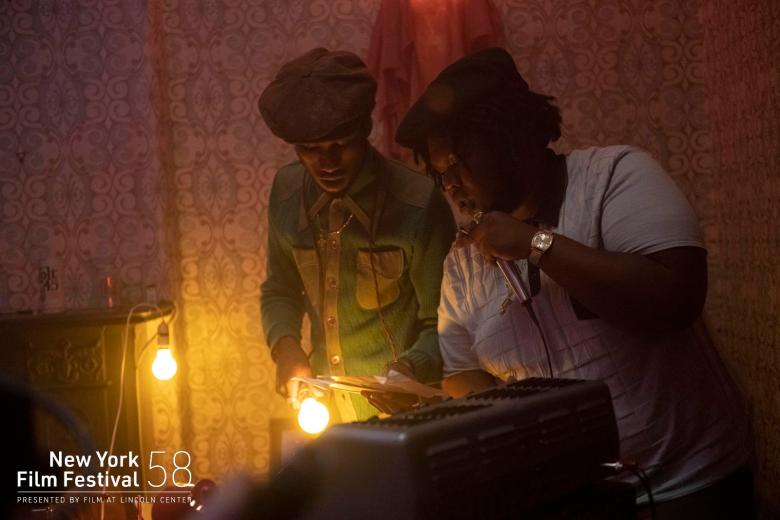 Whether films, TV, or some grey area, the historical imperatives of the project are clear from the content of each story. While only three of the five feature-length entries of “Small Axe” have been shared with media so far, all of them portray the lives of people who have been shaped by their own force of will despite rampant racism and discrimination. For McQueen, who was raised by a Grenadan father and Trinidadian mother in London, the sprawling project has been brewing in his mind over a decade, when he realized how few storytellers had been given the opportunity to explore the culture in question. “We’re missing two generations or so of Black artists in the UK because that industry was not welcoming to Black people,” he said. “There’s a hole in our narrative. These stories shaped the history of the UK. So it’s no small feat in what the West Indian population has done in the UK and the Black population has done in the UK.”

The title “Small Axe” is a proverb that has resonance throughout the Caribbean, made popular by Bob Marley in The Wailers song “Small Axe” from the album “Burnin’” (1973): “If you are the big tree, we are the small axe.” This speaks to the little-known stories of Black pride and resilience demonstrated during what has come to be known as the Mangrove March. And while that story is unique to British history, it resonates globally today against the backdrop of Black Lives Matter, and especially following the tragic deaths of George Floyd, Breonna Taylor, and Ahmaud Arbery. (When McQueen’s films were selected for Cannes, he said in a statement that he was dedicating the projects to Floyd’s memory.) 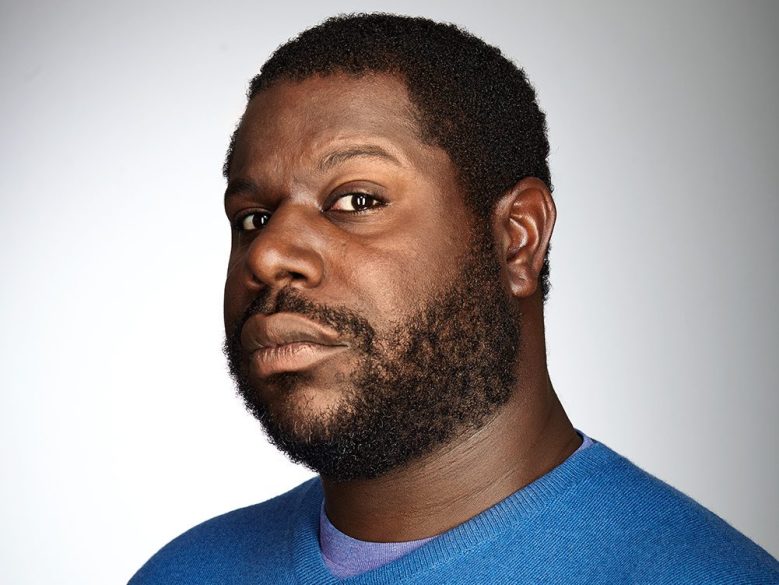 While all five installments have yet to be revealed, the three that premiere at NYFF present a complex intermingling of personal and political events from Black British history across 30 years. They also find McQueen moving beyond his usual team of collaborators. As his first project following the Fox-produced “Widows,” the material finds McQueen entering new territory on several fronts: It’s his first project without his usual cinematographer, Sean Bobbitt, who was unavailable. Instead, McQueen turned to rising DP Shabier Kirschner (“Skate Kitchen”), who juggled a range of visual styles and formats for the various installments. “Shabier was amazing,” McQueen said. “Each of the five films have their own look, as we didn’t want to work to a stencil. I was much more interested in exploring what the stories demanded, so Shabier shot on 35mm, 60mm and digital as well as various frame ratios. At the end of the day, it’s all about the story.”

The vast ensembles combine established actors like Letitia Wright and John Boyega with unknowns. McQueen reteamed with casting director Gary Davy, who last worked with the director on his feature “Hunger” almost 15 years ago. “We wanted to find brilliant young Black talent in the UK, actors who hadn’t had the opportunity to work,” McQueen said. That philosophy has extended to McQueen’s production approach as a whole. The Best Picture winner for “12 Years a Slave” was ambivalent about the recent announcement of inclusion rules for future Oscar candidates. “I’m more interested in education,” he said. “I’m interested more in bringing people into the film industry who never thought it was for them. Or it wasn’t that attractive for them.”

“Small Axe” itself is an extension of that impulse, as it explores several stories that have been largely ignored in film history. With the two-hour “Mangrove,” McQueen celebrates the courage of the women and men, known as the Mangrove Nine — Frank Crichlow, Darcus Howe, Altheia Jones-LeCointe, Barbara Beese, Rupert Boyce, Rhodan Gordon, Anthony Innis, Rothwell Kentish and Godfrey Millett — who took on system racism and were arrested as a result. Letitia Wright stars British Black Panther leader Jones-LeCointe, who led a peaceful protests against police raids of a Notting Hill Caribbean restaurant and wound up charged with inciting a riot. August 9 marked the 50-year anniversary of the so-called “Mangrove March,” which McQueen depicts in the film.

“Mangrove” is just one of five films comprising the “Small Axe” drama anthology. It begins after Enoch Powell’s “Rivers of Blood” speech in 1968, when a small restaurant called The Mangrove opened in Ladbroke Grove, a place that became a racial flashpoint for resistance in the British Caribbean community at the time.

Powell was an English far-rightist who gave a now infamous uncompromising speech attacking the government’s immigration policy, calling it “a dangerous delusion.” He said that Britain had to be crazy to allow more immigrants into the country. As a result, there were calls for an immediate reduction and the implementation of a conservative policy of “encouragement” of those immigrants already in the UK, to return “home.”

“In this country in 15 or 20 years’ time, the black man will have the whip hand over the white man,” Powell said at the time. “Like the Roman, I seem to see the river Tiber foaming with much blood.” Powell’s fears very much echo the xenophobia that much of the West is witnessing today, but McQueen said he has long related to the drama of the “Mangrove” as a compelling story worthy of cinematic exploration. “It could be a Western,” McQueen said, “with a guy opening a saloon, and the local sheriff is harassing him, and he goes all the way to the highest court in the land. These are universal stories.”

In contrast to “Mangrove,” the NYFF opening selection  “Lovers Rock” takes a more personal approach. The 68-minute story of Black love and music unfolds at a party in the early 1980s, with Amarah-Jae St Aubyn makes her screen debut opposite Micheal Ward (“Top Boy”). It tells of how Lovers Rock music — a genre that cultivated on the London reggae scene in the 1970s though the 80s — defined a generation during a period that had a major influence on British culture. McQueen suggested that his goal was to make that period of time relatable to a wider audience. “It’s about love, survival, and joy,” McQueen said. “There’s nothing coded about it. Everyone falls in love. Everyone goes to parties.” The ensuing story bottles the zeal of the eponymous music style and testifies to the force of a deep and resilient love.

Yet despite the intimate drama of “Lovers Rock,” McQueen said it had wider resonance for the project as a whole. “That is what ‘Small Axe’ is about,” McQueen said. “It is about doing it yourself. Don’t worry if people won’t let you in. You make your own.”

But that proves challenging in the third festival offering from “Small Axe,” entitled “Red, White And Blue,” which sees Boyega in his first post-“Star Wars” role as real-life police officer Leroy Logan, who worked overtime to challenge racial prejudice from within the force. McQueen acknowledged that, among the various subjects in “Small Axe,” this one is likely to register as more timely than the rest. “Obviously, the films were made when all these things happened,” he said. “I was very passionate about it.”

The Amsterdam-based director experienced a dramatic confluence of professional and personal circumstances during post-production, when his own daughter participated in protests against police violence decades after similar events depicted in his project. “I was just very proud of my daughter demonstrating in the street with her friends,” he said. “In a way, I’m feeling optimistic, because of the way that young people have responded to this situation. …I’m grateful for them.”