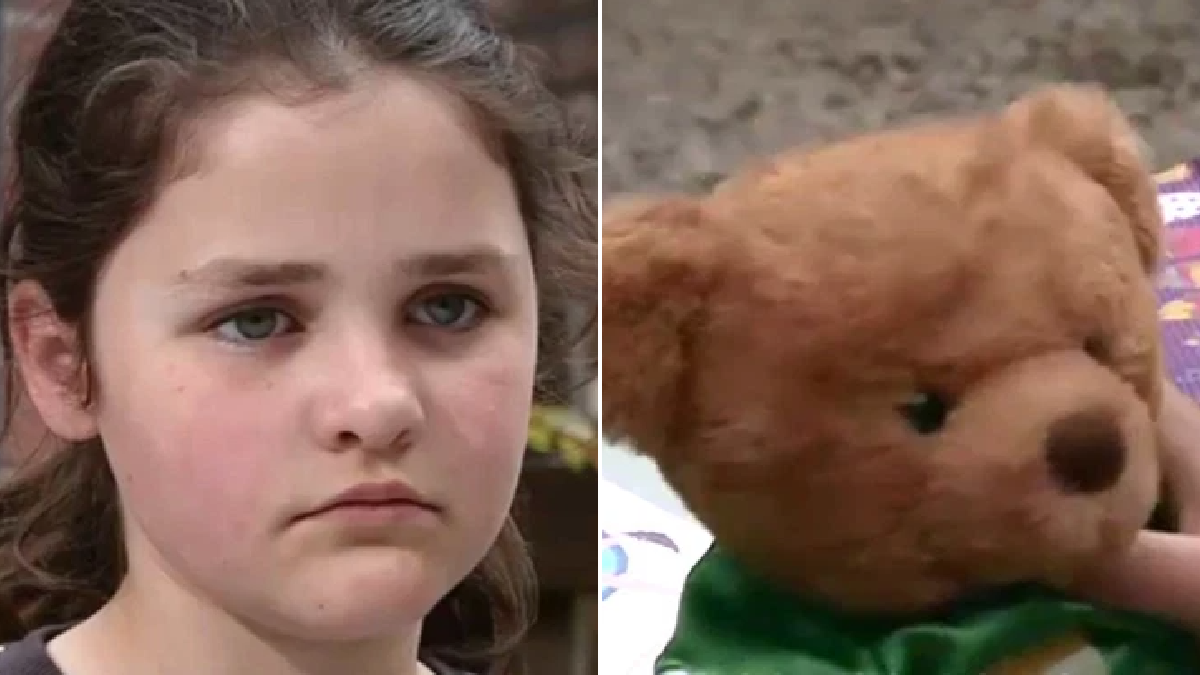 Hope Stape’s (Isabella Flanagan) jealousy over Alina Pop (Ruxandra Porojnciu) and her new baby continued to grow in Coronation Street tonight as she hinted at an evil revenge plan.

After arguing with Ruby, Hope made her way downstairs and told Fiz (Jennie McAlpine) and Evelyn (Maureen Lipman) that Ruby told her Alina’s new baby won’t be related to her.

Meeting Phill for lunch, Fiz was distracted and told him about her worries.

Meanwhile, after building the baby’s new cot, Tyrone (Alan Halsall) was shocked when Hope viciously said she’d never give up her bedroom for the baby, and would rather her new sibling slept on the sofa.

Heading home from her date, Fiz told Ty that things with Phill had ended as she’d rather focus on her children.

Indoors, Evelyn tried to assure Fiz that there was nothing wrong with Hope but in the yard, viewers saw the young girl rip the head off Weatherfield Ted – the present Tyrone bought for his new child.

Revenge in her eyes, we’ve seen Hope is capable of a lot for someone so young.

Spoilers have shown Alina’s flat will catch fire soon, but will the finger get pointed at Hope?