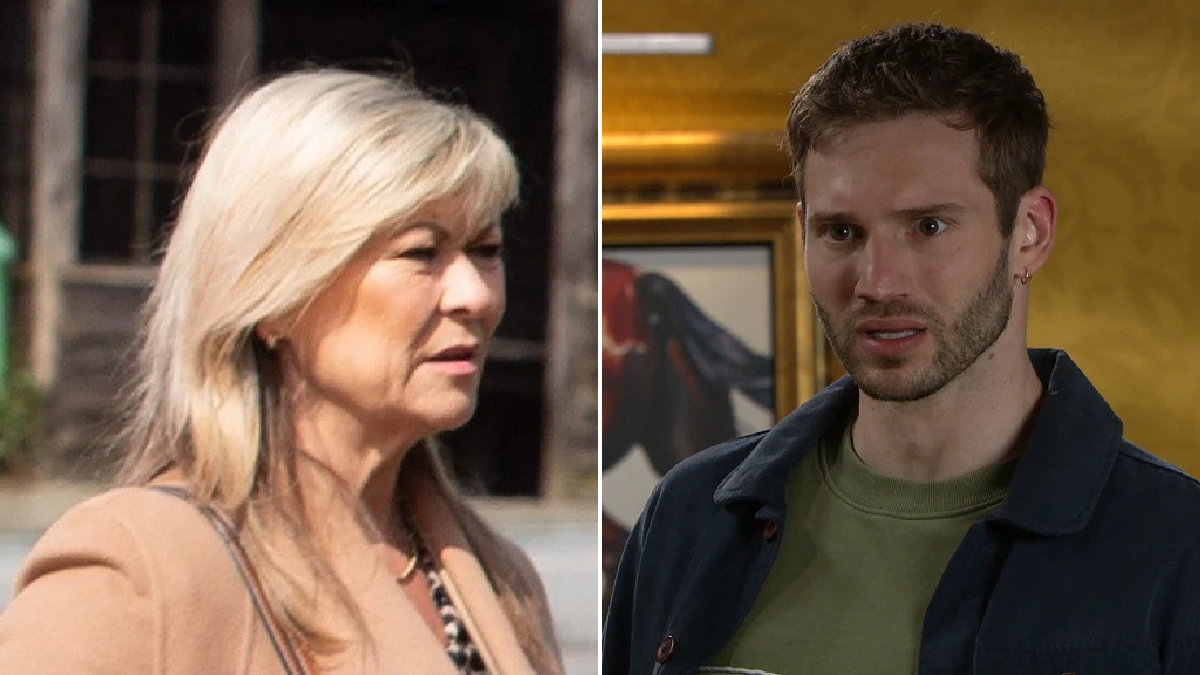 Kim Tate (Claire King) enlisted the help of Will Taylor (Dean Andrews) to finally discover who was behind poisoning her in recent Emmerdale episodes.

Kim initially thought the reasons behind her ill health was dementia, but after Lydia (Karen Blick) drank the spiked brandy, Kim finally realised there was something sinister going on.

After a couple of failed attempts at exposing her poisoner, Kim finally found out this week and managed to fake her death in the process (obviously).

Much to Kim’s horror, she discovered her own son Jamie (Alexander Lincoln) was behind trying to destroy her.

Gabby (Rosie Bentham) is stunned to learn Kim has kicked Jamie out.

Andrea (Anna Nightingale) tells Jamie he won’t be seeing Millie again until he sorts himself out.

In one final blow, Kim tells her son he’s been formally cut out of her will.

Jamie walks out of Home Farm and Kim’s life for good; she is devastated to have lost her son forever.

But what now for Jamie?

Could he leave the village if he isn’t welcome there anymore?