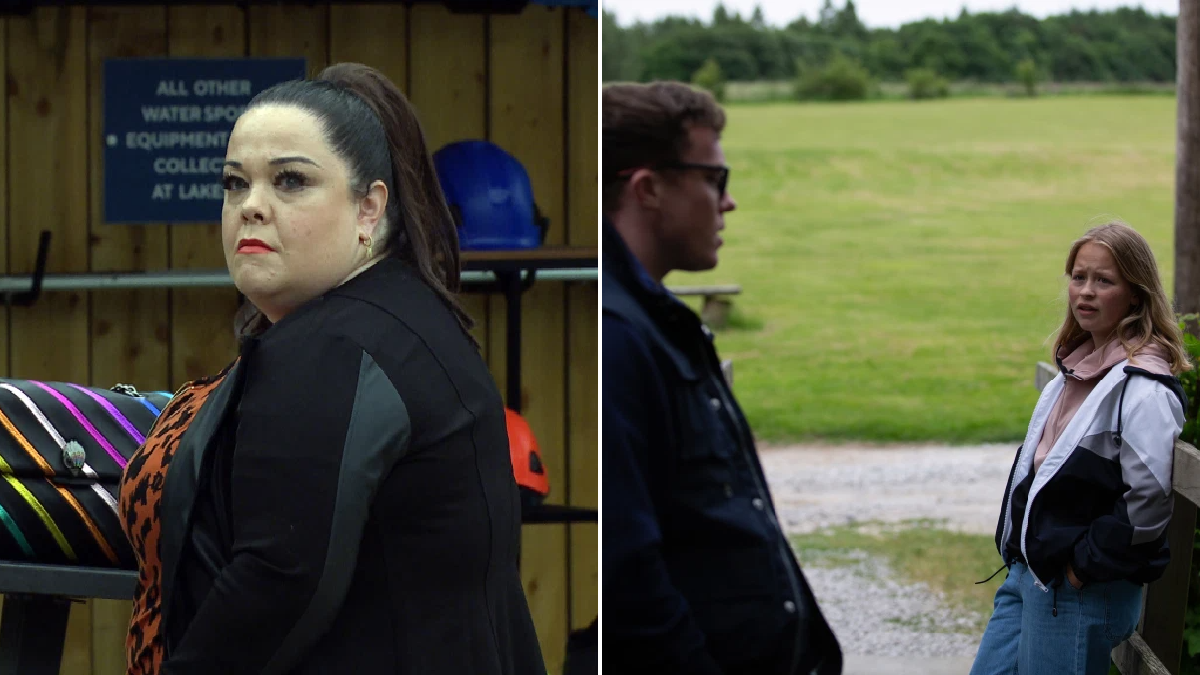 Liv Flaherty (Isobel Steele) has hit self destruct after feeling responsibility for the death of abuser Paul Ashdale in an explosion months ago in Emmerdale.

To cope with her demons, she has fallen off the wagon and sought solace in alcohol. With the problem worsening, Liv is in much need of support but Mandy Dingle (Lisa Riley) decides that her own focus needs to be on the wellbeing of Vinny (Bradley Johnson).

Mandy warns Liv to stay away from Vinny motivating her to try and quit the booze. Soon Mandy sneaks Vinny’s phone intent on keeping them apart.

When Liv can’t get a call through to Vinny, Mandy lies that Vinny’s blocked her number and is taking Belle (Eden Taylor-Draper) out for a drink and how Vinny just needs someone normal.

Liv sees Belle with Vinny but when Liv confronts Vinny they realise Mandy was behind it.

Vinny fumes at Mandy, disgusted at her lying and manipulation. However Liv is heartbroken when Vinny says he can only be her friend.

As Liv is drawn even further down a dark pit of despair, she knocks back more drink and then arranges a date with Jacob Gallagher (Joe-Warren Plant).

And when Liv takes drastic action, is it the last straw for everyone?

Or will it be the cry for help that gets through?