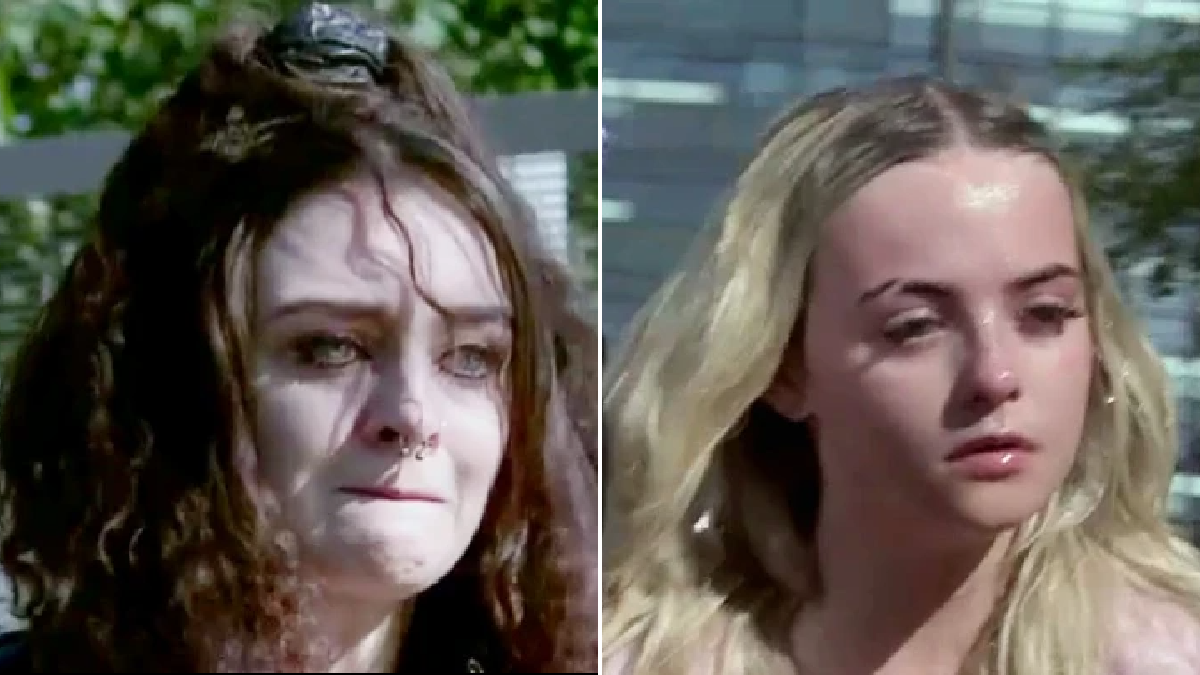 Since Kelly’s release from prison, her life has turned upside down.

Spending time on the streets, Kelly has found a friend in Stu (Bill Fellows) – the homeless man who helped put Corey (Maximus Evans) behind bars.

After seeing a returning Jacob (Jack James Ryan) approach Kelly, Stu tried to convince her to head home, adamant her friends and family would probably give her a second chance.

Kelly didn’t listen to Stu and when she was left on her own, she decided to call up the drug dealer for some spice.

Making his way back to the same spot, Stu found a semi-conscious Kelly, high on drugs and barely able to communicate.

As Stu set off to find the drug dealer, Kelly staggered away and came across a gang.

The drunk gang started to wind Kelly up, calling her names and pouring a can of beer over her head.

Unbeknownst to them, Nina was approaching, struggling with her breathing as the memories of her and Seb’s attack came rushing back.

After overwhelming flashbacks and watching the gang, Nina eventually found the confidence to save Kelly, telling the gang to leave her alone.

Kelly burst into tears, apologising profusely for everything she had put Nina through.

Thinking about Stu (and probably Roy), Nina warmed to Kelly, telling her she could come home.

As Kelly prepares for a comfortable night in a bed, Nina was left in the café battling her anxiety.

With no Roy (David Neilson) to look out for her, can Nina cope on her own?