In this week’s episode of Star Trek: Lower Decks, some pretty notable things happen. Boimler (Jack Quaid) returns to the Cerritos after enduring the nail-biting drama of serving aboard the Titan. Tom Paris (Robert Duncan McNeill) has a cameo appearance. And Tendi (Noël Wells) and Mariner (Tawny Newsome) go off on an away mission together. 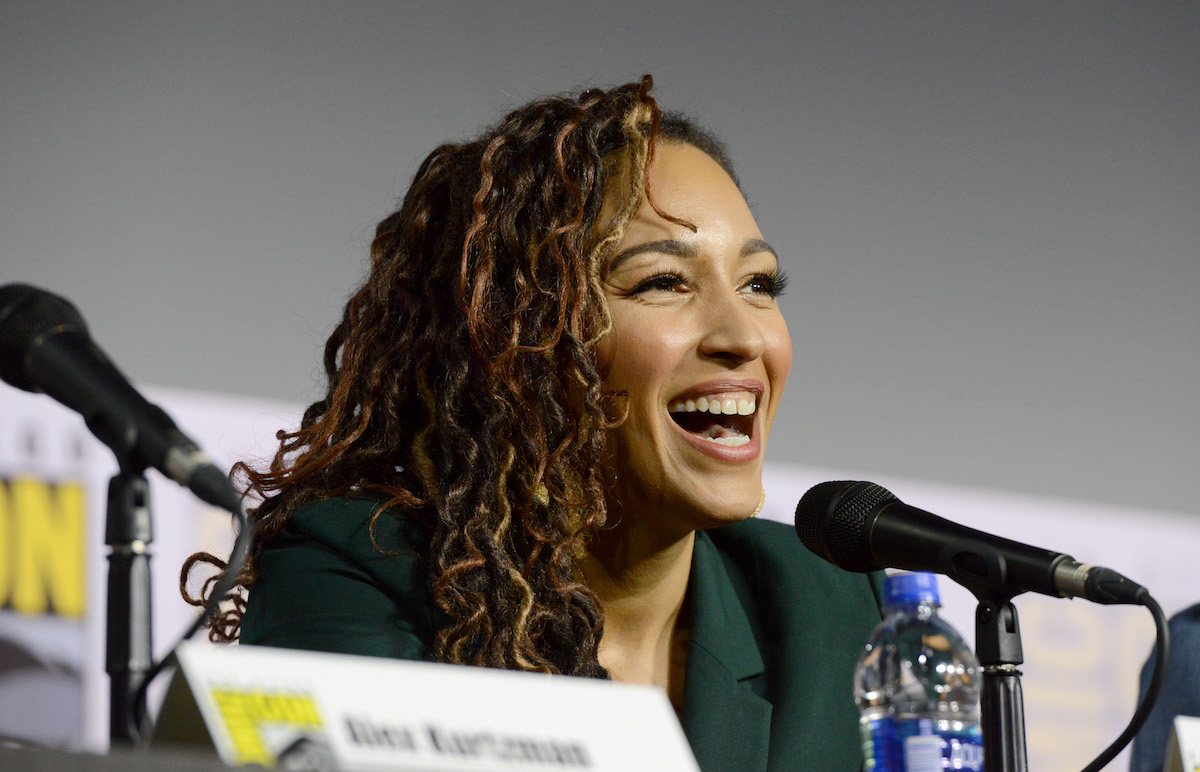 Tendi is tasked with retrieving a (hilarious) family heirloom for Dr. T’Ana (Gillian Vigman), and she asks Mariner to go along with her. Mariner is surprised, pointing out that the two of them don’t often work together.

Mariner typically pairs up with Boimler and Tendi with Rutherford (Eugene Cordero). Either that or all four of them embark on adventures together. So a “girls trip,” as they call it, like this one is pretty rare.

Over the course of the episode, Mariner realizes how little she actually knows about Tendi — much to Tendi’s chagrin. She doesn’t even know Tendi’s first name (it’s D’Vana, by the way).

And while they may not be as glaring, Tendi’s knowledge about Mariner has some gaps, too.

As the episode progresses, the two of them grow closer, reveal their vulnerabilities to one another, and decide they want to deepen their friendship.

Near the end of the episode, Mariner declares, “We might have been coworkers this morning, but now we’re friends.”

Female friends in ‘Star Trek’ the original series and ‘Next Generation’

What’s significant about this experience between Mariner and Tendi is that it highlights the problem Star Trek has always had when it comes to friendships between women.

While the franchise has consistently given us compelling women characters, its track record when it comes to their relationships with one another has not been so great.

The original series was, of course, extremely progressive for its day. The fact that there were women serving on the Enterprise in important roles at all — especially Uhura (Nichelle Nichols), who was a bridge officer — was a big step in the right direction.

The pilot gave us Majel Barrett as Number One, which was amazing. Sadly, however, her character was written out of the rest of the series. Instead, Barrett would go on to play Nurse Christine Chapel on the original series (not to mention the voice of the computer and, later, Lwaxana Troi).

However, Chapel and Uhrua’s interactions were few and far between.

Similarly, Star Trek: The Next Generation’s Deanna Troi (Marina Sirtis) and Beverly Crusher (Gates McFadden) are both highly compelling characters who are portrayed as friends, yet their interactions are rather sparse, limited largely to incidental tasks and aerobics sessions.

Indeed, there’s a running joke in the fandom that, for Troi and Crusher to have a conversation, they have to be wearing spandex leotards. There are some strong moments between them, but nowhere near enough.

What about ‘Deep Space Nine,’ ‘Voyager,’ and ‘Enterprise’?

Star Trek: Deep Space Nine starts to do a little better. Jadzia Dax (Terry Farrell) and Kira Nerys (Nana Visitor) both demonstrate stronger personalities than audiences may have been used to seeing from Trek women up until that point. So their interactions tend to be somewhat more substantive, though they’re still far too rare.

Voyager’s saving grace in terms of female relationships is the connection between Janeway (Kate Mulgrew) and Seven(Jeri Ryan). They’re not exactly friends, but Janeway is certainly Seven’s mentor.

It was refreshing in the 90s to see a woman in a position working to elevate another woman, especially in the 90s. But still, none of the women serving aboard Voyager have real female friendships.

And in Enterprise, Hoshi (Linda Park) and T’Pol’s (Jolene Blalock) interactions are paltry.

Let’s compare that to the male friendships in ‘Star Trek’ 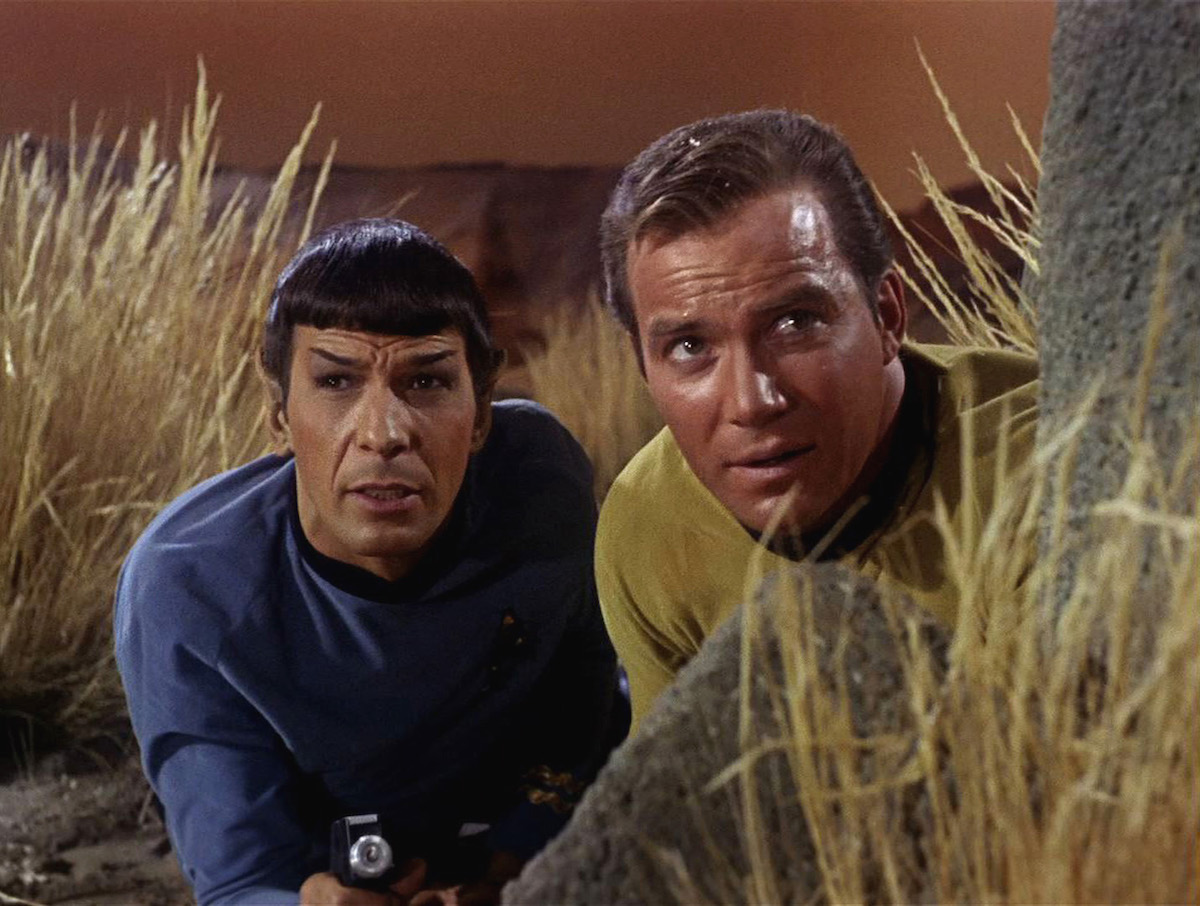 By contrast, every single Star Trek series has an iconic male friendship.

The friendship between Kirk (William Shatner), Spock (Leonard Nimoy), and McCoy (DeForest Kelley) is legendary not just in Trek but in pop culture at large. And unfortunately, there is nothing comparable to it among the women of Trek.

Next Generation has Picard (Patrick Stewart) and Riker (Jonathan Frakes), who enjoy both a mentor-mentee relationship and a deep and abiding friendship.

On Deep Space Nine, Miles (Colm Meany) and Julian (Alexander Siddig) have a truly heartwarming that they maintain over the course of the series. How many holodeck simulations do they play together? How many nights do they spend playing darts at Quark’s Bar?

Similarly, Tom and Harry (Garrett Wang) on Voyager and Trip (Connor Trinneer) and Archer (Scott Bakula) on Enterprise enjoy meaningful friendships that get plenty of screen time. These friendships grow and deepen over the course of their respective series.

Is there hope for the future of female friendships in ‘Star Trek’?

Previous iterations of Star Trek have placed more emphasis on male friendships, but hopefully that trend is starting to change.

The latest episode of Lower Decks is certainly encouraging when it comes to the potential future of Tendi and Mariner’s friendship.

And in Discovery, we’ve seen women interacting far more than we ever did in the past. The friendship between Michael (Sonequa Martin-Green) and Tilly (Mary Wiseman), for example, is highly compelling.

When they first meet, Tilly is wracked with self-doubt and Michael is plagued by her reputation as a mutineer. But they support one another in meaningful ways and now, Tilly has grown into a confident leader and Michael is captain of the Discovery.

Michael’s relationship with Mirror Georgiou (Michelle Yeoh) is quite profound, as well. It’s that relationship that helps Georgiou grow beyond the murderous, self-interested ways of the Mirror Universe and begin to sincerely care about others.

Since we’re in something of a Trek renaissance, there will be plenty of opportunities, both in the new series and the existing ones, to explore female friendships. Hopefully, the writers will seize those opportunities, as doing so will certainly make their storylines stronger.