Picard was the captain of the USS Enterprise in the series Stark Trek: The Next Generation for seven years.

After maintaining his position as Captain for some time, he eventually moved on to become an admiral.

The latest trailer, released by Amazon Prime Video, gives a very brief glimpse into what the newest Star Trek show will reveal.

Among vast shots of fields and farming, a man can be seen walking through various patches of land growing crops.

Eventually, after the man’s journey, viewers see a crate of red wine which reads: “Picard,” and: “Bourgogne”.

A woman’s voice speaks over the images, addressing Picard himself, saying: “15 years ago today you lead us out of the darkness.

“You commanded the greatest rescue armada in history – then, the unimaginable.”

And in a classic Star Trek style, the trailer leaves fans with a huge cliffhanger, as the voice concluded: “Tell us: Why did you leave star fleet, admiral?” 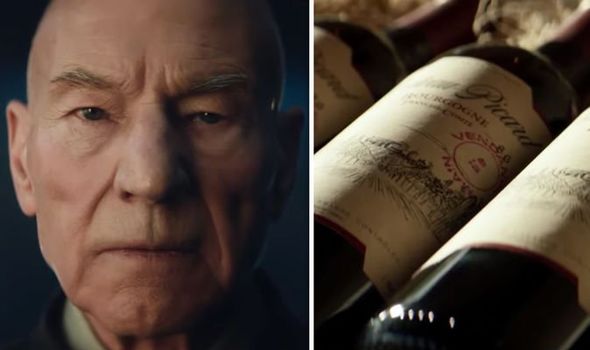 The final shot of the trailer is Picard’s face, looking disconcerted.

This comes before a line of text appears on screen, which reads: “The end is only the beginning.”

It looks like Picard has retired from Starfleet to grow grapes and make his own red wine.

But, as the voiceover teases, it sounds like he left under some stressful circumstances.

Picard has been through a lot in his time on both the USS Enterprise, and the events that followed – showcased mainly in the Star Trek films.