Stranger Things’ Eddie Munson star has opened up about the difficulties of playing an American small town teen. Relying on cast mates for help, Joseph Quinn had to quickly learn to play copy cat for this reason.

Eddie Munson star Joseph Quinn didn’t anticipate how hard life as a teenager in Indiana could be.

Taking on the role of local rock and roller, the British actor struggled to adapt to his surroundings for his part in the Netflix drama.

The breakout star and everyone’s favourite metal head impersonator had to go further than learn lines to embody the character.

He revealed faking an American accent set him off the edge when he first started filming. 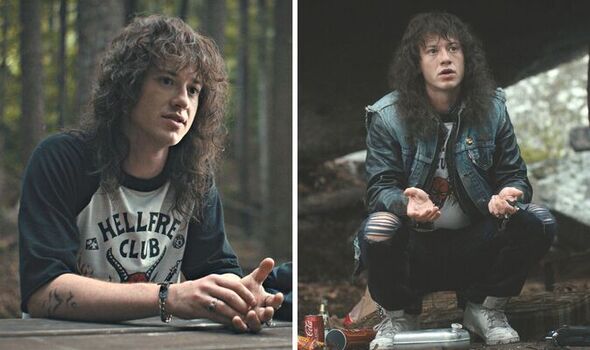 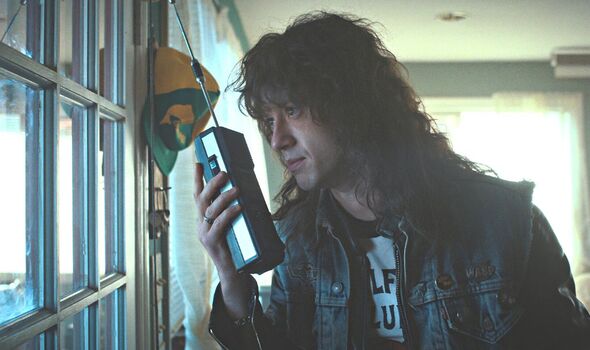 Obsessing over sounding authentic, fitting in in Hawkins required a perfect Indiana accent from just one of the British cohort on set.

Joining Joseph, Millie Bobby Brown, who plays Eleven and Charlie Heaton (Jonathan Byers) had to learn the ropes too when they first crossed the pond.

The actor shared he leant on co-star Joe Keery for support and reassurance that he was nailing the all American lifestyle.

He said: “I was talking to Joe Keery and at one point I was so deep in it, and he was like ‘Dude, I can’t save you, but I promise you it’s gonna be fine.” 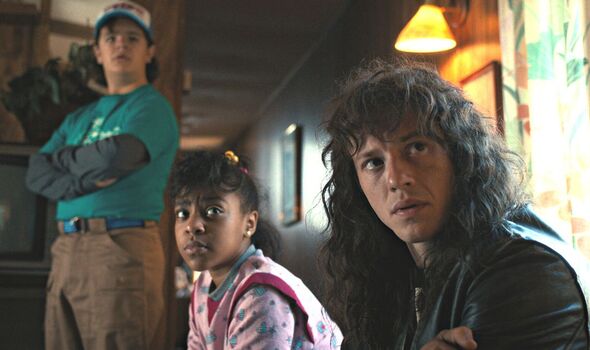 Early in that same conversation with the Off Menu podcast, Joseph revealed faking the sound of his voice sent him down a rabbit hole.

“After a while I was so far down the rabbit hole, at points I’d be like ‘Do I sound good? Do you like this? Do you like what I’m doing?’”

Despite seemingly being mauled to death by Demobats in season four, Eddie did more than convince fans of his nationality.

The fan favourite caused hysteria when he met his end in the epic last season.

Devastated at their hero’s death, viewers are convinced he will make a return to the final instalment and play a major role in defeating Vecna, the series’ villain.

Due to his entanglement with the vampire-esque monsters, the theory goes that Eddie will resurrect as Dungeons and Dragons character Kas.

Seemingly confirming their guess via messages written on an album cover, fans are waiting to see the rock and roll junkie help Max Mayfield rid Hawkins of evil.

Stranger Things just aired its penultimate run to rave reviews and a lot of curious fans hungry for more.

Creators the Duffer Brothers are keeping the lid tightly sealed on season five spoilers but it has been confirmed the heroine Max Mayfield is alive, despite being left in a coma at the end of the last episode.

Set to start filming soon, when the drama returns it will be for the last time but showrunners have reassured viewers they will be treated to an ending that won’t leave anything to the imagination.

Catch up on season four of Stranger Things, available to binge on Netflix now.