Strictly Come Dancing’s costume team do an amazing job of styling the celebrities and professional dancers each week to give the dances a stunning edge and to avoid any wardrobe malfunctions. Fans of Strictly spin-off It Takes Two, will know how much planning goes into each celebrity’s costume however Saffron Barker has revealed that her favourite dress worn in the competition wasn’t one that had been designed with her in mind.

Saffron Barker and AJ Pritchard narrowly missed out on a place in the quarter finals of last year’s BBC series.

In an exclusive interview with Express.co.uk, Saffron opened up on her time on the show and made a shocking backstage revelation about one of her costumes.

Each week on It Takes Two, Vicky Gill gives viewers a sneak peak at the designs of the couple’s costumes.

However, Saffron revealed that the day before she danced the Waltz, there was a last minute costume shake-up when she spotted a dress she preferred to the one that had been designed for her. 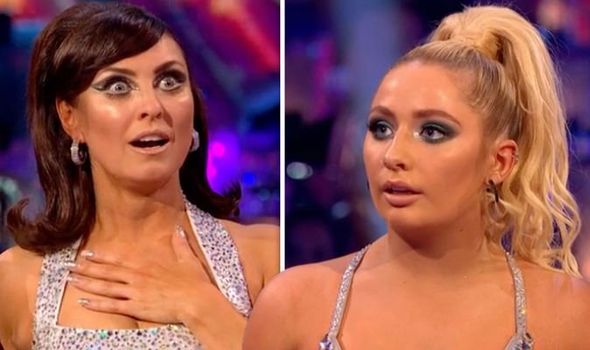 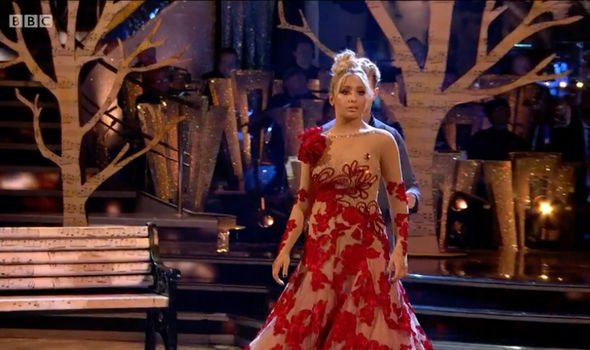 When Saffron was asked if she had a favourite costume, she said: “It would have been my waltz dress which is the big red one that looked like it had poppies all over it.

“It was actually funny because it was never meant to be my dress and it was really last minute that it became my dress.

“It was everyone’s favourite and it was my favourite and I got to keep that dress because on the tour I did the Waltz and the Foxtrot.

“I got to keep both those costumes and they were definitely up there with my favourites.” 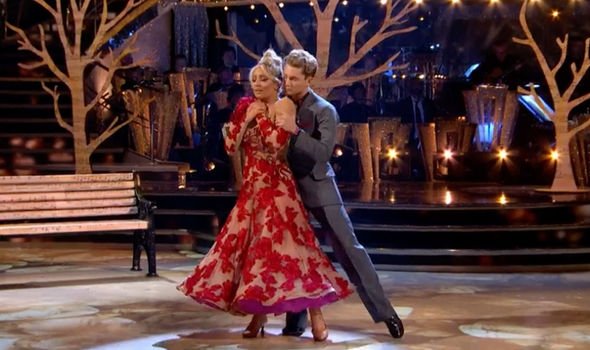 “Very excited to have them, not that I have put them on since,” she confessed. “I don’t know if it would make me sad or not but they are hanging up in my wardrobe.”

Explaining how her Waltz dress came to be hers, she continued: “On the Friday you go into your fitting, and they go, this is your costume and then you try it on and anything like you don’t like, if they can change it, they will change it.

“They’re really great in that sense in that this is your costume now, but we all have body insecurities and certain parts you don’t like and if they can change it they will.

“But I remember this one week, it was the only week on the show that I really, really felt insecure and really down about myself.”

“I remember the dress that I tried on. I was just, first of all, I didn’t like it on myself and it was nothing [I’d usually wear].”

Saffron admitted the Ballroom and Latin dresses were obviously something she wouldn’t wear usually but she felt this dress “didn’t suit” her.

She added: “I just didn’t really like the dress on my own figure and it was like one week I got really emotional and upset about it.

“I didn’t know what to do and I said I’ve seen this dress in the hallway ,and I just really wish it would look like this.

“And they said, ‘You can have that one if you want,’ and it wasn’t actually for anyone, they had just made it if they needed it.

“It was waiting there and it just suited my dance so much more and as soon as I put it on, everyone said, ‘Oh, my goodness, this dress actually works so much better for the song.’

“I was just having a really emotional week and I didn’t feel comfortable in the dress that I was wearing,” she continued.

“It just happened to be that I had seen this dress because it was outside of my dressing room and when I walked past it, I [thought to myself] ‘Oh my god, that dress is amazing.’”

Saffron Barker is encouraging the UK’s YouTube community to donate their advertising income (AdSense) from one video uploaded on Saturday 11th April 2020 aka Super Saturday to NHS Charities Together #YouTubers4NHSHeroes.

Strictly Come Dancing will return later this year to BBC One.