SUSANNA Reid ended her working week on Good Morning Britain early as she was replaced by Kate Garraway today.

The presenter, 50, last night revealed she was cutting her usual four-day week on the show short. 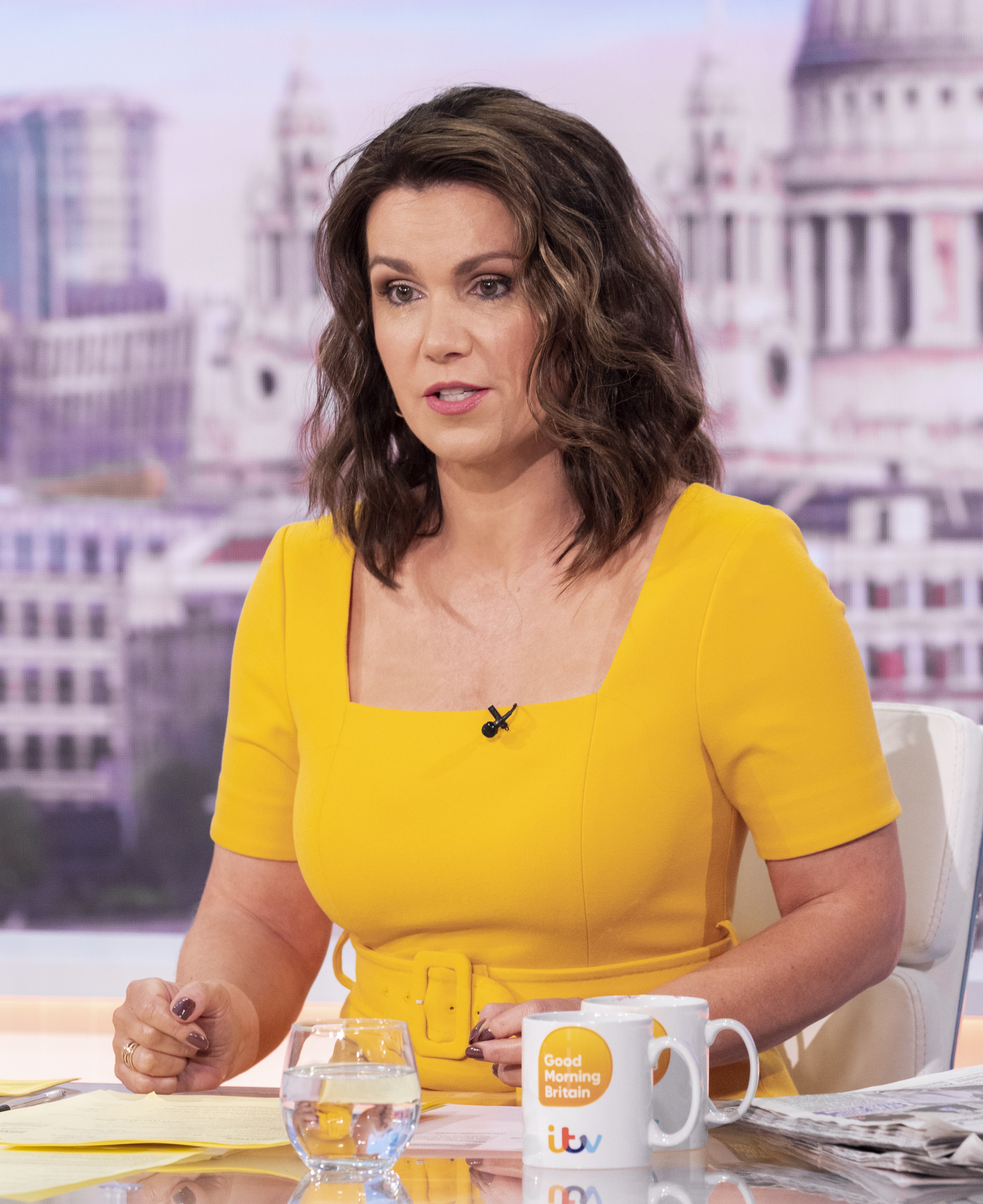 She told fans: "SEE YOU NEXT WEEK! Back @gmb on Monday."

It followed a fiery clash with Dr Hilary Jones this week over the restrictions being lifted on Freedom Day.

Susanna's co-host Ben Shephard was joined by Kate – who usually presents on Fridays – but stepped in early for the star.

Her fans rushed to find out why she was only working two days this week.

One said: "What, only two days this week? Have a lovely time whatever you're doing."

Another added: "Only two days this week? Looking forward to having you back next week."

Someone else said: "Myself and the GMB viewers will miss you Susanna, truly will miss you. Mornings won't be the same without you."

Susanna didn't reveal to her Instagram followers why she was having time off work.

But it is likely to be preparing for the 10th National Reality TV Awards, which are taking place tomorrow.

The presenter has been nominated for Celebrity Personality of the Year 2021, with Good Morning Britain in the running for Most Inspiring TV Show 2021.

One fan said: "All the best for the awards on Thursday!"

Another added: "Have a good day at the awards – bring home the bacon!"

On Monday Susanna clashed with Dr Hilary as she played devil's advocate about the latest coronavirus pandemic restrictions easing.

The mum-of-three shared her joy that teens who turned 18 in lockdown were finally able to go to a nightclub for the first time.

But Dr Hilary insisted it "really isn't the time" to lift all restrictions in England.

Susanna hit back: "Except, people would say other contagious diseases don't have restrictions – when there's flu we don't shut down nightclubs."

Hilary wasn't having it – correcting that we do "have restrictions" for several illnesses – including "measles, Ebola, and whooping cough".