Susanna Reid, 48, was joined by Ben Shephard, 45 on Good Morning Britain today as regular host Piers Morgan, 54, continues to take a break from the show. On hand to present the competition segment from snowy Northern Ireland this morning was Andi Peters, 49, who had all the details available for ITV viewers. However, the end of his part went slightly array as chaos ensured, leaving his colleagues in the studio shocked as they watched the scenes unfold.

Reporting from the snowy location of Ballymena, Northern Ireland, Andi was joined by several members of the public who were waiting for him in a passenger cart.

As he took to the driver’s seat, the presenter told the hosts he was told not to press a certain button by producers, a warning he ignored.

Having given all the details of the competition, the broadcaster began driving the vehicle in the snow as it drove away from the camera.

However, the shot stayed on the ensuing chaos as the journalist lost control of the automobile, with Susanna in a state of shock. 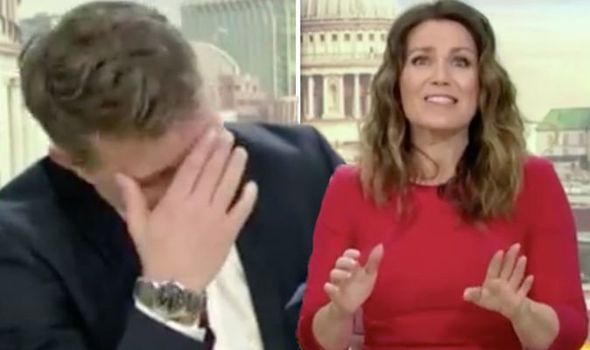 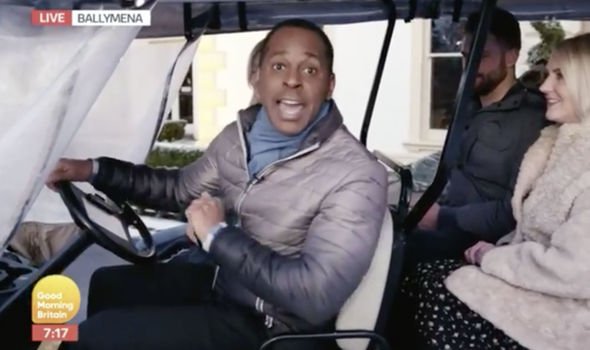 “Look where you’re going,” the host declared as the passenger cart began to move with Andi still looking down the lens of the camera.

As he focussed on the direction he was driving, the vehicle began to sway from left to right, with Susanna speechless to what she was seeing.

“Does he know where the brakes are?” she asked, before going on to exclaim: “Oh my goodness,” whilst cupping her hands around her eyes to look away.

In the distance, the competition presenter could be heard voicing concern as the automobile continued to stay upright. 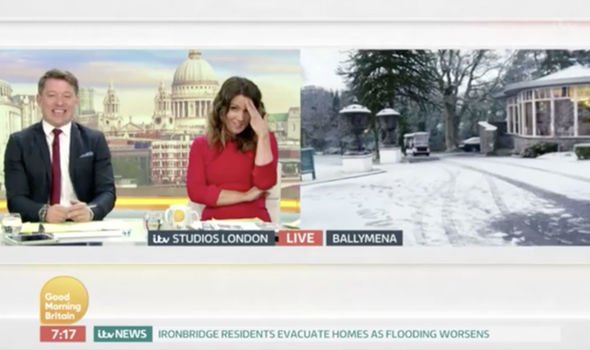 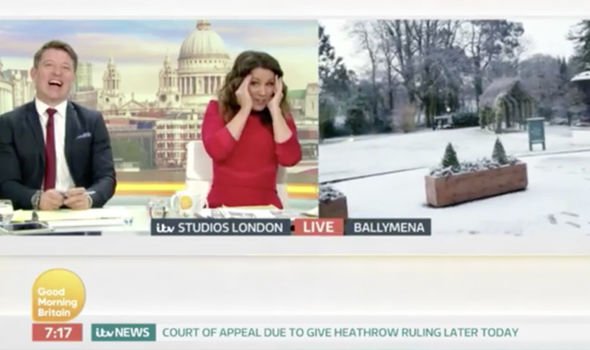 Does he know where the brakes are?

“Help. Send help,” he declared as his colleagues in the studio were still watching and shocked at the chaos unfolding.

“There’s a car coming,” Andi quipped, to which Susanna responded: “We know Andi, we can see it,” with Ben holding his head in his hands.

The host gave a quizzical look to the camera to suggest she was trying to find out if a crash had happened, which it had not.

Taking to Twitter, fans were in hysterics as they watched the presenter’s reaction to their co-star’s segment going array.

One wrote on the social media platform: “Legend is that he is still driving…..saving cats from trees and old people from burning houses.”

Whilst a third commented: “So funny can we plz just have more of Andi driving the cart in the snow Face with tears of joy @GMB #GMB.”

Susanna was reunited with her former co-star Bill Turnbull, 64, earlier this week, who was keeping the seat warm for Piers.

The pair presented BBC Breakfast together from 2001-2014 before Susanna left the programme to move over to Good Morning Britain.

After six years, they were reunited to host the ITV rival show and it was jubilation all around on Monday when they sat at the desk.

Sitting next to her friend, the presenter gave him a heroes welcome after interviewing several times about his health.

It was only a three-day stint however as Piers will be back to present with Susanna on Monday.