With its fast-paced action sequences and unapologetic use of gore and expletives, The Boys rarely stops to offer a tender moment. But in the Sept. 18 episode, the series presented a softer side of Mother’s Milk (Laz Alonso) and gave Outlander fans a huge treat in the process. 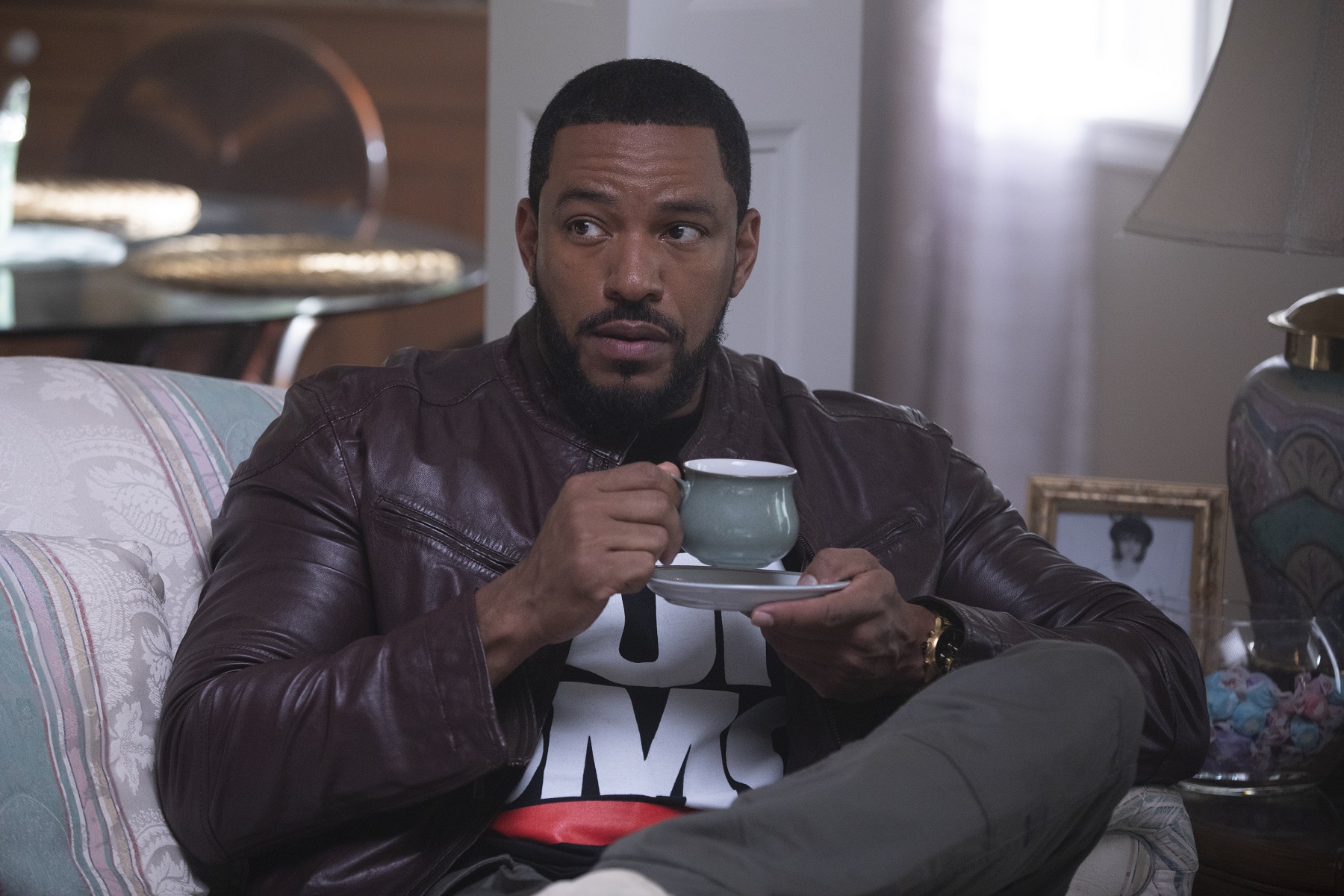 ‘The Boys’ features a scene from ‘Outlander’

In The Boys, Season 2, Episode 5, titled, “We Gotta Go Now,” Hughie (Jack Quaid) and Mother’s Milk, aka MM, are laying low in their bunker basement after being abandoned by Butcher (Karl Urban). Hughie calls Butcher to update him on the Stormfront/Liberty (Aya Cash) situation but realizes he has no plans on coming back.

When Hughie approaches MM to tell him about the call, he finds him watching an episode of Outlander in which Claire (Caitriona Balfe) is asking Jamie (Sam Heughan) to take her back to Lallybroch.

“What are you watching?” Hughie asks.

“A show called ‘Eat My D*ck,’” MM sarcastically replies, as he quickly closes his laptop.

‘The Boys’ and ‘Outlander’ reveal a mutual adoration

Apparently, The Boys has a few Outlander fans in its writing department. Rebecca Sonnenshine, co-writer and co-executive producer of the Amazon series took to Twitter to share her love for the Starz show just as the episode aired. “Mother’s Milk and I both love OUTLANDER,” she tweeted.

Then, late Friday, the Outlander Twitter account addressed The Boys crossover moment. “If The Deep can be in The Seven, there has to be a place for a time-traveling healer,” the tweet read. “Just saying.”

MM is an ex-military man, he’s tough, and he is brave enough to take on the Supes. But if his taste in TV is any indication, the vigilante has a soft emotional side, and The Boys fans were thrilled to see it.

“Mother’s Milk watching Outlander is everything!” one fan shared on Reddit.

“Honestly that seem really cemented my love for MM,” another Redditor wrote. “He’s a bad*ss but sensitive at heart.”

Everyone keeps asking me about the dollhouse MM has been building in the Haitian Kings hideout. 1) Swipe left and see if you recognize any of my guests dropping by for afternoon tea 😝 ☕️ 2) Why did u think MM was building the dollhouse and for who? #bts #behindthescenes. #easteregg #theboys

A few fans wondered if MM was watching the show because he misses his wife. And after pointing out his interest in dollhouses, others speculated this was just him tapping into his feminine side.

“It shows that MM is classy, intelligent, and a romantic at heart,” a Reddit user suggested. “And also doesn’t want you up in his personal shit, so you can eat his d*ck.”

Either way, the nod was a fun surprise for Outlander fans. And it also gave viewers another reason to love MM. New episodes of The Boys air Fridays on Amazon Prime Video.