The Chase contestant Arv, 53 took on The Dark Destroyer after bagging in £6,000 for his cash builder however, many fans weren’t happy when they spotted a question about The Godfather Part II which they believed to be incorrect.

Bradley Walsh asked Arv: “Which member of the Corleone family does not appear in the film The Godfather Part II?”

Arv went for “Sonny” and according to Bradley and Shaun, it was the correct answer.

However, viewers were quick to point out the mistake as they took to Twitter to express that the beloved character was in the movie.

One fan wrote: Sonny IS in The Godfather part II. He appears in a flashback Michael has when he announces he’s joined the army! Incorrect question #thechase or certainly incorrectly worded!” 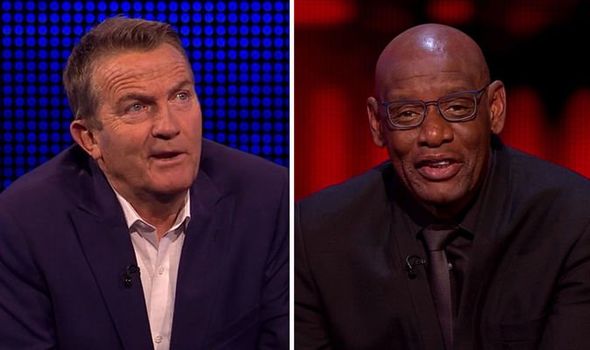 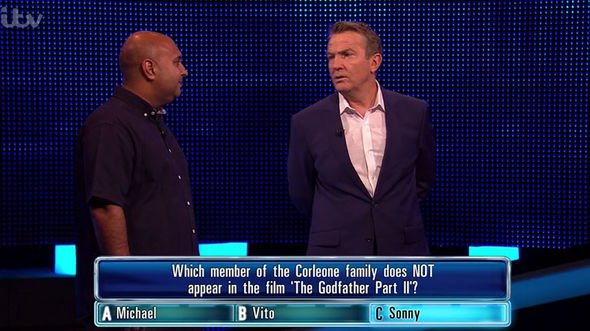 Another added: “Question on #thechase was wrong. Sonny Corleone does appear in The Godfather Part II in the flashback scene at the end.”

A third commented: “Well that answer was wrong. Sonny did appear in Godfather Part II.”

Despite this, Arv did still opt for Sonny as the correct answer. 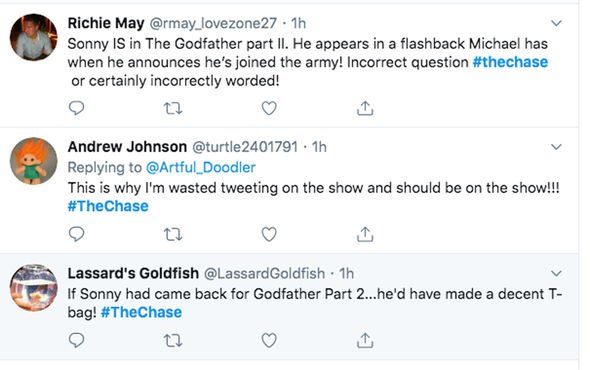 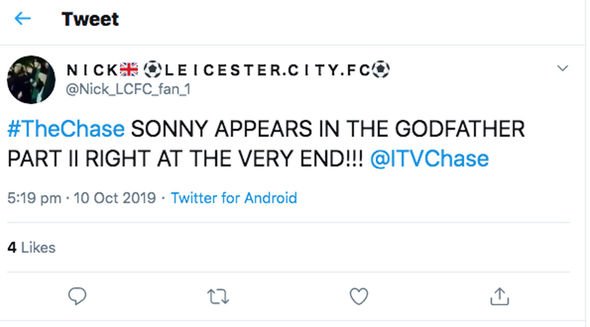 But much to the contestant’s surprise, Shaun also went with Sonny.

Arv was positively relieved when the answer was revealed as correct – but viewers certainly were not.


As a result of the outburst, Shaun was even more pleased that he got the answer right.

“Have you not?” Bradley asked.

Shaun commented: “That was the first film to win the best picture Oscar as a sequel.”

“Right. Ok,” Bradley responded as he swiftly moved on.

Reflecting on the fact Shaun had missed out on a classic movie, one fan of The Chase added: “He has never seen The Godfather????.”

Another added: “Not sure which one is worse when explaining the answers… The Dark Destroyer or The Vixen.”

Yesterday on The Chase, fans were perplexed as a contestant who is fortunate to have several degrees opted for the lower offer.

The Chase returns tomorrow at 5pm on ITV.