Following two thrilling, nostalgia-filled seasons, Cobra Kai didn’t disappoint with its return on Netflix. The Karate Kid series, which picks up with Daniel LaRusso (Ralph Macchio) and Johnny Lawrence (William Zabka) as adults teaching karate to a whole new generation of teenagers, as well as their own kids, was packed with plenty of fighting, long-awaited reunions, some unexpected twists and a major cliffhanger.

The cast — Zabka, Macchio, Mary Mouser, Peyton List, Jacob Bertrand, and Xolo Maridueña — opened up to ET about how season 3 ends and what’s in store for the series, especially Daniel and Johnny. Warning: be prepared to be hit with tons of spoilers.

Following the return of Rob Garrison as Tommy and Martin Kove as the villainous John Kreese in the first two seasons, Cobra Kai brought back even more familiar faces. This season, audiences got to reunite with Elisabeth Shue as Ali Mills, from the first film, as well as Tamlyn Tomita as Kumiko and Yuji Okumoto as Chozen Toguchi, from the sequel.

“There’s a scene I have with Tamlyn, who plays Kumiko, where I say, ‘God, it’s been 30 years. It feels like five minutes.’ And that is the truth,” Macchio says. “That was an honest piece of dialogue. There’s a spirit among us, and everyone has supported it.”

While the return of Kumiko and Chozen brought closure for Daniel, Ali’s visit to the Valley reopened some old wounds for both him and Johnny. “We have a reunion of three characters that have become iconic over the last thirty-something years,” Zabka says, joking that “it’s the Bermuda Triangle that will never cease.”

Although Ali’s return is brief, coming at the end of season 3, it doesn’t feel like it’s the last audiences will see of her. But Zabka refuses to spill. “You’ll have to see; you’ll have to tune in to Netflix when that time comes,” he teases. “That’s down the road.” (Read more about those reunions here.)

But given that Johnny has also finally realized how he feels about Miguel Diaz’s (Xolo Maridueña) mother, Carmen Diaz (Vanessa Rubio), it would create another love triangle for him to deal with, especially as he tries to rebuild his relationship with his former mentee.

“Miguel’s mom is going to be another big hurdle between the two of them, being that she loves Johnny and she really has a lot of care for him,” Maridueña says. “But as a fan of the show and as someone who loves Johnny, I want nothing more than for him and Miguel to be together again.”

Meanwhile, after temporarily reconciling at the beginning of season 3, Daniel and Johnny found themselves at odds again over how to handle the feuding dojos and Kreese’s manipulation of the students — not to mention reverting back to competitive teenagers over the return of Ali. 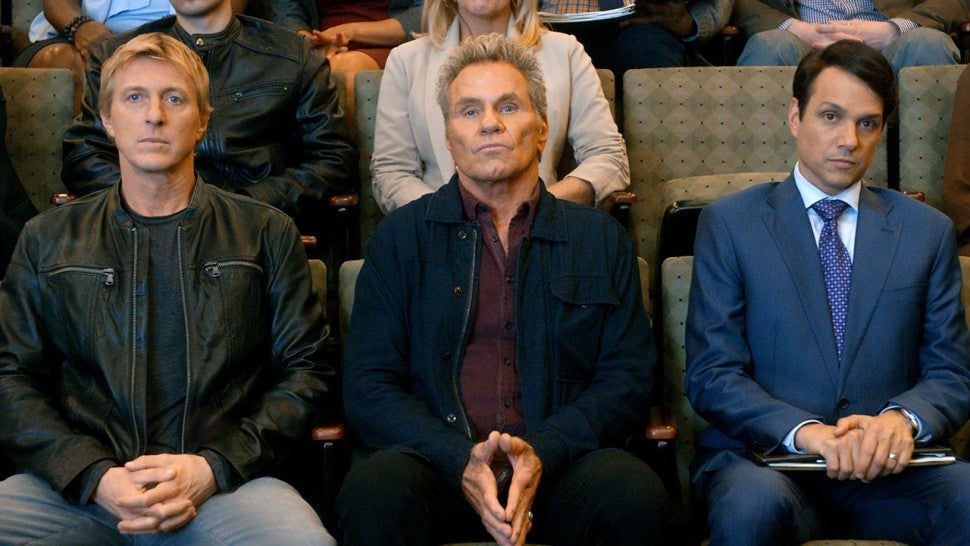 The season ends with an epic three-way brawl between the aging sensei, before Kreese comes up with a plan to settle their dispute permanently: a tournament. In the end, Daniel and Johnny find that the only way to take down their sworn enemy is to come together once and for all — and combine their dojos.

“The idea of them coming together is awesome,” says Bertrand. His character, Hawk, finally defects from Cobra Kai and ends up joining the combined dojo. “I don’t know in practice how successful they’re gonna be, because they’ve very much been at odds with each other, you know, for the last thirty-something years! So, it would definitely be interesting to see if/when that happens.”

Meanwhile, Maridueña says, “We’ve seen time and time again how similar Johnny and Daniel are. But at the same time, just how it feels like oil and water. The two don’t really mix well together.”

However, he adds, “I will say that I think they have a lot that they can learn from each other. Johnny has a lot of great life lessons and Daniel has the same, and as long as I think they keep their distance, they can work together. But I think once one of them steps over that line, it’s gonna be back to square one just like we’ve seen in season 1 and season 2.” 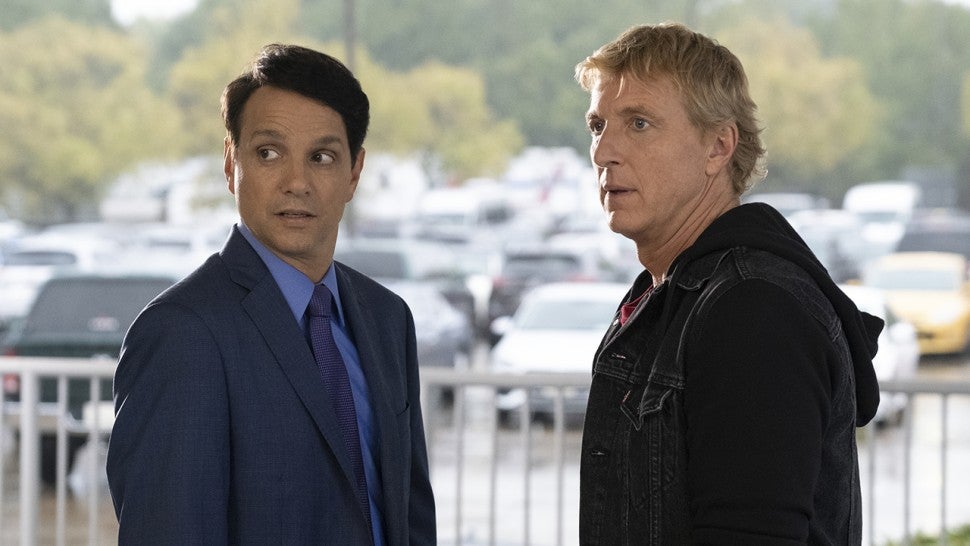 In October 2020, Cobra Kai was renewed for season 4, which Maridueña says they’re about to start filming. So luckily fans won’t be left wondering for too long what happens to the shaky alliance — and who will come out on top in the highly anticipated showdown between Daniel, Johnny and Kreese.

Upon hearing the news, List, who plays Tory Nichols, remembers bawling. “They wanted us to Zoom. Like, all the writers got everyone together, all the actors and everyone, to Zoom,” she recalls. “Then afterwards, I was just sitting in my kitchen and I screamed because I was so excited.”