Little wonder show creator Peter Morgan has been boasting how he’s found the perfect person in Emma to play the People’s Princess. He said: “As well as having the innocence and beauty of a young Diana, she also has, in abundance, the range and complexity to portray an extraordinary woman who went from anonymous teenager to becoming the most iconic woman of her generation.” It is thought the fourth season of The Crown, due on Netflix later this year, will centre around Diana and her difficult marriage to Prince Charles. 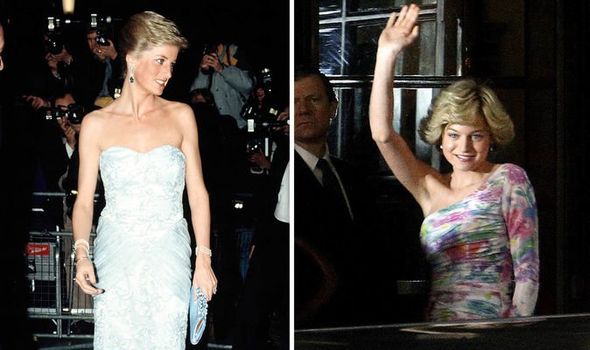 Emma was filmed waving in a scene set at the Barnardo’s Champion Children Awards at London’s Savoy Hotel. She and Charles actor Josh O’Connor, 29, have also been spotted shooting in clothes the real royals wore for their 1983 Australian tour.

The new series is expected to span the pair’s wedding in 1981 through to their separation in 1992. The 1986 nuptials of Prince Andrew and Sarah Ferguson are likely to feature.

Viewers will be reunited with Claire Foy too, after she played the Queen in series one and two. The actress, 35, who won a Golden Globe for her portrayal, will give a speech in
a flashback scene from her 21st birthday.

Olivia Colman, 45, who also won awards as the Queen in series three, returns as the monarch as she contends with a new PM – Margaret Thatcher.