Iris and Nora have had a rocky relationship in The Flash. But, thankfully, their troubles are seemingly behind them as the Arrowverse series heads into its eighth season. And in an emotional deleted scene that was recently released, it’s clear that Iris and Nora’s bond is stronger than ever. One has to wonder why The Flash Season 7 would cut this scene from the finale. Nevertheless, fans still get to witness the touching moment thanks to The Flash: The Complete Seventh Season, which releases on Blu-ray and DVD on Oct. 12. 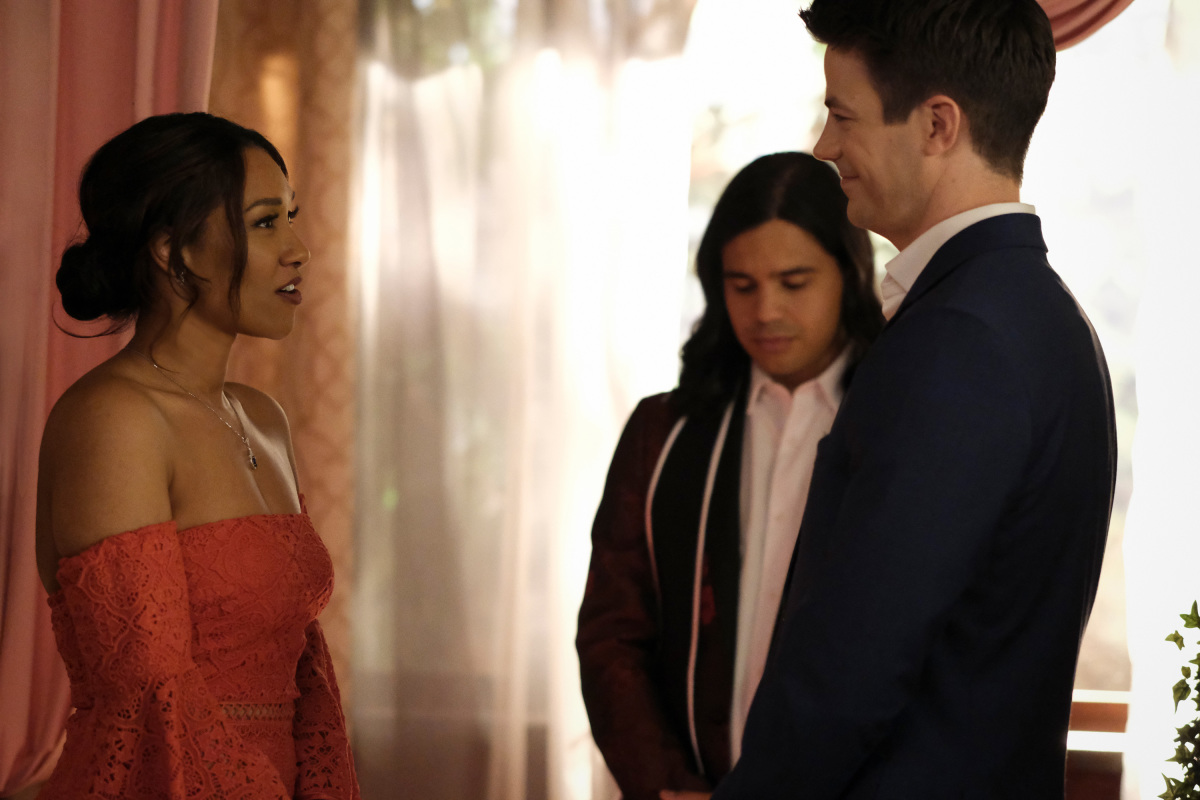 The Flash Season 7 finale mainly focused on Team Flash ending the Godspeed War with the help of Barry and Iris’ kids from the future, Nora and Bart, and Jay Garrick. Plus, Cisco returned to aid the team in their fight. In the end, Barry and Iris took a risk by calling on Reverse Flash to help them defeat Godspeed. Barry and Thawne worked together to take down the powerful speedster. Of course, afterward, Thawne tried to kill Barry, but Barry was faster than him. Thawne then promised his arch-nemesis that he would get stronger and return for him.

In the lighter and stronger part of the hour, Barry and Iris decided to renew their vows since they never had a proper wedding. It was a beautiful and emotional ceremony that would defrost anyone’s cold heart. Their closest friends and family joined Barry and Iris, and Cisco officiated the ceremony. Bart, played by the multi-talented Jordan Fisher, even sang for his parents.

The vow renewal is where The Flash Season 7 ended, so there were no cliffhangers to set up season 8.

TVLine recently released a deleted scene from The Flash Season 7 Episode 18. In the video, Nora visits her mom before Barry and Iris renew their vows. Most of the scene focuses on Nora giving Iris a gift for the ceremony. But, at the very beginning of the video, Iris’ eyes flash green, indicating that she is still fighting her time sickness. The Flash‘s showrunner promised that season 8 would continue Iris’ storyline.

In the deleted scene, Nora gives her mom a beautiful blue necklace. She tells Iris that she gave it to her on her sixteenth birthday in the future. So, in essence, the necklace is Iris’ something old, something new, something borrowed, and something blue. Nora then helps Iris put on the necklace. Iris expresses her nerves to her daughter, who gives her some advice. Nora says in the video, “Oh, don’t worry, Mom. The ceremony’s going to be b****in’.”

You can watch the deleted scene from The Flash Season 7 in all of its glory on TVLine’s website.

Will Nora return for season 8?

Eric Wallace, the showrunner of The Flash, confirmed that Nora and Bart, played by Jessica Parker Kennedy and Jordan Fisher, would return for season 8. But, of course, Wallace would not give up any more details regarding their involvement in the season.

The last fans saw Nora and Bart, they were attending their parents’ vow renewal in The Flash Season 7 Episode 18. As mentioned before, Bart sang a song for Barry and Iris at the ceremony. And Nora was by her mother’s side for the vow renewal. The fact that the audience never saw the siblings return to the future bodes well for their involvement in season 8. And since they are assumingly still in Central City at the beginning of the new season, fans might see Nora and Bart help Team Flash in “Armageddon.”