The Last Kingdom is an Anglo-Saxon series on Netflix and it follows the plight of Uhtred of Bebbanburg (played by Alexander Dreymon) as he attempts to win back his homeland. In the series, Uhtred’s loyalty is torn between the Danes and the Saxons, and he becomes the enemy of the Danes after helping King Alfred the Great (David Dawson). One of the Danes who falls out with Uhtred is Cnut (Magnus Bruun), and fans are keen to find out more about when he died in the series.

When did Cnut die in The Last Kingdom?

Cnut was one of the main antagonists in The Last Kingdom series and he also featured in The Saxon Stories by Bernard Cornwell – the books which inspired the show.

His character was first introduced in season three, and the Danish warlord was known as the cousin of Ragnar (Tobias Santelmann) and Thyra (Julia Bache-Wiig), who were Uhtred’s foster-cousins.

Like Brida, Cnut struggled to understand Uhtred’s bond with King Alfred and the Saxons, and as a result they had a turbulent relationship, with Cnut referring to Uhtred as the ‘Dane Slayer’.

He had once joined forces with Ragnar in a bid to take down King Alfred by killing his daughter Aethelflaed (Millie Brady), but Uhtred managed to intercept and save Aethelflaed in time.

Cnut had developed an obsession with Uhtred’s friend Brida (Emily Cox) and he became jealous of Ragnar, who had been her partner at the time. 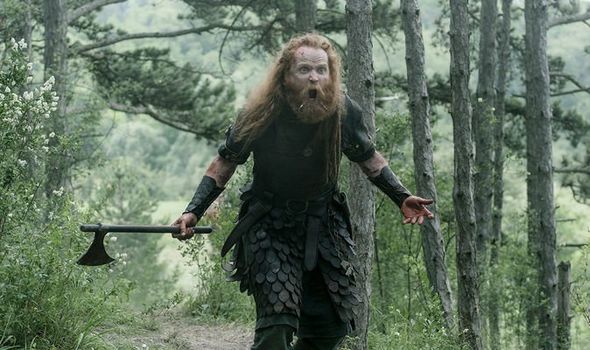 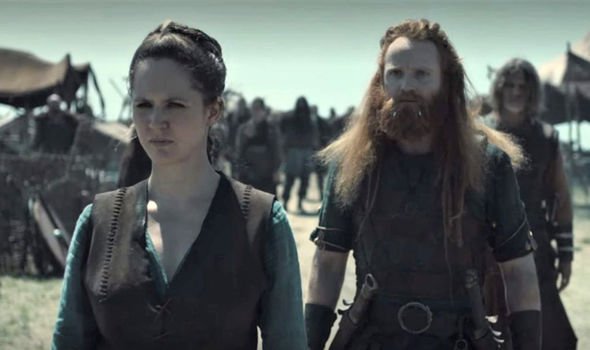 Wanting to get Ragnar out of the way, Cnut had told Aethelwold (Harry McEntire) Ragnar had intended to kill him, and that he should get to Cnut first.

So, while Ragnar was sleeping, Aethelwold stabbed and killed him. Cnut acted as if he had nothing to do with the plan, but Uhtred later found out the truth about his schemes.

In season four he revealed to Brida how Cnut, who was by then her lover, had initiated the plan to kill Ragnar, and Cnut ended up getting his comeuppance in the fourth episode of season four.

His death is different to the real-life chain of events, which actually saw Cnut kill Uhtred during an ambush.

Fans had come to hate Cnut’s character after he lied to his lover Brida, and they were glad to see him pay for his deceit in season four. 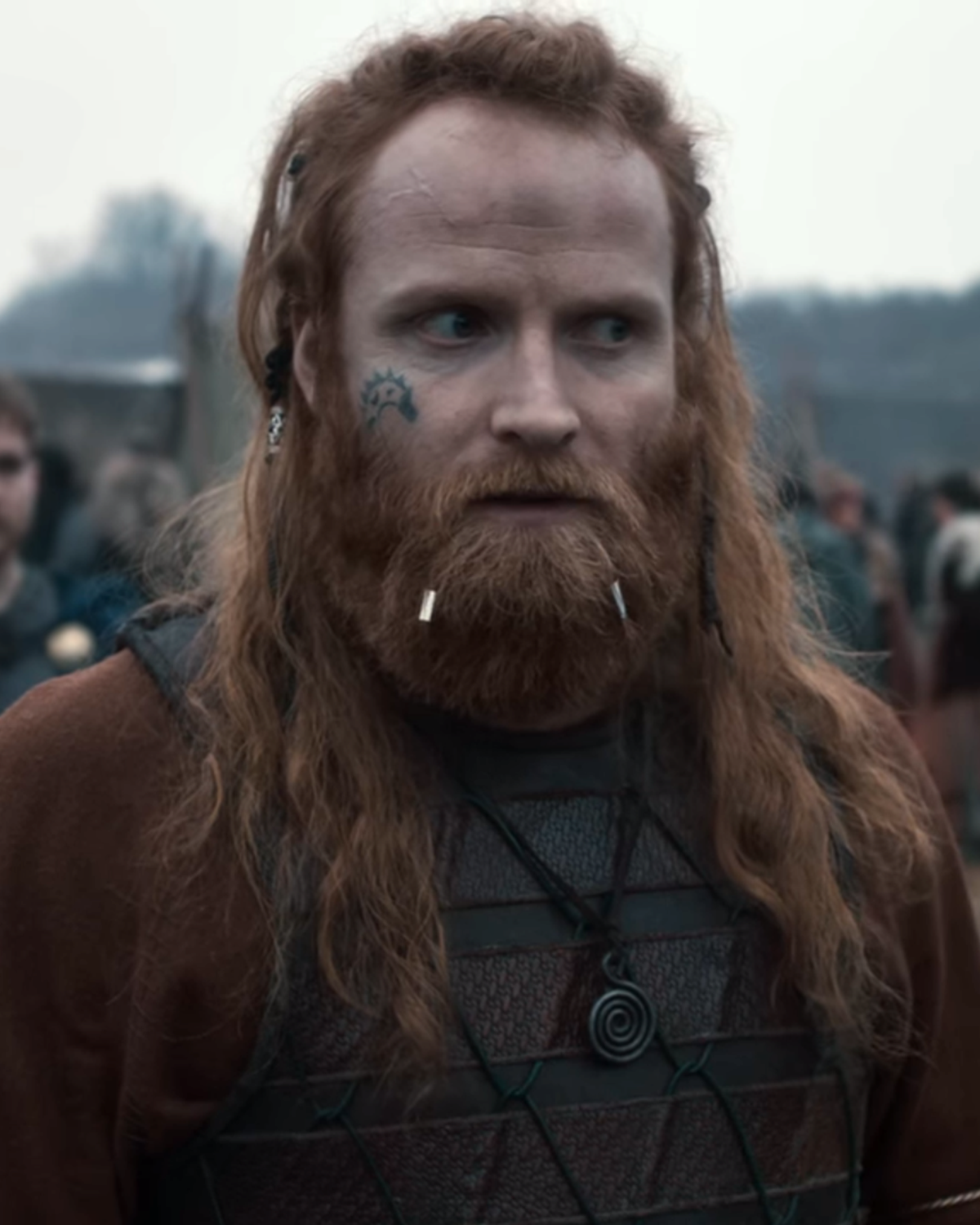 Who killed Cnut in The Last Kingdom?

In the end, it was Brida who killed her own partner, as she was overcome with grief and anger when she found out about his involvement in killing Ragnar.

While some fans thought Uhtred would be the one to kill him, Brida was adamant she wanted to be the one to drive the sword through him.

Cnut’s death came amid the Battle at Tettenhall, when Edward (Timothy Innes) had made a last-minute decision to join his sister Aethelflaed and the Welsh in a fight against Cnut’s army.

Cnut had disappeared from the battlefield but Uhtred managed to follow him into the woods, and a one-on-one brawl ensued.

Cnut came close to killing Uhtred a number of times, demanding Uhtred tell him the reason why he had killed one of his firstborn children. Uhtred said it was fair revenge for Ragnar, and at that moment, Brida joined the pair in the woods. 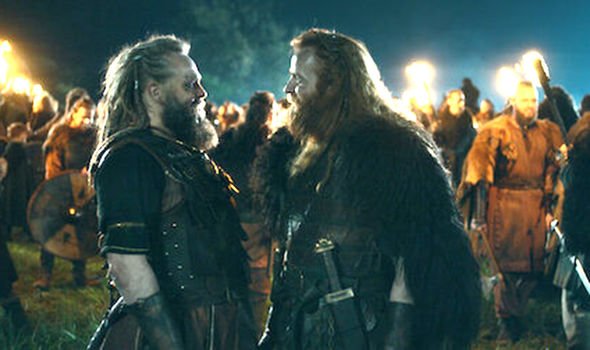 Brida heard Cnut say: “Ragnar was weak, and I needed him to die. But my son…my son was innocent.” As Brida found out the truth, she refused to help Cnut as Uhtred strangled him.

Instead, she picked up a sword and asked Cnut if he really was the one who sent Aethelwold to kill Ragnar. Cnut replied: “Because we are destined to be together. You know this.”

Brida then yelled angrily before driving the sword through Cnut’s chest. As he was dying, Uhtred revealed his sons were actually still alive, and they had used a decoy to trick Cnut into thinking his sons were dead.

Uhtred said: “You will not live to see them grow old.” He then told Brida she should never have trusted Cnut, and Cnut was left to die.

Fans have mixed opinions about his death, with some saying it seemed weak and played down, as he was such a pivotal character.

Actor Bruun said of his character: “He was crawling his way up and ended up being one of three leaders of the Danes. Cnut is a very ambitious guy, he has a plan and he’s playing the long game.

“He’s not just fighting all the time – he would rather make other people do that and reap the benefits.”

He said he did not see Cnut as the villain, but rather as an ambitious character who knew what he wanted.

He said fans were drawn to The Last Kingdom because of the characters that people love to hate, saying: “You have your hero character which is Uhtred but you also have people on both sides that you like. You have people that you hate but like to follow and I think because this show follows the timeline of what actually happened in history, that makes it more interesting.

“I have friends who are teachers in Denmark that use this show in their teaching because it shows things that really happened with the right names of the characters. I think that’s great!”

The Last Kingdom is on Netflix now