After two seasons, The Marvelous Mrs. Maisel is beloved by viewers all over the world. After Season 2 won at the 2019 Golden Globes and SAGs—and is up for seven awards at tonight’s Emmys—the show is returning for a third season on December 6.

Set in New York City in the 1950s, the series follows housewife Midge (Rachel Brosnahan) as she discovers and hones her talent for stand-up comedy. From career highs and lows to relationship drama and dreamy ’50s outfits and decor, The Marvelous Mrs. Maisel truly has something for everyone.

Here’s everything we know about Season 3 of the Amazon hit so far.

1) It was renewed for Season 3 before Season 2 even aired.

The Marvelous Mrs. Maisel was renewed for a third season by Amazon Studios after only one season aired. Variety announced the news in May 2018, revealing that a third season of the hit show would probably have 10 episodes, following Amazon’s original two-season commitment for an eight-episode first season and a 10-episode second.

Amazon has finally given fans a glimpse at what’s coming in Season 3 of The Marvelous Mrs. Maisel, and the teaser trailer does not disappoint. From Midge embarking upon a tour with Shy Baldwin (Leroy McClain) to seemingly getting on incredibly well with ex-husband Joel (Michael Zegen), it looks like Mrs. Maisel’s life is about to undergo major changes. Watch the video in full above. 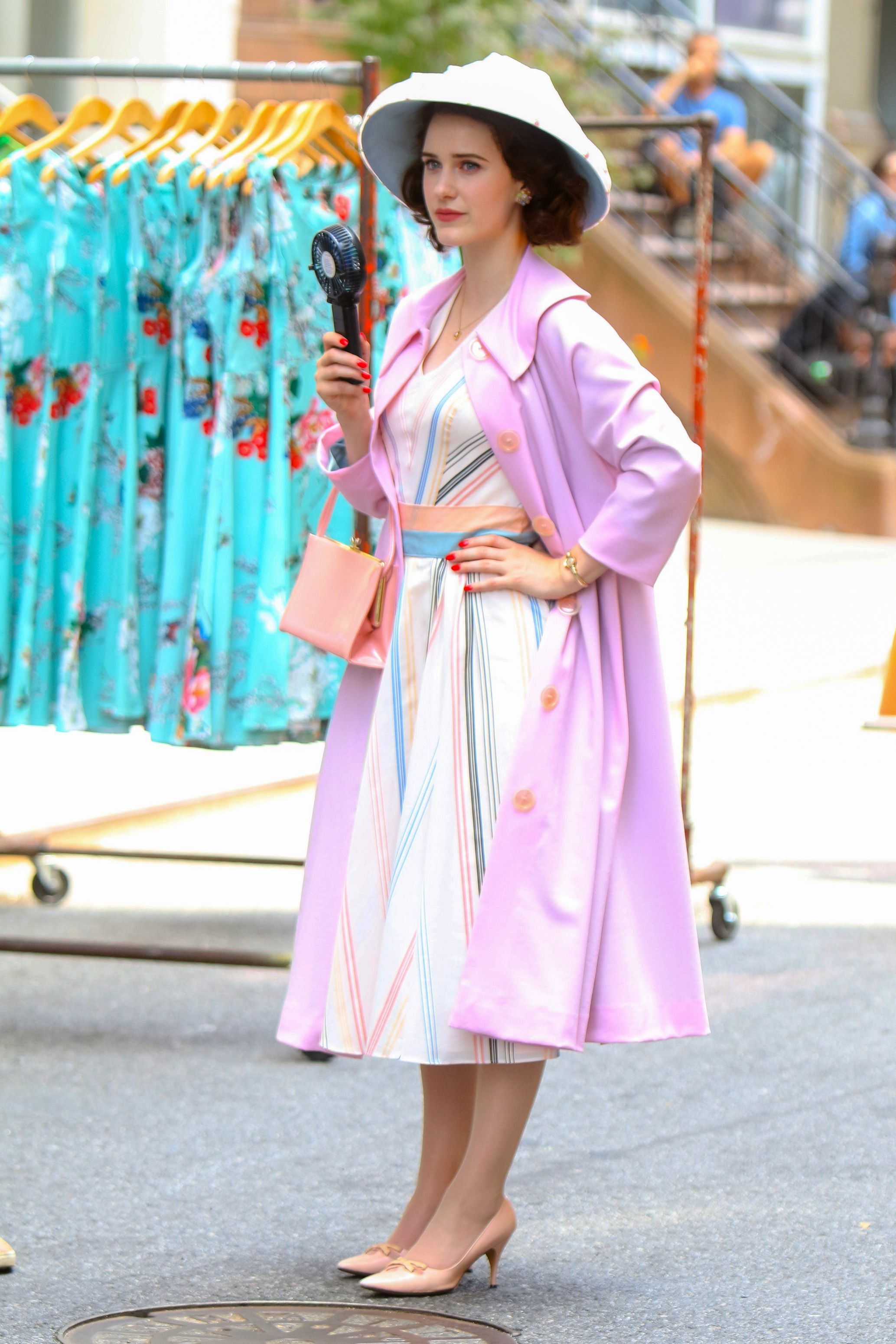 The up-and-coming comic appears to be spending a lot of time with her ex-husband in the new season. 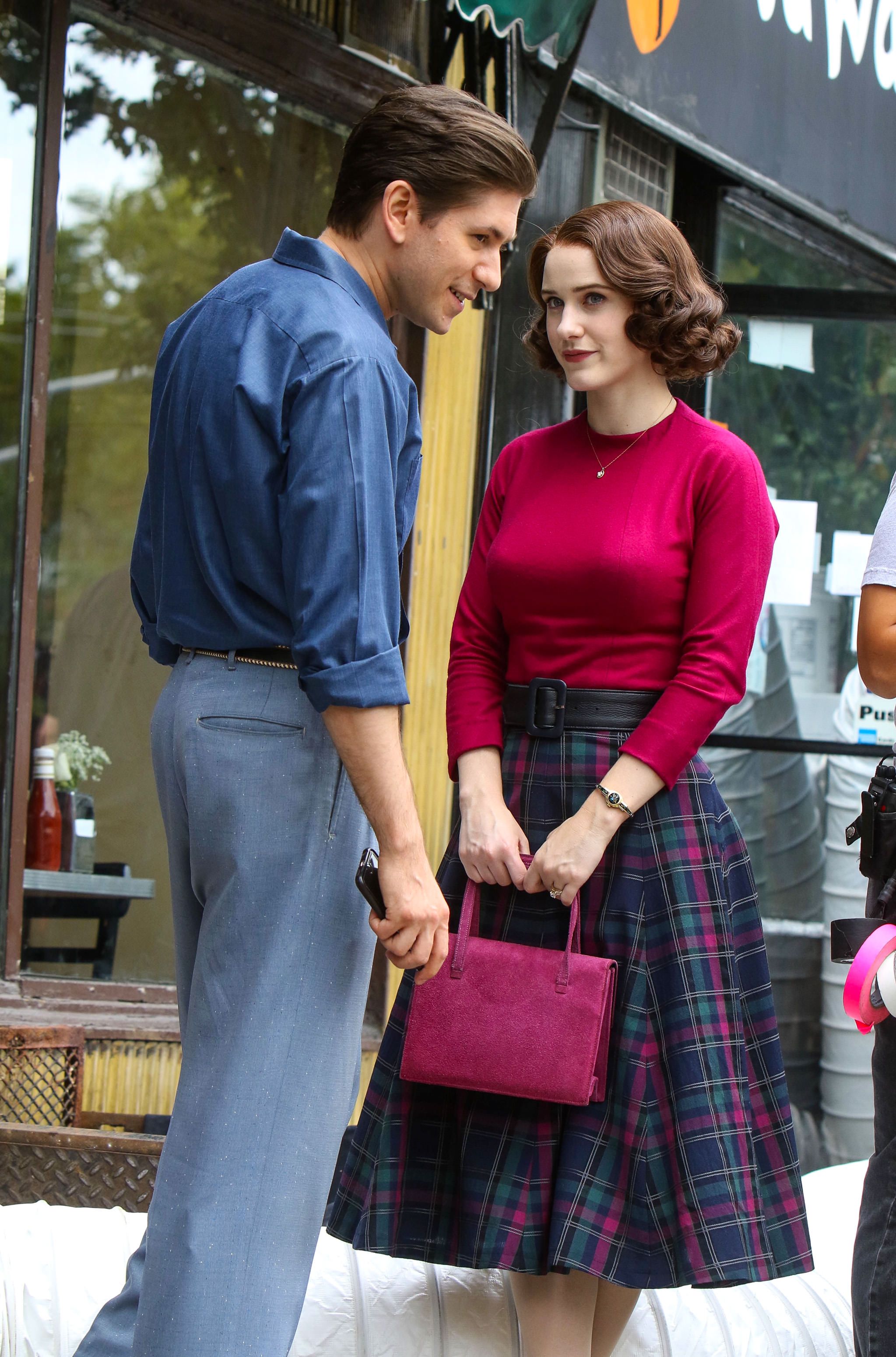 And Joel Maisel was even captured standing with a baby stroller at one point; although, it could belong to one of the other characters. 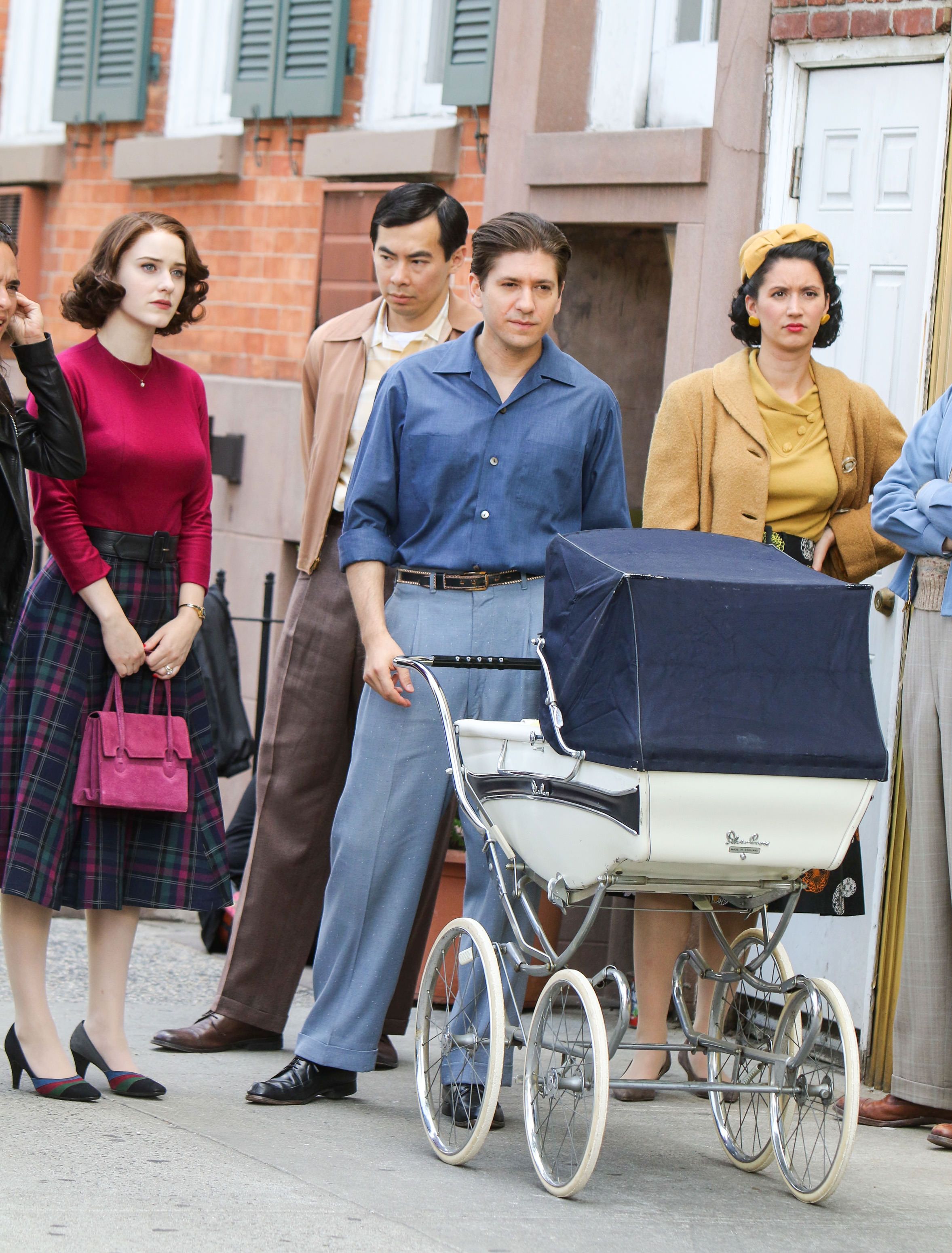 Thanks to the show’s official Instagram account, we know that Midge heads to Miami in Season 3. In a wonderful photo shared in August, Midge can be seen relaxing on a sun lounger next to Susie.

Pack your swimsuits because #MrsMaisel is heading to Miami! 👙 Here’s a sneak peek at Season 3 from @people.

Fans will be relieved that Season 3 probably won’t be the last we’ll see of Midge and co. The charismatic creator of Gilmore Girls, Amy Sherman-Palladino, told The Hollywood Reporter way back in November 2017, “I think we know what our trajectory is for the first four to five seasons. And then I just want to see if I’m still breathing at that point.” While Sherman-Palladino is the show’s sole creator, she still works closely with husband and Gilmore Girls co-creator Daniel Palladino, who produces, directs, and writes The Marvelous Mrs. Maisel alongside his wife.

5) Season 3 will continue to follow Midge’s career success and her personal trials and tribulations.

Of future seasons, Sherman-Palladino told The Hollywood Reporter, “Her personal journey is really what the show is about and so it’s not really a spoiler to say, ‘Oh, by the way she’s going to be famous or she’s going to be successful.’ This show is really about how her shifting dynamic affects her family, her husband. It’s really about all of those personal dynamics.”

It’s worth noting that at the end of Season 2, lead character Midge, played by the inimitable Rachel Brosnahan, accepted an incredible job offer. Sherman-Palladino confirmed to Glamour that Season 3 would be following Midge’s tour with singer Shy Baldwin, revealing, “It’s inevitable that we’re going to go on the road. Her life is going to end up being everywhere. It’s a show about a woman out in the world, and now that she’s a comic, comics go on the road.”

Sherman-Palladino also confirmed to The Hollywood Reporter that viewers will see Midge on tour: “I want to see those two girls stay some nights in shitty hotels and playing some dumpy clubs.”

In Season 3, she also has a lot of important decisions to make about her personal life, including dealing with that romantic proposal from Benjamin (Zachary Levi).

6) Several of your favorite characters will be back.

Obviously, there is no show without Mrs. Maisel. And seeing as Brosnahan has been taking home a slew of awards for her performance, it’s likely that we’ll see her in the role for years to come.

Fresh off her iconic braless Emmy win, Alex Borstein will be back as Midge’s manager, Susie Myerson. Sherman-Palladino explained that Midge and Susie’s relationship will be getting more complicated in Season 3 as they deal with success. The creator teased (via Glamour), “That’s very different than just ‘We’re dreaming [of success].’ When it’s real, it’s different.”

She also told the publication that Midge’s rival, Sophie Lennon, played by the wonderful Jane Lynch, is likely to be back for Season 3, having asked Susie to be her new manager at the end of Season 2. We live for that stand-up rivalry, and Lynch actually won Outstanding Guest Actress in a Comedy Series at the 2019 Creative Arts Emmys.

According to Bustle, Brosnahan raved about Brown’s work in an interview with Entertainment Tonight, and then approached him on the red carpet at the SAG Awards about the collaboration. Speaking to ET‘s reporter, Brosnahan exclaimed, “I would give anything to have this one on The Marvelous Mrs. Maisel.“ Luckily, the feeling was mutual, and Brown told Maisel‘s star, “I’m in. Deal,” and then they shook on it.

Deadline confirmed the casting in April and revealed that Brown had been booked for a three-episode arc in Season 3. Dreams really do come true.

8) Joel Maisel will pursue his own dreams.

It’s unclear right now whether Zachary Levi will be back for Season 3. At the end of Season 2, his character, Benjamin, proposed to Midge, even though she’s still technically married. Meanwhile, Midge spent the night with her estranged husband, and Zegen has some thoughts about how their relationship might play out.

Speaking to Town & Country, Zegen said of his character, “He’s not going anywhere. They have two kids together.” The actor also hinted that one of Joel’s dreams might finally come true: “You know, he talks about starting a club. I think that could be really cool, and something that he would be really good at. He kind of rescues his father’s company, and I think that he has good business instincts. So in that respect I think this could be really good for him and something that he could really thrive in, because clearly the stage was not for him, but perhaps behind-the-scenes stuff will be.”

9) Zachary Levi would love to come back.

As Midge hooked up with her estranged husband in Season 2’s finale, Zachary Levi isn’t sure if his character, Benjamin, will be back for Season 3. Benjamin, of course, proposed to Midge, meaning that their relationship might be over, for now. But given the opportunity, Levi told The Wrap that he would come back in a heartbeat: “I would be delighted if I got to go back and reprise my role of Benjamin on the show to wrap it up or keep it going or, you know, have a spot here and then a season later come back again, you know, in the same way that other great guest stars on other shows kind of keep circling back into people’s lives.”

10) We’ll find out more about Susie and her mysterious life.

Glamour got the scoop on Susie’s Season 3 story arc, with Sherman-Palladino confirming, “We’ll be touching on it a little bit, but part of the fun of Susie is the mystery of Susie.”

Dan Palladino was quick to add that even they didn’t know all of Susie’s history yet. “There’s a long gap in Susie’s story from the time she was maybe living with her family to when she met Midge,” he told the site. “Something shut her down, either a love life or career or people making fun of her. Eventually you will find out about what was going on during those years.”

Actor Tony Shalhoub explained to Glamour that Abe and Rose will have to deal with the fallout of his decision to leave his tenured position at Columbia University. He said, “I’m hoping that Abe will become more of an activist, more political, and he’ll give up on having all of his creature comforts that he’s had for so many years. I’m hoping Abe and Rose’s horizons really expand, because we’re going into a cultural shift from the ’50s into the ’60s.”

Further, Shalhoub told The Wrap, “Everything is in a state of upheaval now. Even Susie’s life takes a little bit of twist to that, and Joel’s path veers off in another direction. So the impact of her choices—there’s that ripple effect, and we’re all kind of heading into uncharted territory.”

In June, Page Six reported that Prince Albert’s daughter, Jazmin Grace Grimaldi, will join the series. According to Town & Country, the actress apparently shared a photo of herself in costume on the set of The Marvelous Mrs. Maisel before swiftly deleting it. For now, at least, the details of her character are still under wraps.