Reese Witherspoon and Jennifer Aniston, once the Green sisters on Friends, joined forces as coanchors and executive producers on Apple TV+’s The Morning Show last fall, giving rise to a new streaming hit with major star power. Costarring Steve Carell, Billy Crudup, and Gugu Mbatha-Raw, the newsroom drama follows the aftermath of one popular anchor’s (Carell) firing after he was accused of sexual misconduct. His spot is filled by a younger reporter with a fresh perspective (Witherspoon), and his former coanchor (Aniston) is adjusting to the changes while fighting to stay relevant in an industry where the men in charge believe her time is running out.

Apple had so much faith in The Morning Show that it picked up two seasons right from the start, according to IndieWire. Sure enough, the series went on to receive Golden Globe and Screen Actors Guild nominations, even securing a SAG win for Aniston as lead actress. This year, the second installment of the series is due, but with delays and postponements brought on by a global pandemic, things may be subject to change, as they are across the whole industry.

Season 2 is supposed to premiere in November.

That’s what showrunner Kerry Ehrin said while speaking to Variety last year. At the time, the creative team had already put together three episodes for Season 2. “We’re writing the show now; we’ll film it this summer; and we’ll be on next November,” she told the outlet. But no exact premiere date was made public.

The first season of The Morning Show arrived on November 1, the same date Apple TV+ launched. It would be fair to assume the follow-up would arrive around the same time this year, but with coronavirus hiatuses, it’s hard to tell. 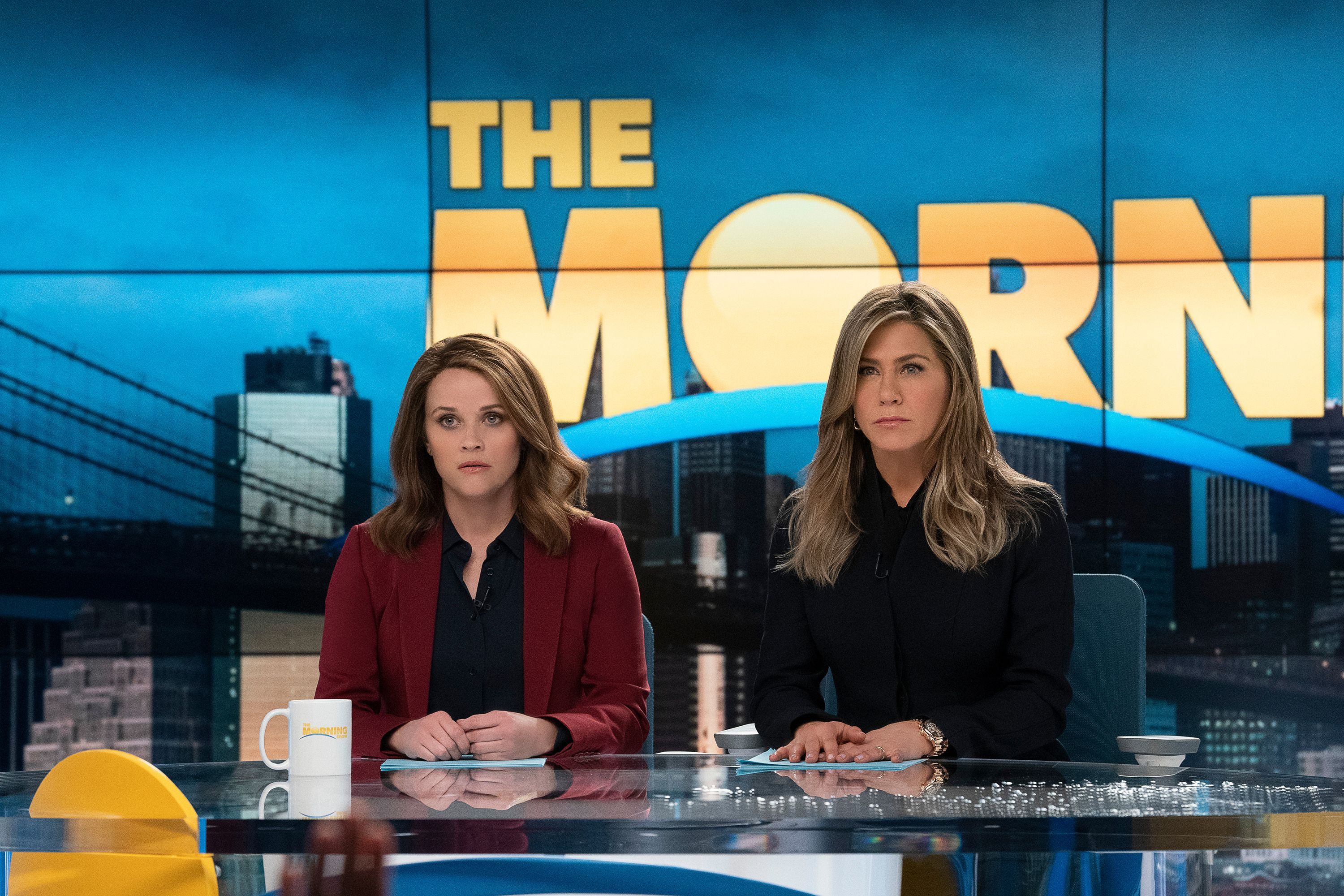 And it’s unclear when it will pick back up, according to IndieWire. Witherspoon said the team was “four weeks in” on production when the shutdown happened. “So we are going to get back as soon as people are going to let us back to work,” she told Regina King in Variety‘s Actors on Actors series.

Though Carell was signed on a one-year contract, according to Deadline, Ehrin expressed hopes to bring the actor back in the second season, though it’s unclear in what capacity. “You’ll see about Mitch [Kessler, Carell’s character]. We’re exploring it. There’s no update yet,” executive producer Michael Ellenberg said in January.

The Season 2 storyline may introduce a “new world order.”

Discussing where the Morning Show story could go next, Witherspoon teased the world of possibilities that lie ahead after that bombshell Season 1 finale. “I feel like at the end of this ten episodes, there’s a whole new world order. It’s chaos,” she said in January at the TCA press tour. “No one knows who is in charge and what leadership means at this point. I think that’s what we’re exploring in the culture right now as it goes topsy turvy, what is the new normal? I’m excited that we’ve got a lot more to explore.”

In a similar vein, Ehrin told The Hollywood Reporter that the upcoming season is “a lot about transition.” She hinted that the show, much like workplaces that make changes following a sexual misconduct case, might still experience “a lot of the same shit.” She added, “So it’s really just examining the transition period more but with the same themes of: What is real? And people having this desire to have control over their own lives, which they perceive as being through power.”

The season is being rewritten to include the pandemic.

Mark Duplass told Deadline, “We shot two episodes before we shut down due to the pandemic, but I know that they’re also rewriting, which is crazy because that’s what happened in the first season. They had a whole set of scripts [then] and they rewrote everything to include the #MeToo movement, and now we’ve got other, larger, global phenomenon to deal with. I don’t know what they’re doing but I know they’re rewriting.”

Morning Show director Mimi Leder confirmed the change while speaking to GoldDerby: “We’re a morning show that deals with the ills of the world, racism, injustice, and all that morning show light stuff. And then you incorporate COVID, just like the morning shows did.”

She also told Deadline later on that “the writing will reflect the world we’re living in.”