The Voice is back at the top of Monday primetime just a week after losing its streak to Dancing With The Stars and 9-1-1. Monday’s episode, which saw Ed Sheeran perform Mega Mentor duties, earned a 0.9 rating in the 18-49 demo and 6.91 million viewers. The latest episode was up two tenths in demo rating and approximately 11% in viewers from the previous.

When it comes to The Voice’s return to the top, it’s worth noting that the usual suspects of Monday primetime were somewhat out of sorts. NCIS on CBS, which has consistently topped Monday viewers in the past weeks, showed a repeat episode. Meanwhile, Fox saw a bit of a programming reshuffle as The Masked Singer (0.4, 2.15M) filled 9-1-1′s normal place in the 9 p.m. hour.

Dancing with the Stars was the second-highest-rated program of the night and drew in 4.55 million viewers, down from last week. The episode, filled with horror film-inspired contemporary and lyrical pieces, bid farewell to Kenya Moore and Brandon Armstrong.

When it comes to new series, The Big Leap (0.2, 1.04M) dropped from the previous week and saw its smallest viewership yet since its debut late last month. Ordinary Joe (0.4, 2.79M) stayed steady in demo rating and rose slightly in viewership. 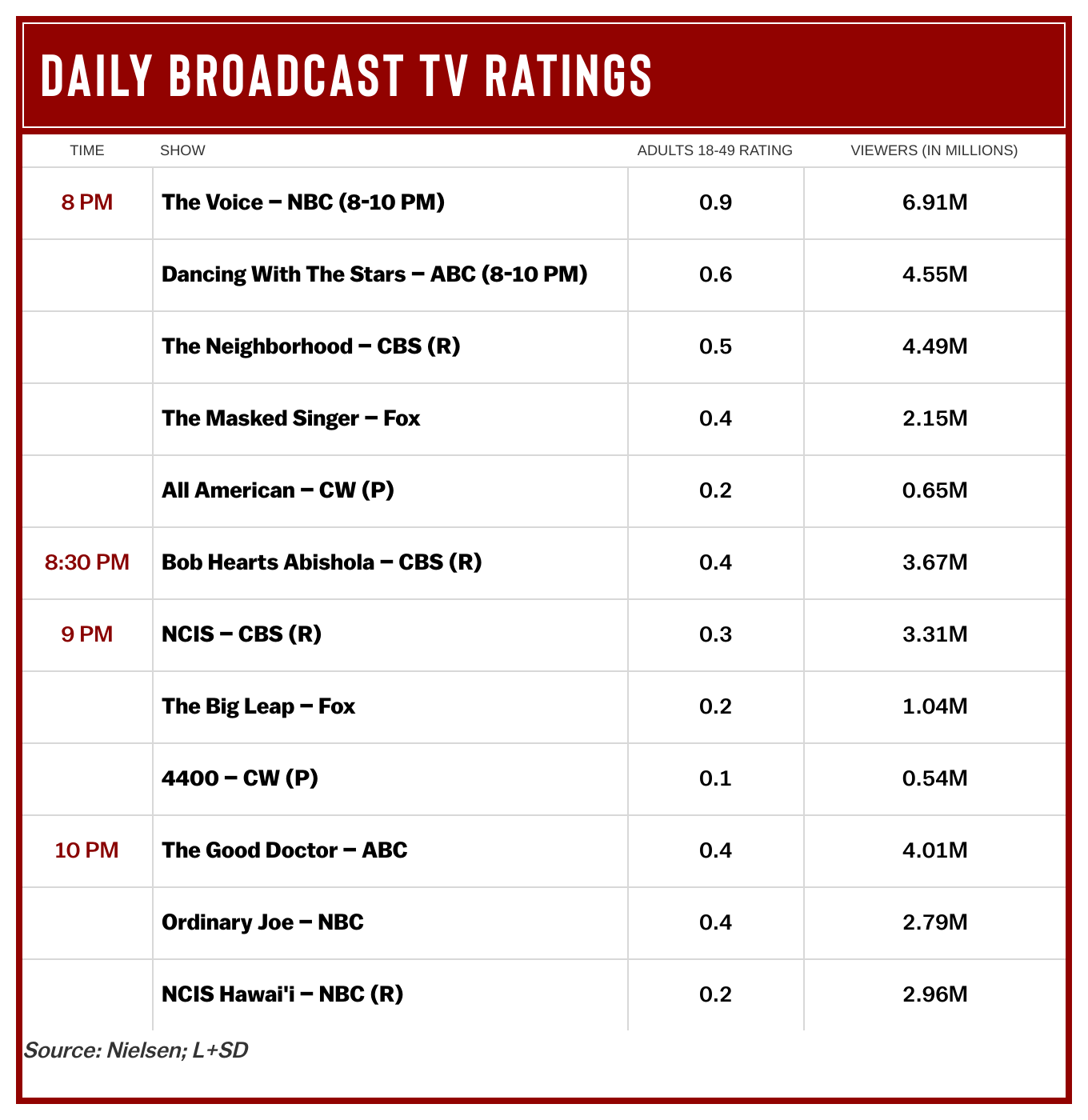 Won’t Be “Bending To Anyone’s Demands” Over ‘Closer’; Praises Sarandos