TV’s favorite parents, Rebecca Pearson (Mandy Moore) and Jack Pearson (Milo Ventimiglia), haven’t always been mom and dad to “the big three.” Both Ventimiglia and Moore spent time in other shows and movies before ending up on our TV screens — making us cry — every Tuesday night on This Is Us.

Let’s take a look at what Moore and Ventimiglia did before This Is Us, how much they are worth, and what they currently make for each episode of the show. 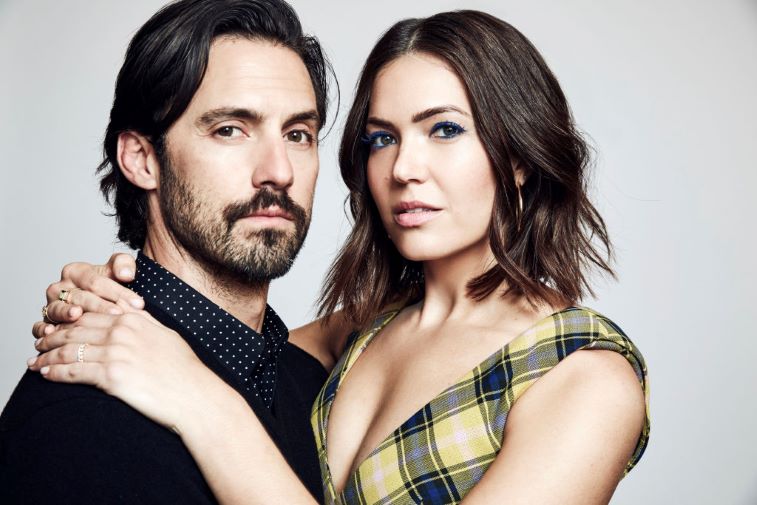 The famous This Is Us mother first became known in the late 1990s with the release of her pop albums, including So Real, I Wanna Be With You, and Mandy Moore.

In the early 2000s, she broke into acting with her roles in The Princess Diaries, A Walk to Remember, and Chasing Liberty. Later, she was the voice of Rapunzel in the Disney movie Tangled. She also starred on the small screen as the love interest of Vincent Chase in the HBO series Entourage.

Moore new music! My single "I'd Rather Lose" is out now ❤🎤 We live in a cultural moment of “win at all costs” and that may afford small victories in the short term…but this song aims to explore the idea of trying to live according to your moral compass…whatever that might be. It’s easy to run out of patience and give into temptations on any given day, but it seems like the only way of achieving the kind of long term peace of mind we’re all looking for, requires a recommitment to the concepts of honesty and integrity that ground us. On a macro level, that’s what this song aims to hit on….abandoning some game you never subscribed to in the first place. Listen at the link in bio!

In 2005, Moore started her fashion line, Mblem, which was a brand of knitwear and cashmere. Her main goal with the clothing line was to appeal to taller women, as she is 5-foot-10 and has difficulty finding outfits that fit well. The line was discontinued in 2009.

The star recently started getting back to the recording studio, with the encouragement of her husband, Taylor Goldsmith. Moore’s hard work in acting, music, and fashion has paid off tremendously. The This Is Us star is allegedly worth around $10 million.

How Milo Ventimiglia amassed his net worth through his acting career

Our This Is Us father figure had quite the repertoire of small and big screen roles under his belt before joining the cast of the NBC show. He landed his first role on television in the 1995 series The Fresh Prince of Bel-Air. He went on to guest star in various shows, such as CSI: Crime Scene Investigation, Sabrina the Teenage Witch, and Law and Order: Special Victims Unit.

Most fans know Ventimiglia as Jess Mariano on Gilmore Girls, which he starred in from 2001 to 2004. He then went on to star in Heroes as Peter Petrelli for four seasons.

A post shared by Milo Anthony Ventimiglia (@miloanthonyventimiglia) on Jun 28, 2019 at 2:44pm PDT

Ventimiglia also has been in various movies, including Rocky Balboa, Creed II, Pathology, and Kiss of the Damned. He began producing and directing in 2007. He recently directed an episode of This Is Us, which garnished excellent reviews.

Ventimiglia’s pursuit of acting, directing, and producing has paid off tremendously. He is allegedly worth more than Moore, an estimated $12 million.

How much do Moore and Ventimiglia make per episode of ‘This Is Us’?

Milo Ventimiglia and Mandy Moore made $85,000 per episode at the show’s inception, while Sterling K. Brown started at $75,000 per episode. Chrissy Metz and Justin Hartley rounded out the main cast of five with salaries of $40,000 per episode, according to estimates from Variety.

With the massive success of the show, the stars negotiated substantial pay raises in 2018 before season 3. The five main stars — Ventimiglia, Moore, Brown, Metz, and Hartley — each now earn $250,000 per episode of This Is Us, according to The Hollywood Reporter.