This Morning viewers were left feeling a little queasy today after a couple with a 27-year age gap revealed some candid details about their sex life.

But things got a little weird when Mason began talking about his very “high sex drive”.

Speaking to presenters Holly Willoughby and Phillip Schofield via live-link video, he explained: “I do have a little bit higher of a sex drive than she does.

“I’ve always been a highly sexually driven guy. I know I don’t look like it but I am.”

He then went on to explain that his webcam model girlfriend is sometimes too “tired” to get busy under the sheets due to her hectic work schedule.

The actor – who shot to fame after appearing in 70s American TV adverts such as Underwood Deviled Ham, Post Raisin Bran, and Dunkin’ Donuts – then revealed to the public the amount of times they couple have sex each week. 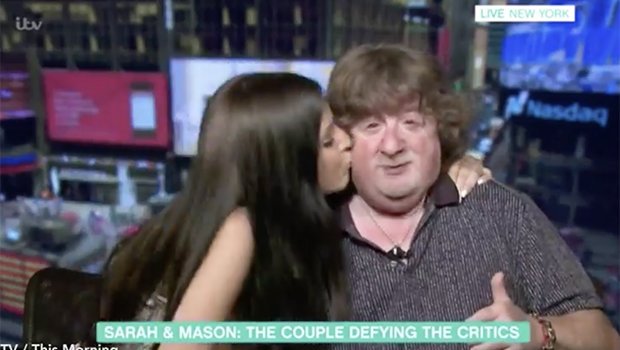 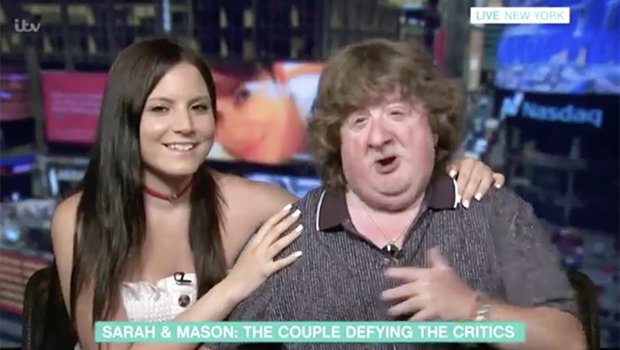 He said: “We have sex an average of twice a week.

“I might be happier with three [times a week].”

A flabbergasted Holly and Phil couldn’t hide their shock as they awkwardly giggled.

And the shock statement didn’t go unnoticed by viewers at home either, who flocked to Twitter to share their thoughts. 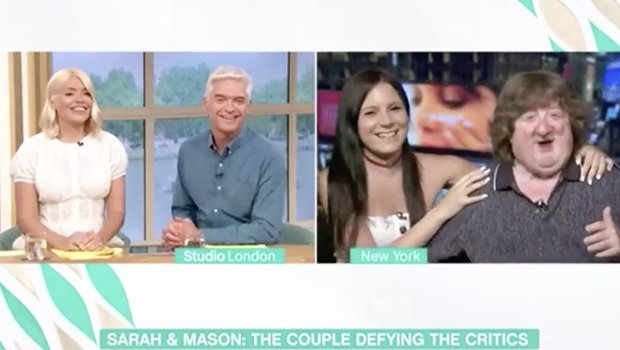 One user wrote: “Sarah is happy to have sex only twice a week. Mason wants it more often. Says it all, doesn’t it?”

A second chimed: “Phillip Schofield trying to hold back the laughter when Mason says it’s twice or three times a week!”

While a third person seemed unsure about whether the couple’s romance was genuine, asking: “Is anyone else cringing at Sarah on This Morning. Trying to convince us that she really likes Mason. So embarrassing. Mason mate, run away.”

This Morning airs weekdays from 10.30am on ITV.