THIS Morning's Holly Willoughby and Phillip Schofield were forced to flee the set after an enormous light threatened to fall on them.

The pair were about to talk to guest Matthew Wright when a clanking spotlight started twisting around on the ceiling. 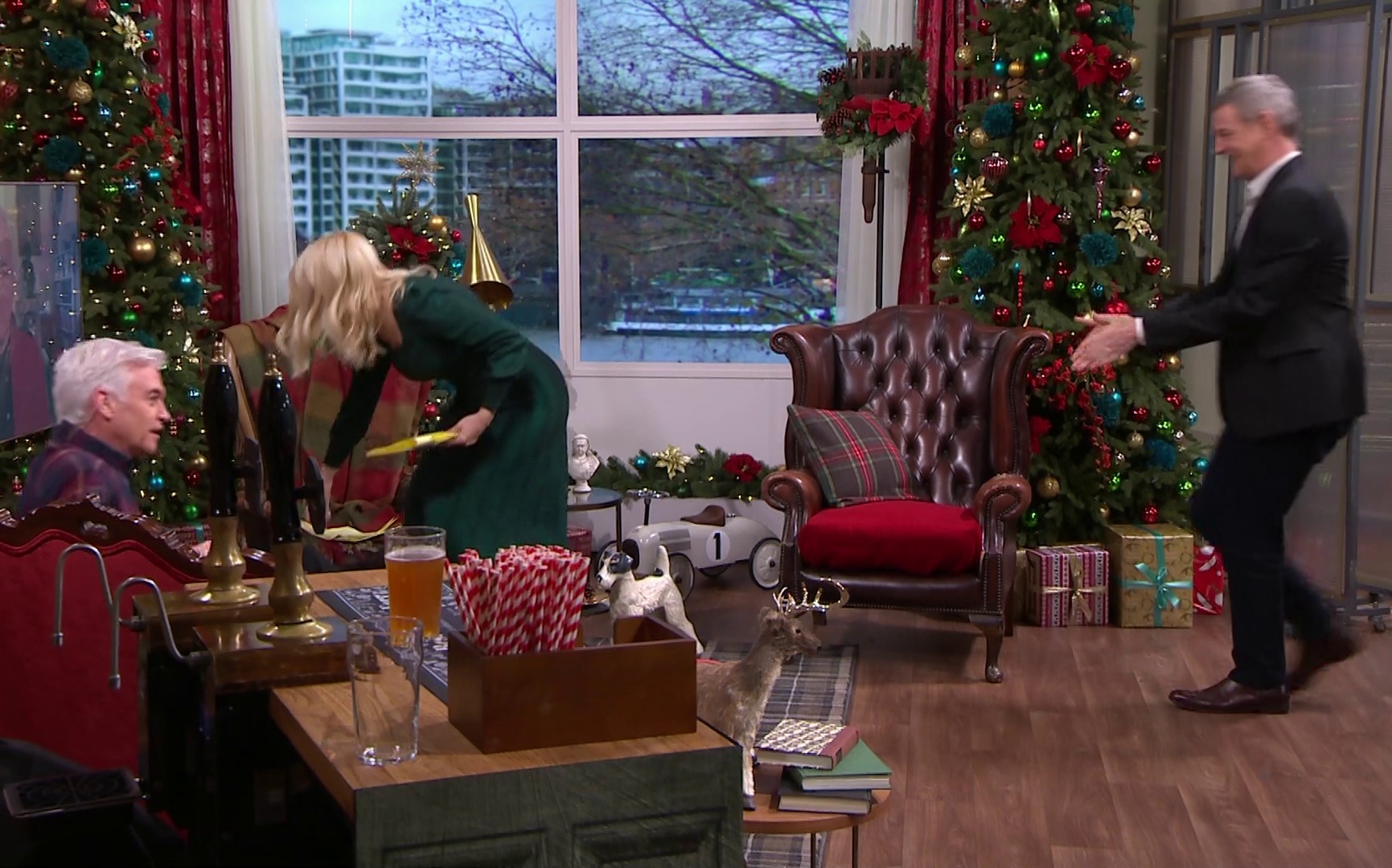 The trio were left looking nervously up at the rattling light, which would have seriously injured Matthew if it fell.

Sounding panicked, Phillip said: "What is that? There's something jittering in the roof. Something's moving up there – and it's not meant to."

Matthew, who was in the studio for the news review, asked: "Can I move? No? I can't?"

Phillip told the 55-year-old star he couldn't shift any closer because of social distancing rules, saying: "You're not allowed to. 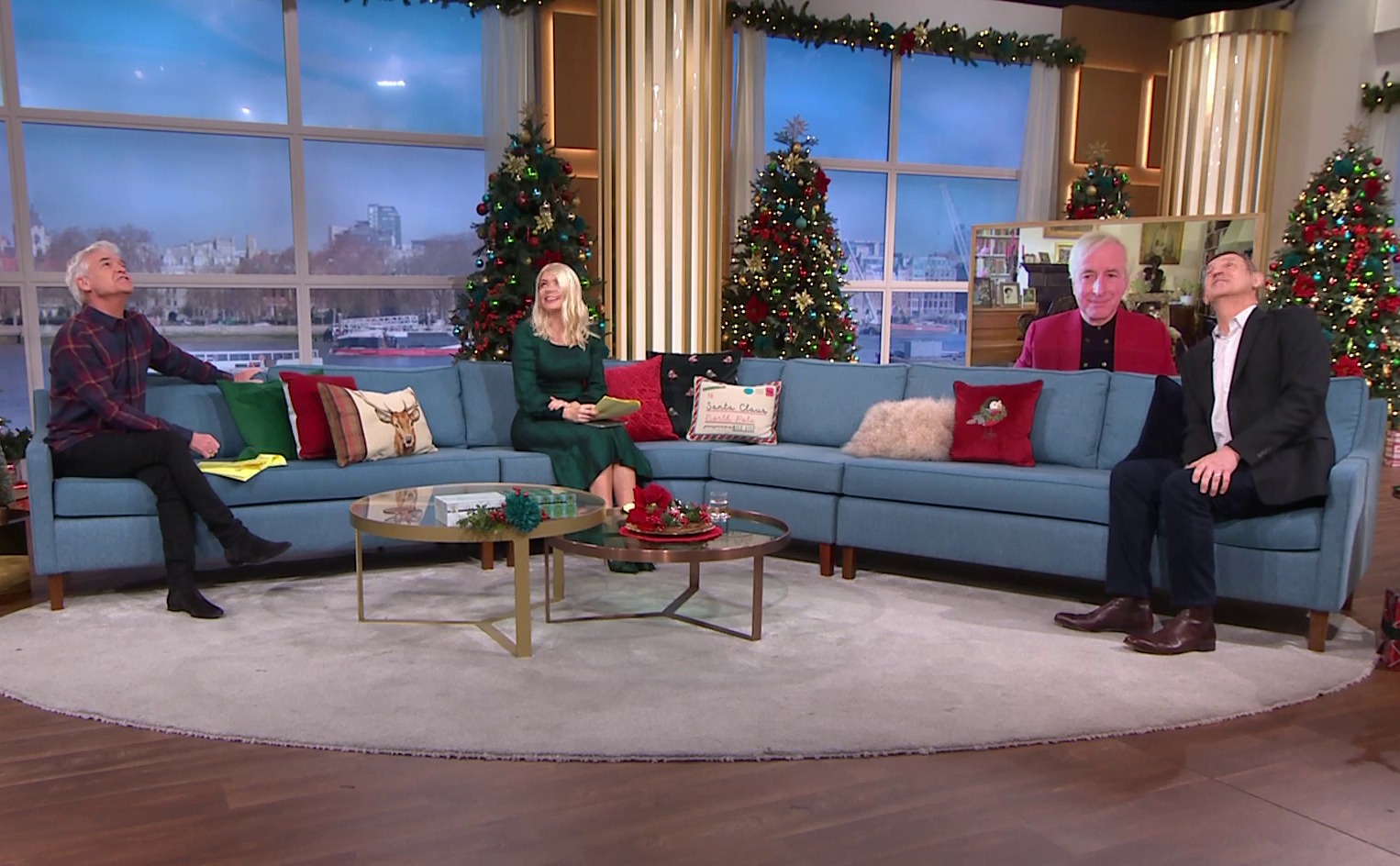 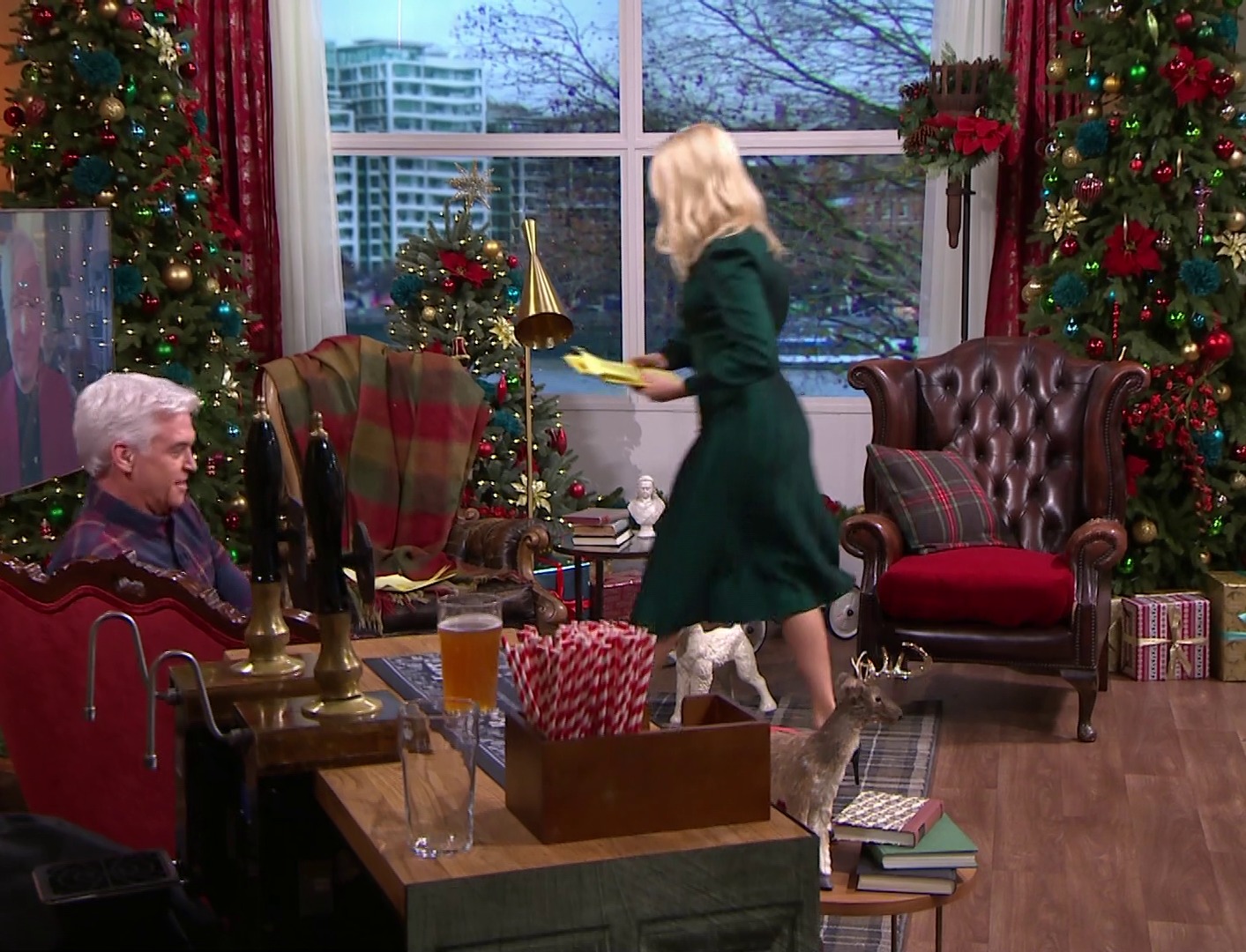 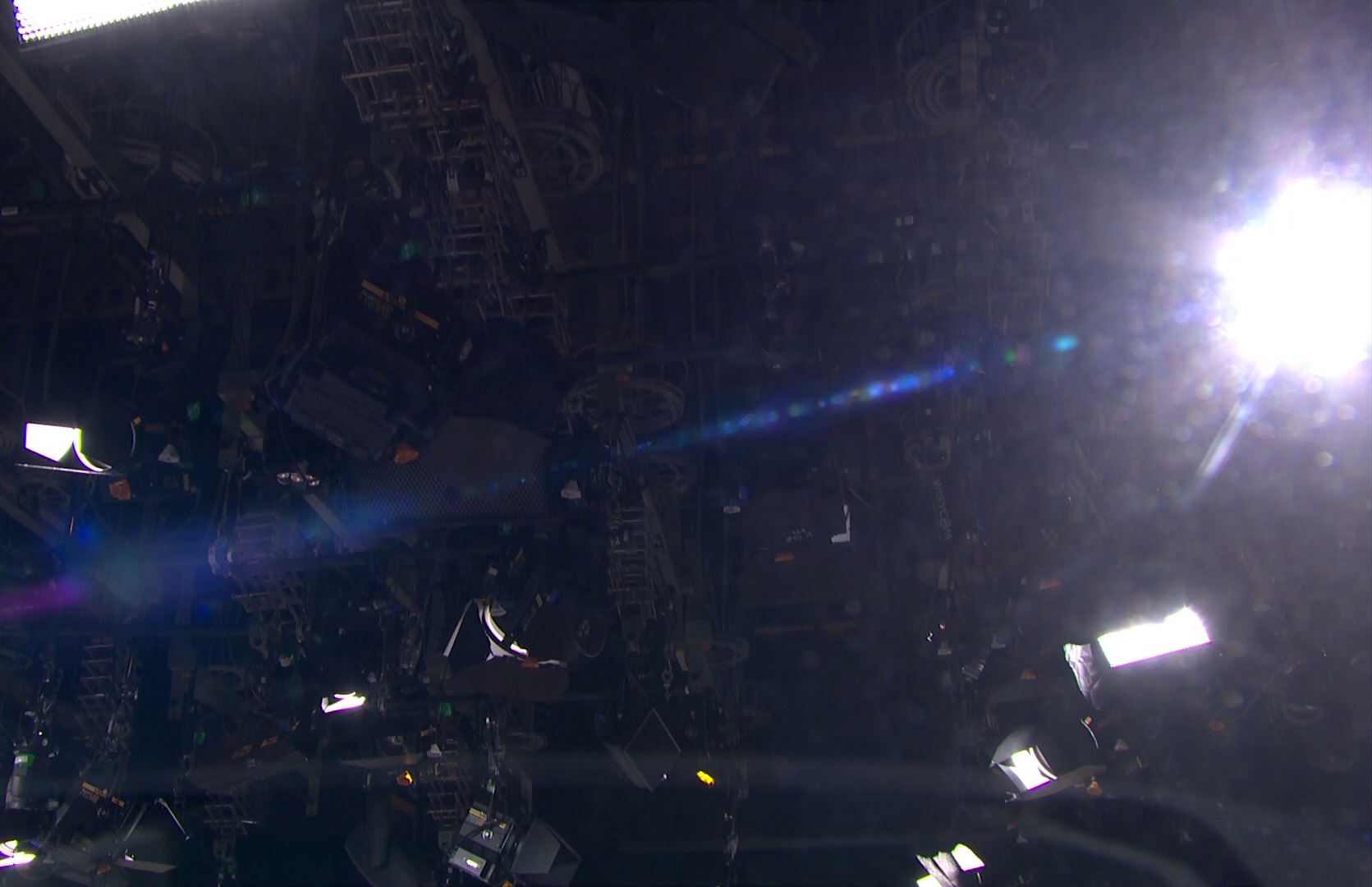 "If it comes down you'll have to take it full on the head. Do we know what it is? I've never, ever seen that before.

"What we need is an assurance from the lightning department that everything is OK. Lighting – is it all right?"

The three of them then decided to run for it with Holly saying: "Shall we go to the pub?"

Phillip was the first to make it over the the other side of the room to the This Morning Arms. 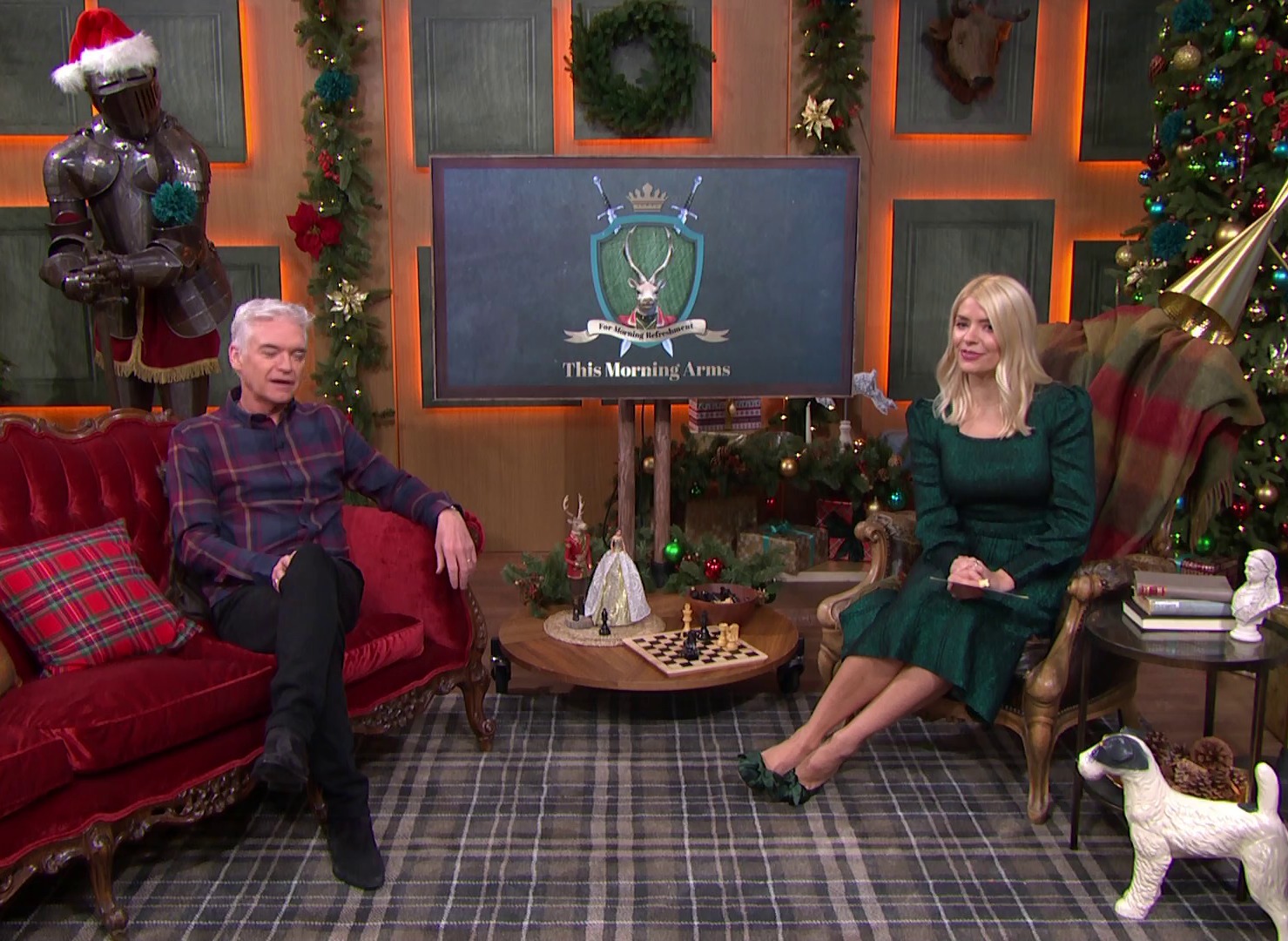 The show now has its own boozer after a Christmas makeover and the presenters ran over to it in case the light came down.

Phillip later explained to viewers that the wires of two lights had got intertwined, causing them to clash into one another.

The presenters later returned to the main sofa area after the problem was investigated during an advert break.